Indio, California: And you may be confused after you read this column.

DT was away golfing, so I had a day to myself, to continue my recipe testing. I even walked two miles to the grocer for a few items. It was more fun walking to the store than the two mile return trip schleping my purchases, but this process easily ticked-off my coveted 10,000 steps and we have fresh berries for breakfast. 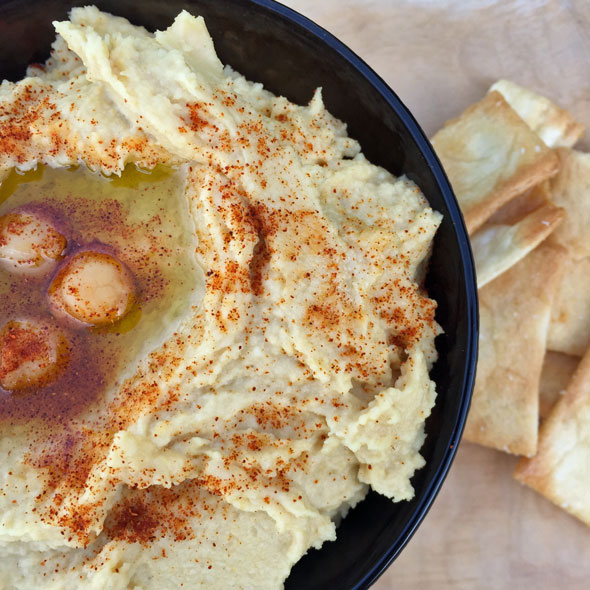 Hummus - my recipe will be shared in the March 2015 RV Goddess Newsletter. Sign up here.

Early in the day, I had butterflied a chicken and rubbed it with a paste of with zaatar, lemon juice and olive oil for Shabbat. I had made a batch of hummus for an appetizer. Then I noticed a recipe in the March 2015 Sunset magazine titled Roast Chicken Salad with Rosemary Croutons and White Bean Hummus. The recipe called for a zaatar-rubbed roasted chicken (or a rotisserie chicken). Hey, I had that! Then is called for hummus. Hey, I had that! The only thing not on my menu plan were Rosemary Croutons. I had bread. I could make rosemary croutons.

Except Sunset magazine messed up. Slipped a comma. Made a misprint. Doesn't it sound like rosemary croutons are involved in the recipe? Nope. The rosemary is in the hummus.

Sheesh. I had my belly heart set on rosemary croutons!

We enjoyed hummus with pita chips while DT grilled the chicken. I tore chunks from a baguette, tossed them with a little olive oil and fresh rosemary from our herb garden, and baked the croutons. 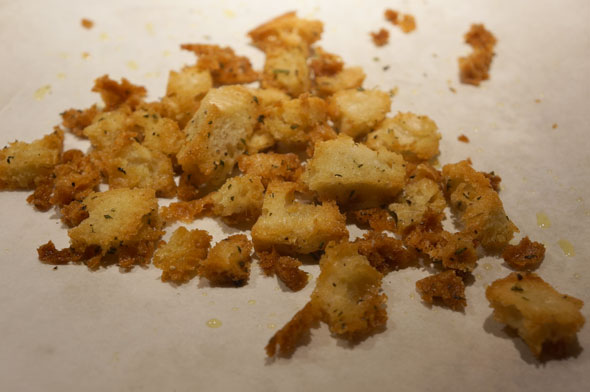 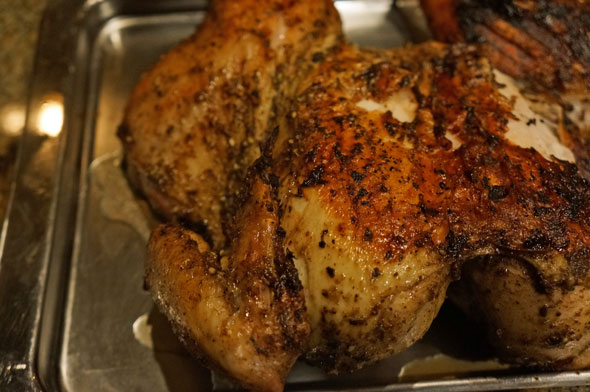 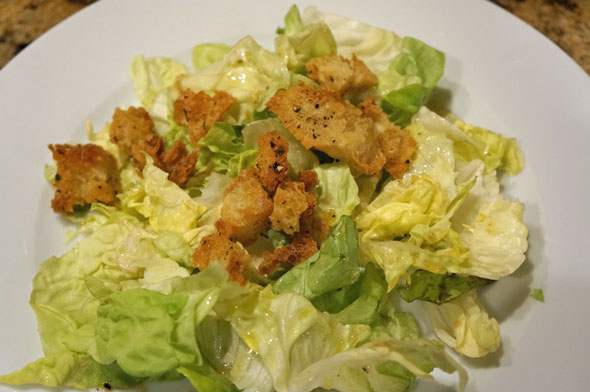 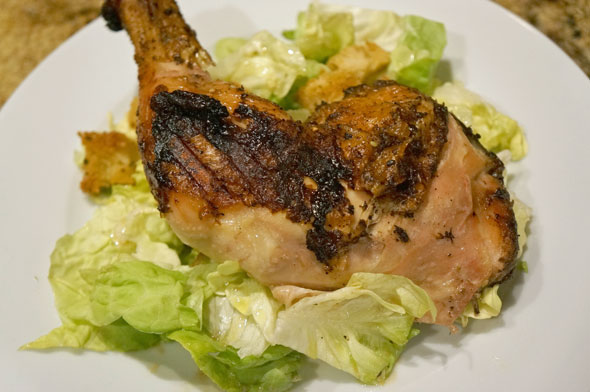 Maybe Bell Street Farm should add rosemary to their croutons? They were delicious.

Until my next update, I remain, your House of Cards binge-watching correspondent.