Indio, California:  It has grown to be a tradition that the kids spend the New Year holiday with us in Indio. We play games, swim, ride bikes, golf and have Fettuccini Alfredo - the most unhealthy dish I can imagine - before the resolutions begin in the morning. We watch the ball drop in Times Square (live, on New York time), so the grandkids can get to bed at 9... yet they think it is midnight (this scenario will not last much longer, eventually they will be able to read a clock)... and the adults can finish-up the dishes and get into bed a few moments later. This Bubbe business is exhausting. 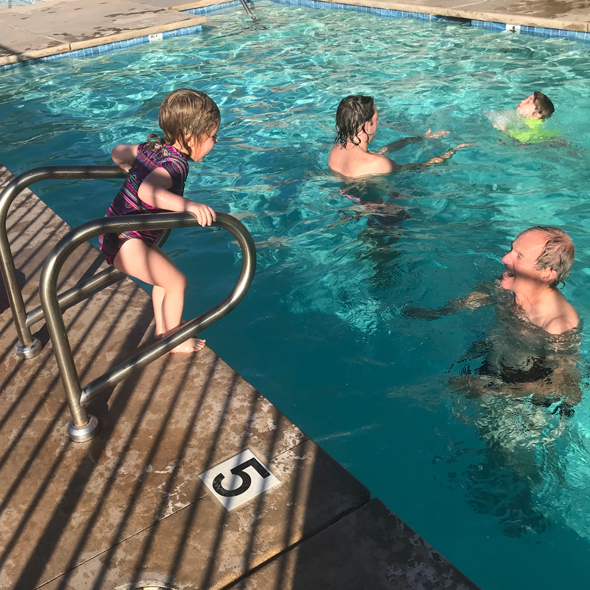 Saturday afternoon at the pool

Lisa asked me to get a can of Reddi-Wip because we were going to play Leo's new Pie Face game. Oh, Joy! 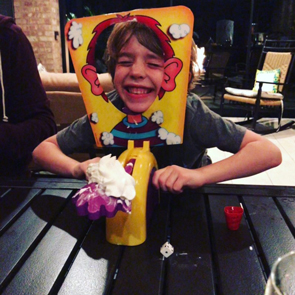 We played three rounds. I was splatted with Reddi-Wip every dang time. Leo's face! The anticipation! And, the thrill of watching your parents and grandparents get a pie in the face. Lucy refused to play. Smart girl.

We had reservations for a table at the very fancy Empire Polo Club on Sunday - the first day of the season. We arrived between games, found our table and settled-in a bit before the kids were attracted to the huge grass expanse. (A polo field is the size of nine football fields.) 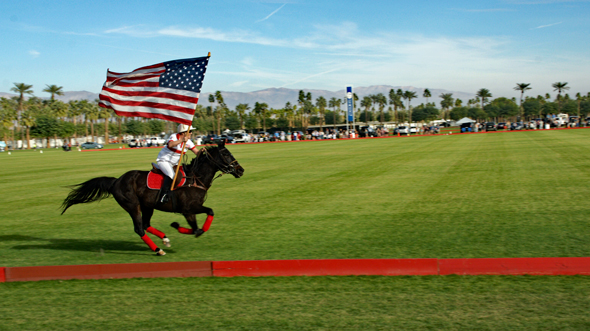 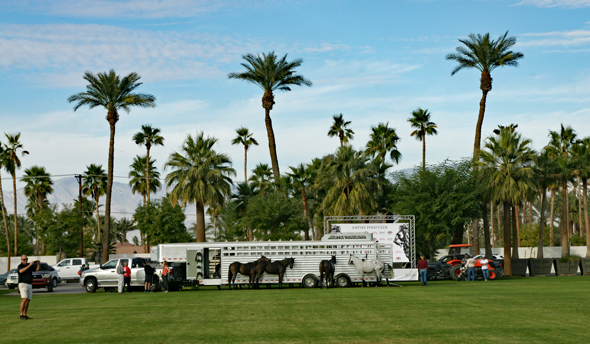 At the break, it is tradition for the fans to access the field (with a flute of bubbly) and stomp-down divots made by the horse hoofs. It is a very fun activity, especially for the kids. Waiters stand field-side with trays of champagne. We were joined this afternoon by Lenny's younger brother, Eli, and his wife, Beth. Beth and Eli are expecting a baby this spring! 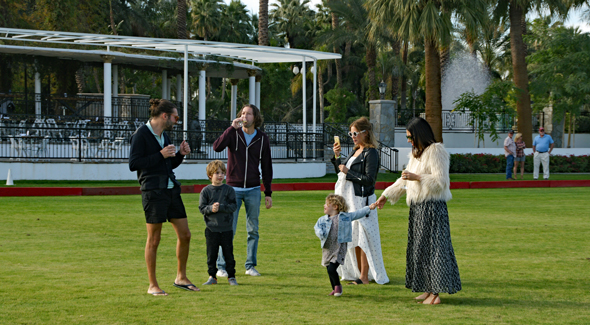 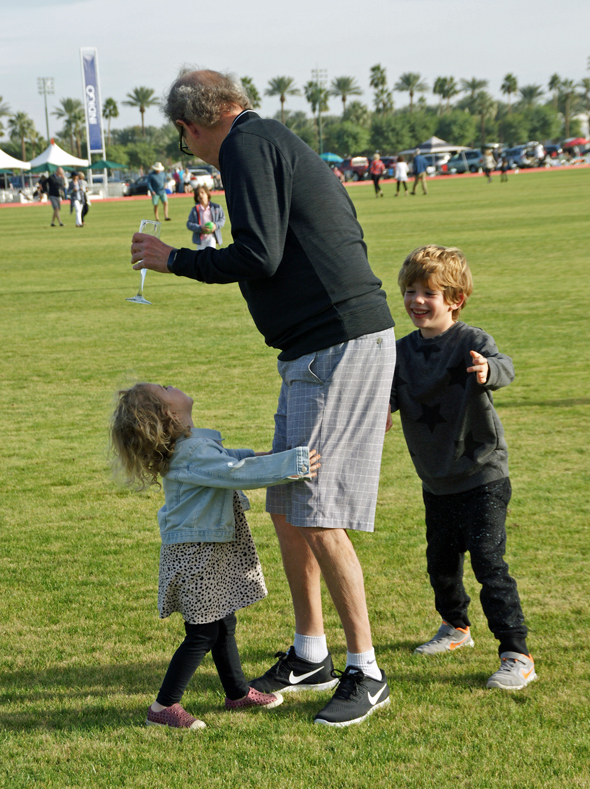 Not sure this group stomped our fair-share of divots. 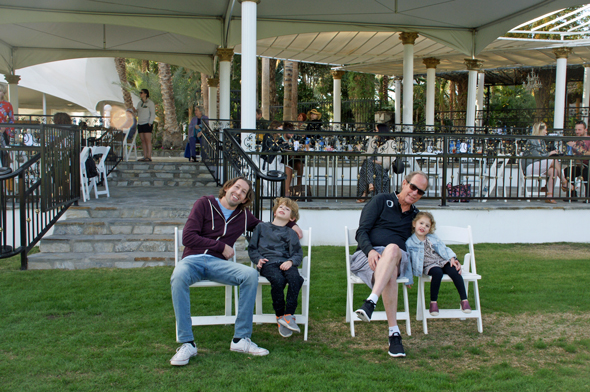 After the break, we started moving our chairs closer to the action. (Maybe you can see Beth and Lisa at our table behind Lenny, Leo, Dave and Lucy?) Lucy loves watching the trainers walk by with the beautiful horses: 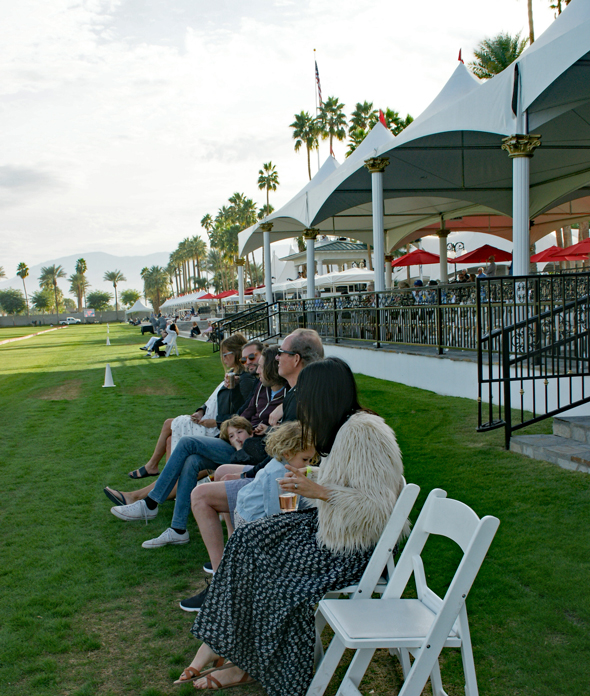 Soon, we were all down on the field 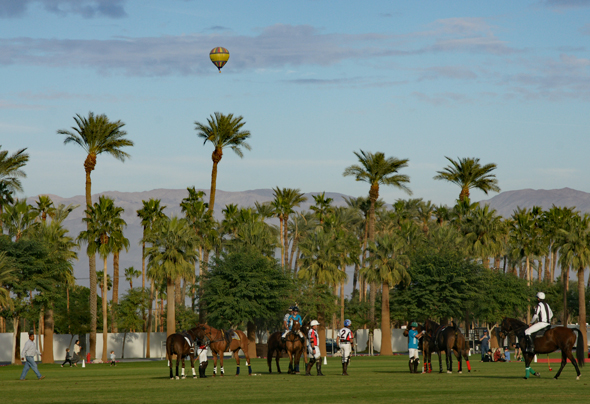 One rider down; one hot-air balloon up 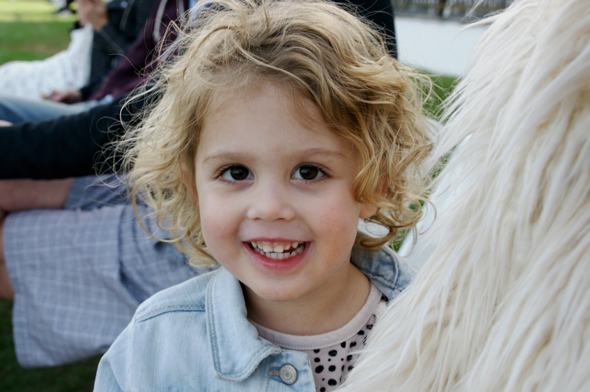 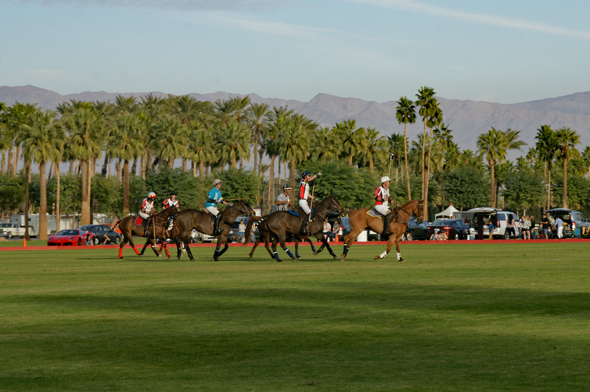 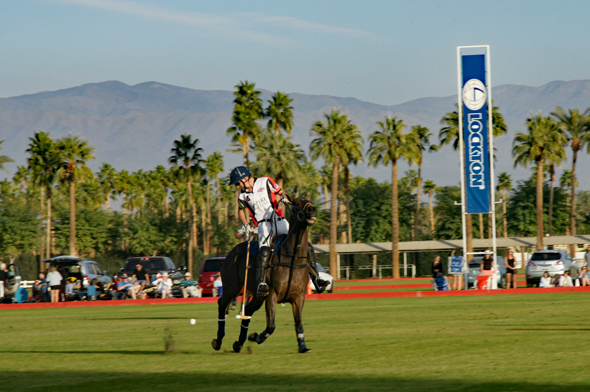 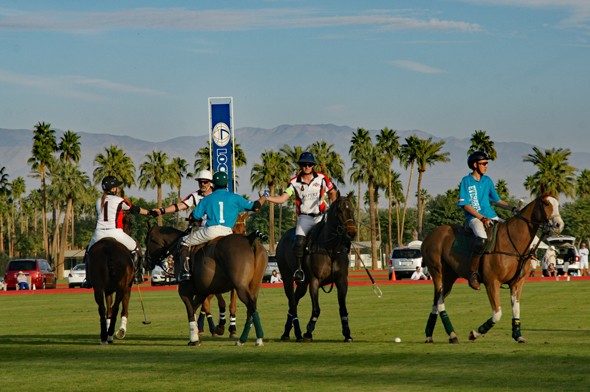 Nice match, gentlemen. Empire 13, Evergreen 9.
This was the highest-scoring polo match we had ever witnessed. 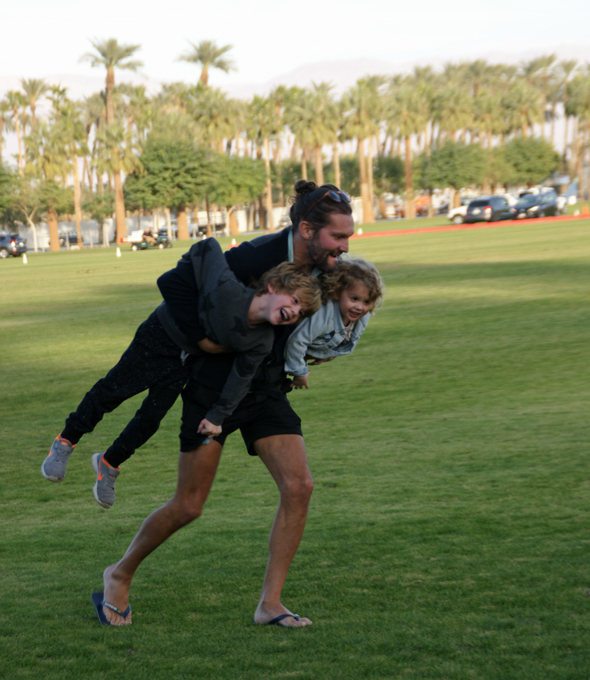 A little more rough-housing, then we all came back to our campsite, decorated with streamers, balloons, party hats and noise makers... then settled down to enjoy a platter of fat... 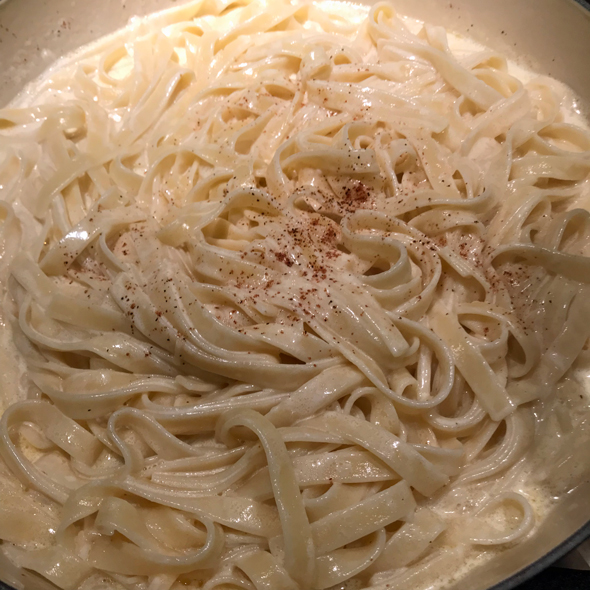 Though we were all in bed hours before midnight on the west coast, we were all shaken from our beds at 12 o'clock due to horns blasting, noise makers and a sky filled with fireworks. It really was fun - and pretty.

Best Wishes to you all for a wonderful 2018!