Paso Robles, California: So... there is a city in California known for their wines, beers and olive oil and we have never visited. Officially El Paso de Robles (The Pass of the Oaks, in English), Paso Robles was just a sleepy little town on Highway 101, known for hot springs and almond farming, until the wine business took-off and hoards of tourists arrived.

We only had a 120-mile journey today, which was naturally delayed due to yet another conference call, but it was a pretty drive over rolling hills, miles of almond orchards and a few very ugly oil wells.

When we arrived to claim our reserved campsite at the Vines RV Resort, there was another large motorhome in line ahead of us, checking in. They were unhitching their tow car and told us the office was closed, but an attendant had given them their site number, and they were going to have to back-up a bit to make the turn to their site. This is where it became interesting. There may have been a bit of squabbling between the two travelers and the driver backed into a lamp post and - crash - broke a lamp off the pole! Oops. We were also given our site number and told to return to pay later. Luckily, no backing-up was required for our pull-through site. DT's comment? Don't you just love RVing?

After settling in and having a quick bite to eat, we hopped in the Honda and drove into town (about four miles) to get our bearings. Paso Robles is so pretty. Like so many small California towns, the center holds a large square with lawn, trees and the obligatory band stand. So shady and calm. Shops and restaurants line the square, and even on a Wednesday afternoon, diners filled sidewalk tables, people were shopping and things felt quite lively.

This weekend, Paso Robles celebrates their annual Wine Festival, and we have signed-up for two exciting (to us) events. 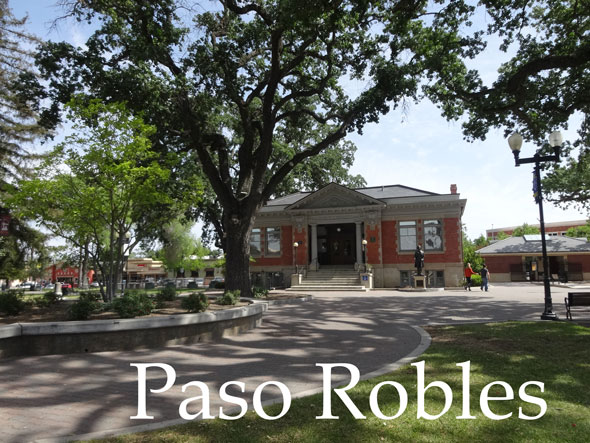 City Library, on the square 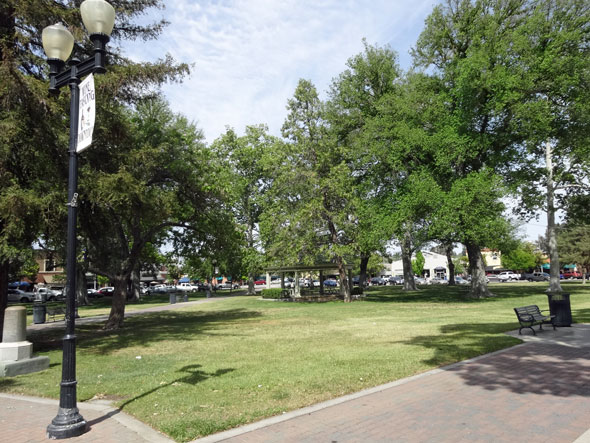 We walked up and down and around and around. We stopped in a shop that sold hilarious (and fairly raunchy) greeting cards. Later, we met Jean Higgins, owner of Di Raimondo's Italian Market and Cheese Shop. Jean carries a large selection of local and international cheeses, charcuterie, and Italian groceries. We bought a bit of local Holey Cow, a Swiss-style cheese made by Central Coast Creamery in Paso Robles.

After all our strolling, DT decided he needed a beer. We visited the Downtown Brewing Company (even though they do not brew beer!) for a pint. The pub claims to have the largest selection of brews in the area. 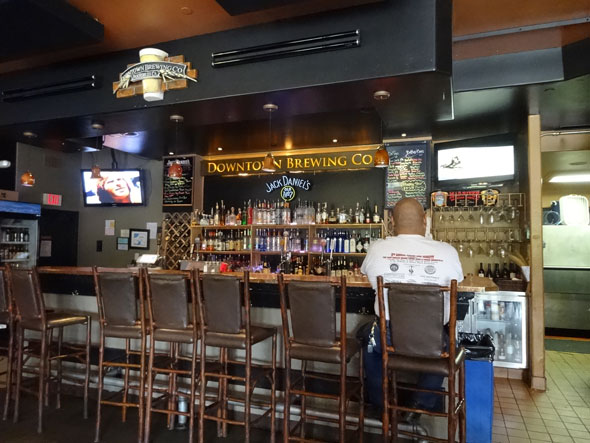 Just a few tables were filled at the upstairs restaurant (with views over the town square) as it wasn't quite Happy Hour. Yes, Dear Readers, we were day drinking. 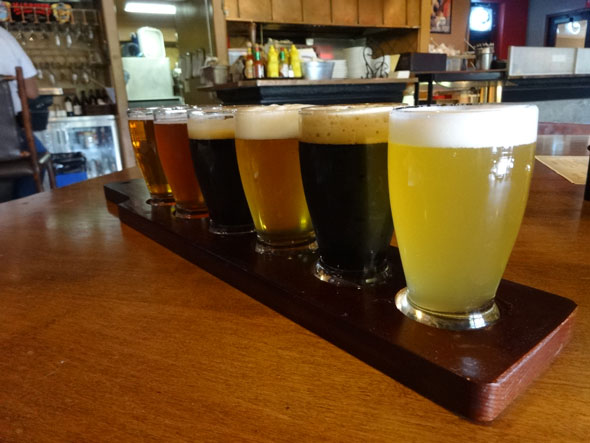 Dave had a "flight" - which is a few-ounce sample of several different beers. He ordered Sierra Nevada Kellerweis, Belching Beaver Peanut Butter Milk Stout, Bear Republic Racer IPA, Mendocino Double Smoked Porter, Figueroa Mountain Danish Red and Rogue Seven-Hop IPA. He did not finish the Peanut Butter Stout, nor the smoked porter. I had a taste of the peanut butter drink and it seemed like dessert. What kinda of Duck wouldn't test out a Belching Beaver beer and report it was just as awful as you could imagine a peanut butter milk stout would be.

I wasn't going to have a thing at the Downtown Brewing Company, but noticed a Jalapeno Margarita on the menu. Sold! 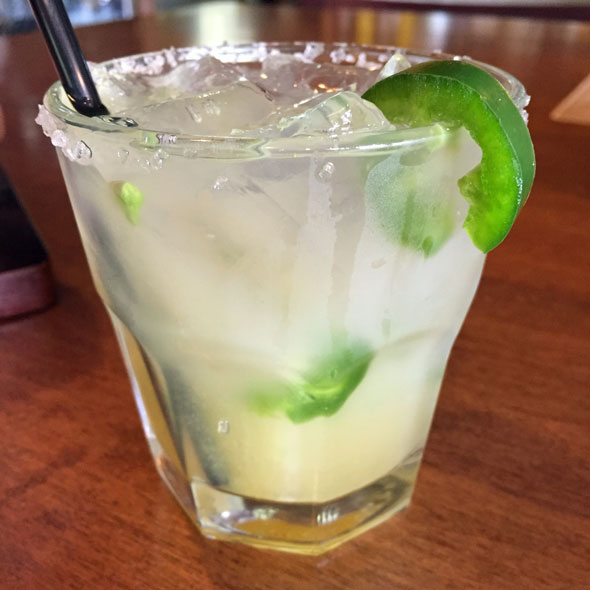 It was basically my Real Margaritas recipe (3 parts tequila, 2 parts orange liquor, one part lime) with a few slices of muddled fresh jalapeno. So delicious. The bar used Hornitos Reposado and Patron Citronage. Going to try this at home/RV soon.

Dinner tonight was a very nice surprise. A Goddess does her research. Reads reviews. Asks around. Still, I never know if we are going to get a winner or a whiner when it comes to choosing restaurants in a new local. Tonight we had a winner in El Cortile(The Courtyard) at 608 12th Street in Paso Robles. 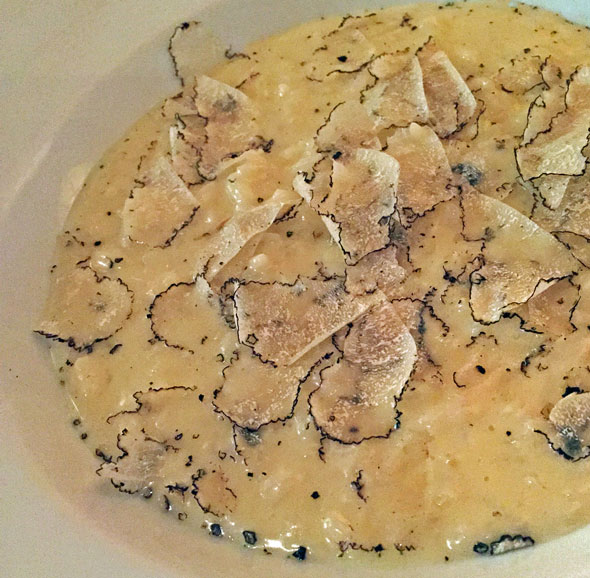 There were very few Kosher-friendly items on their menu this evening - but I found wonderful things to enjoy. An appetizer with caramelized fennel (!) on brushetta (grilled bread), topped with burrata (soft cheese stuffed in fresh mozzarella). A chopped salad with arugula, cherry tomatoes, fennel, radicchio and Kalamata olives. DT had a very non-Kosher spaghetti with (shelled) shrimp and (shelled) clams in a white wine garlic sauce, topped with shaved bottarga (dried mullet roe). My dinner won the prize! A "simple" risotto in chicken stock, truffles, cream and butter - topped with more shaved truffles. I will have to run 3,451 miles tomorrow to work off the calories, but it will be worth every step. No, I could not finish this rich dish, but I gave it a very good try.

Fun activities planned tomorrow. Until my next update, I remain, your Pasocorrespondent. 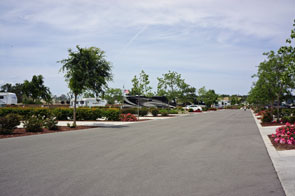