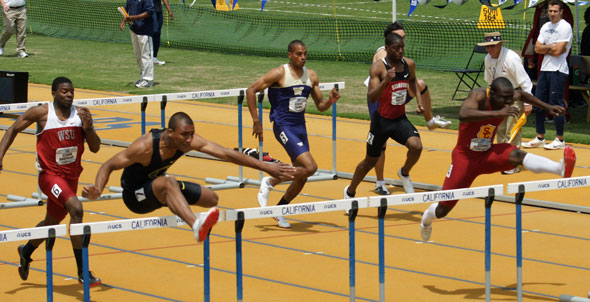 Superman Ashton Eaton ran a few more races today at the stadium in Berkeley, California - he won the hurdles, was 2nd in the 100m and ran a leg in the 4x100 relay. (Don't forget, Eaton is a decathlete.) Oregon men won with 168.5 points - 39.25 of them scored by Ashton Eaton. 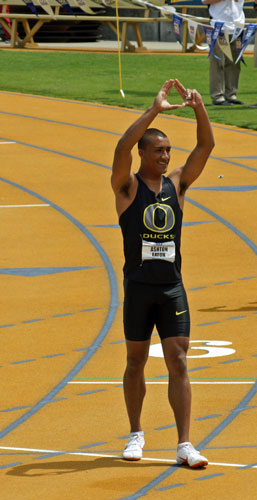 Ashton Eaton always thanks the crowd after his event. Here, he flashes us the "O". Apparently his Superman cape is invisible, because it never shows up in a photograph. 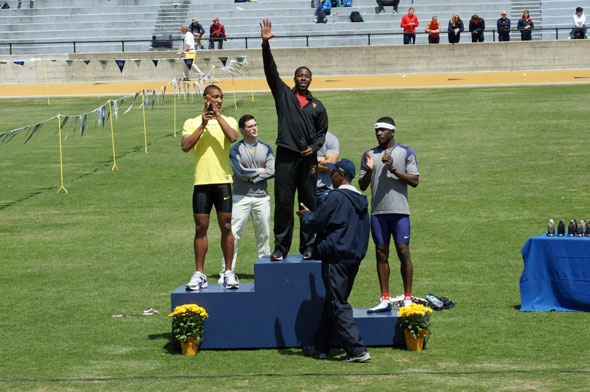 Here is something you don't see very often - Ashton receiving a second-place award. Yes, folks, Ashton was only second in the 100m final. Ahmad Rashad of USC won the title. Rashad is unbelievably fast.

So many members of the team ran three, four or more times. AJ Acosta ran the 1500 (plus 1500m heats), the steeple and the 5000. So many of the sprinters ran their races and were on relay teams. Competition was fierce - and it was just a fabulous meet.

The Oregon women won with a score of 215 points - an uncommonly high mark. Duck women rule! Read more about the meet here. 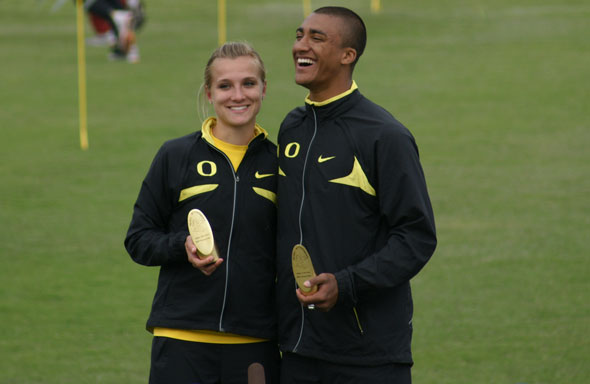 Guess who were named "Athletes of the Meet"? Yep - our multi-event champions - Brianne Theisen and Ashton Eaton. 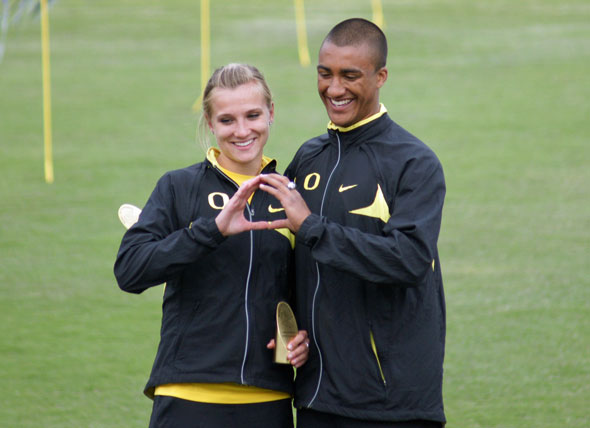 Isn't that sweet? They have formed an "O" with their hands... but it may as well have been a "heart". They have been dating for years. 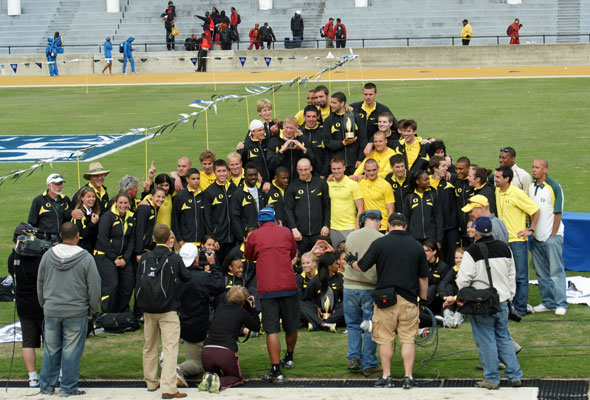 After the meet, the teams posed for photographs.

Then they took a victory lap. 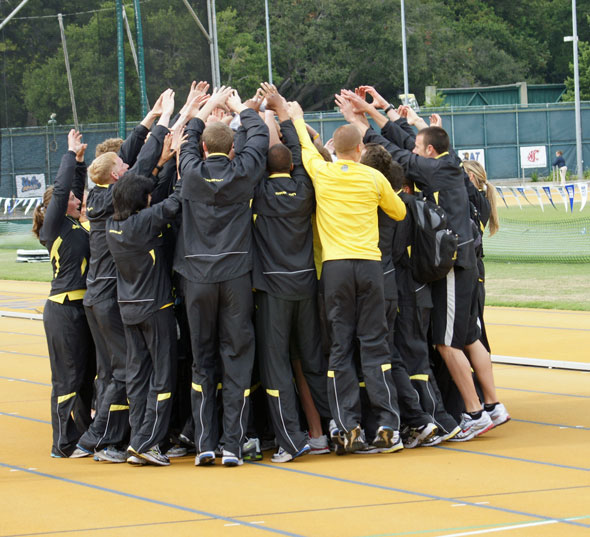 Then, I guess a group hug was in order.

It was a wonderful day and I am so proud of the Oregon team!

DT and I are exhausted. We are over-tracked. We are over fed. We have consumed too much fine wine. Tomorrow, we are pointing the Magna Peregrinus north... taking the scenic route, of course. Until my next update, I remain, your GO DUCKS correspondent.

FYI: The RV Goddess gets a mention in Tim Forbes column yesterday.

RV Park:  - Skyline Wilderness Park. This campground is operated by county. The 39 sites are cozy and on gravel. Some full hook-up 30/50-amp sites, but most sites are water and electric only. Bathhouse on-site, and a laundromat just a few blocks down the road. The park has miles of hiking and equestrian trails and actually has a path that leads one mile to the river where it joins the trails at Kennedy Park. Though very rural, this campground is just minutes to downtown Napa and would be a good choice if you are camping with kids. Dogs are allowed in the campground, but are not allowed on the trails. Strictly enforced!
« Ducks on Podiums Goodbye Napa »