Coachella, Paris, Tacos & The Past is More Present

Indio, California: I've been hangin'-low, hiding from all the hipsters, hippies and Hollywood starlets in town for the Coachella Music Festival. Except for terrible cold, windy and rainy weather the first two days, the festival was another great success and from the sounds coming from the polo grounds through my RV windows - last night was a total rager. 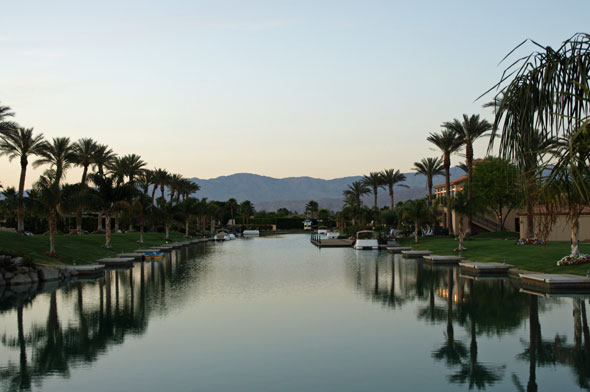 At around 11 o'clock last night, the crowds were screaming so loud, I thought John, Paul, George & Ringo had taken the stage... but instead it was another dead guy - Tupac - who appeared via a hologram on stage with Snoop Dogg and Dr. Dre. I would link the video but the gangstas dropped the F-bomb more often than Tiger on the 15th hole at the Masters. Let's just say this performance is all over the news, facebook and the twittersphere. Angela said it was amazing.

Not that anyone in my general area was getting any sleep anyway, but I was awake tracking Mary & Cory's plane on the internet. Yesterday was Mary's birthday + to celebrate her youngest, Cory, graduating from college, the two girls decided to fly to Paris and Rome for a few weeks! (I guess Steve had to stay home to take care of the dogs?) 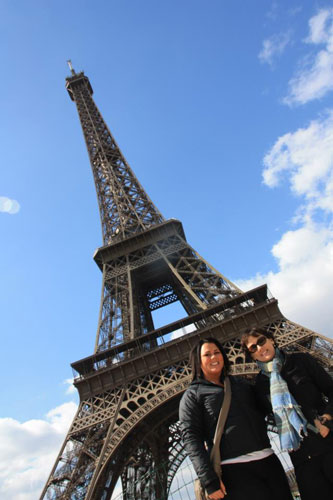 April in Paris: Cory & Mary at the Tour Eiffel Their plane touched down at Charles de Gaulle just as the Coachella concert ended and then a steady stream of private jets - laden with rock stars, models and celebrities - could be heard taking-off from the nearby Bermuda Dunes landing strip. For an hour! Coachella was over... until next weekend, when the entire thang will be recreated (and DT and I will head over to Los Angeles to avoid the entire scene). This weekend also marked the last day of Passover, so I was anxious to get my taco on. Eight days without tortillas makes over one week weak. I marinated chicken in my fabulous marinade and fired-up DT's grill. 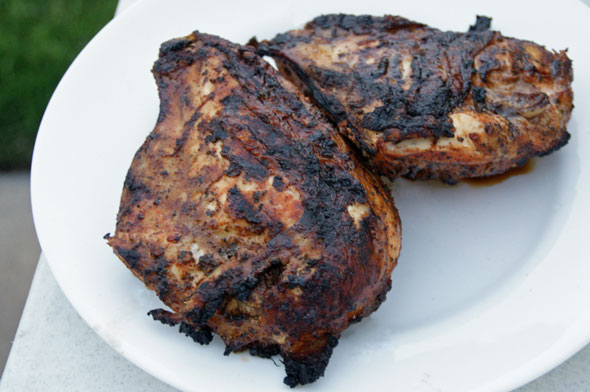 Maybe I am not such a great griller. Blackened chicken? 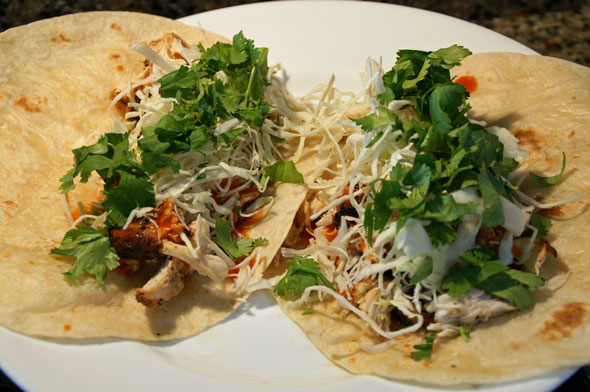 After I used DT's grill, I decided it needed a good cleaning. I turned the heat up and burned-off most of the chunks. Then I let the grill cool and gave it a good brushing with his wire grill brush. Still not satisfied with the results, I lugged the grate inside and ran it through the dishwasher on "pot scrubber" cycle. Not satisfied with that, I flipped it over and put it through another "pot scrubber" cycle. Semi-satisfied, I then had to spend 30 minutes cleaning the dishwasher and then had to run the dishwasher again - empty - to get it clean.

It would have been easier (and better for the environment) to drive down the street to a taco shop!

As I wrote the other day, I have several additional trips to add to this website. Old trips. I have already mentioned the Blues & Brews Trip from 2002, and the 2005 A-10 Basketball Tournament. Hold on to your hats, because I have now added a 2005 football road trip we took with Kathy, Woody, Mary & Steve in our RV's. This will bore all of you - except the few Readers who routinely send me locks of their hair. You won't want to miss us spending (only) $190 to fill our diesel RV tank or DT getting up-close and personal with Babe the Blue Ox.

For 2006, I have added the 2006 A-10 Basketball Tourney. We flew all the way to Cincinnati and GW lost in the first round on the first day. I would pretty-much advise that no one read this report.

Also in 2006, we took the RV down to Palm Springs to watch Reese while Lisa attended the Coachella Music Festival with her pals. We were away 28 nights and had a blast. On our way back to Portland, we stopped in Bend to visit my parents and were attacked by a grouse.

I have added-on to the front and back of a previous "Oregon-California Coast" trip. For some strange reason, I thought no one would be interested in the track meet we attended in Eugene prior to the coastal trip, nor the 4-day track meet we attended post. Oh, that's right, no one is interested. Well, there is that one day I became a Budweiser BEER MASTER:

It is difficult for me to add these trips to this website. Though I have proof-read and double-checked and triple-checked - no doubt - there will be errors. If you find one, feel free to inform me of my stupidity: terry @ rvgoddess.com. Thanks ever so much.

Back from the past - flash-forward to today. Kenyan Boston Marathon. Of the top 10 male finishers, 7 were from Kenya. Top three finishers were Kenyan. Fourth finisher was ex-Duck distance dude, Jason Hartman. Pretty awesome. 31 years of age!

This evening, Jim & Marci took me to dinner at the most-lovely La Brasserie in La Quinta. We enjoyed a lovely meal - outdoors on the patio. Aren't they just so sweet to worry about me being so very alone for ten days while DT works in Oregon? Thank you so much, Dear Friends.

Until my next update, I remain, your past-perfect correspondent.