Los Angeles, California: While they were away, Lisa bought tickets on-line arranged for Dave and I to take Leo to see the new Disney movie, Cinderella. Not only did we see the film, we saw the film in the Disney-owned, perfectly-restored, fantastic El Capitan Theater in Hollywood. Since Disney owns the joint, Olaf (from Frozen) entertained the kidlets with a song and dance before the show and the original costume worn by Cinderella was on display in the lobby.

Leo thought it was all pretty magical. 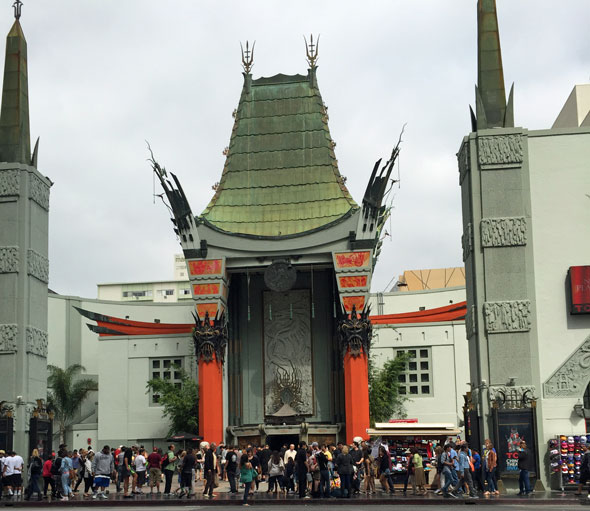 The El Capitan is across Hollywood Boulevard from Mann's Chinese Theater 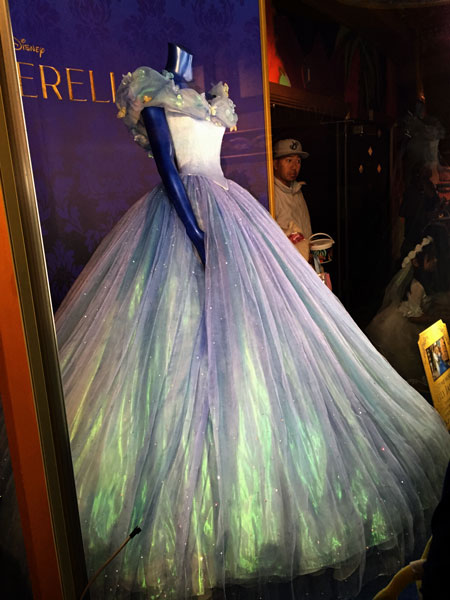 Joking aside - this dress is blue -
just a thousand flash bulbs were going off when I snapped this photo. 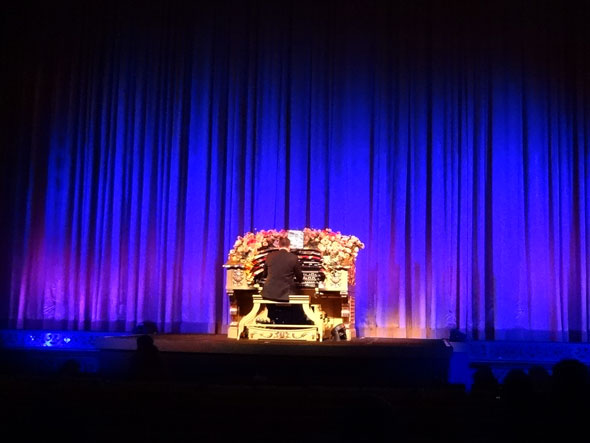 The theater proudly uses a 1920 Wurlitzer organ before the shows. The organ - and the organist - disappear below the stage via a mini elevator platform. Magic! 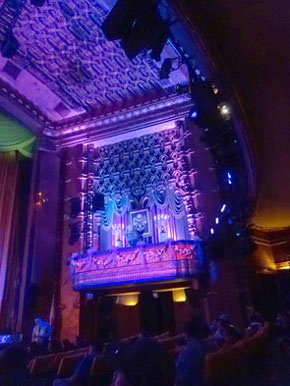 Identical opera boxes flank the stage. You may be interested to know The Muppet Movie was filmed at The El Capitan! Just imagine Statler and Waldorf heckling performers from these gorgeous balconies.

Olaf (the comical side-kick from Frozen) appeared on stage before the film began. He sang a song and danced. Leo was entranced. Me too. DT couldn't figure out how anyone could dance/move with their legs so far apart in a costume.

DT has a legitimate point.

Moments before the film began, Disney ran a "short" called Frozen Fever. The eight-minute movie is about Queen Elsa throwing a birthday party for her sister, Anna. Elsa has a cold, so leaves a few arrangements to others. Chaos ensues. It is very funny. Leo loved Frozen Fever.

Guess what, Grandparents? Frozen 2 is coming! 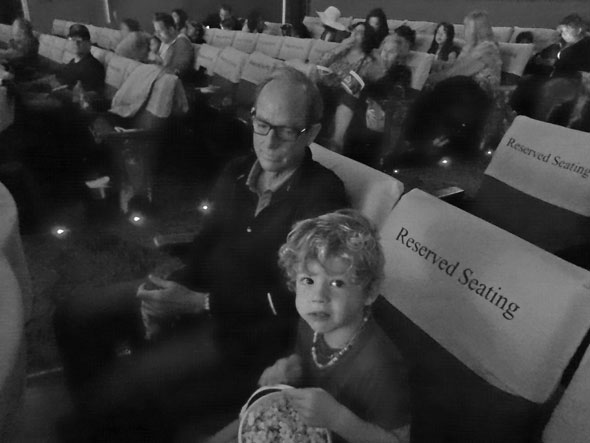 I did not use a booster seat. 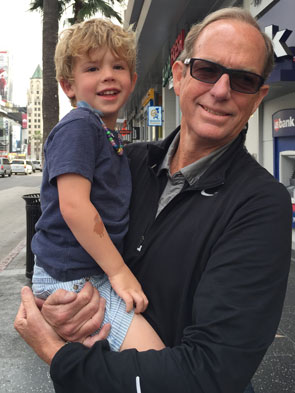 It was a great Sunday in Los Angeles!

Until my next update, I remain, your Hollywood correspondent.
« Los Angeles Zoo with Leo RV Beef Barbacoa Tacos (Crockpot) »