Indio, California: Hundreds of campers gathered at Marina Park at the Motorcoach Country Club to attend "Strut Your Mutt". This event, hosted by the activity committee was held as a benefit for local animal shelters. 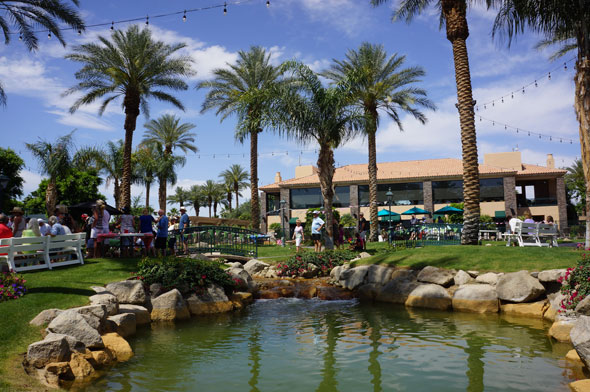 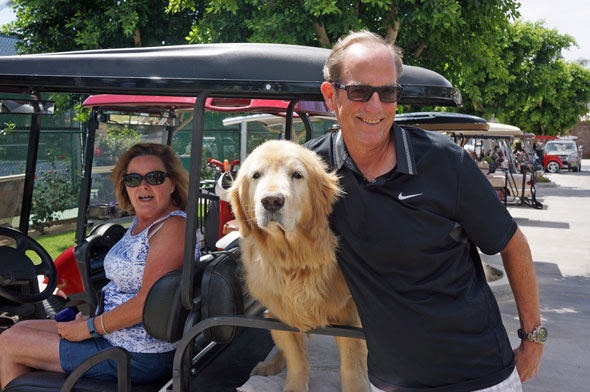 Dave with our neighbor, Rocky, and his Mom, Lois 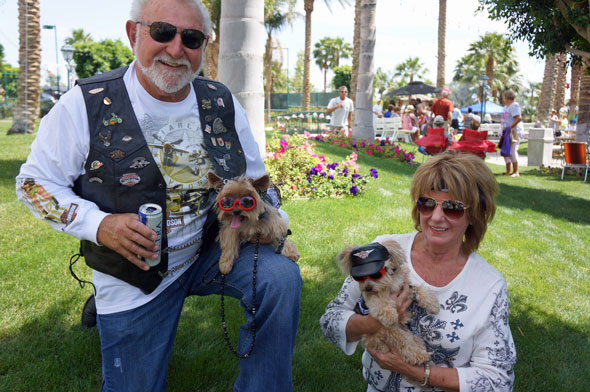 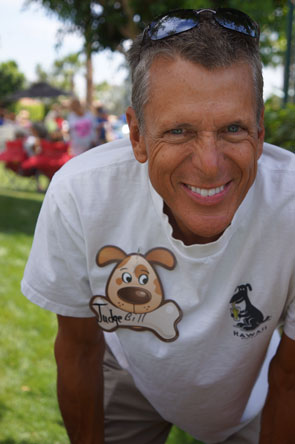 Doggles (goggles for dogs) and our friend, Bill - one of the contest judges 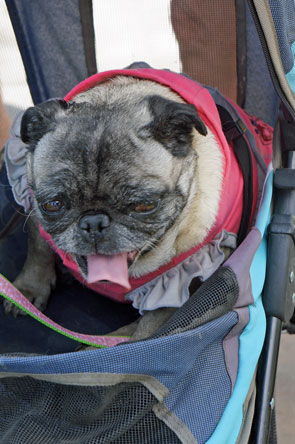 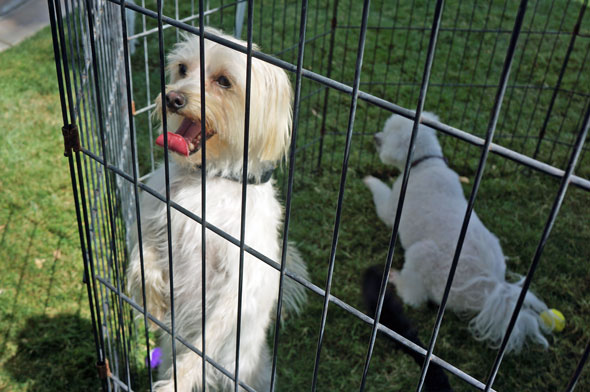 This little guy really wanted to go home with Dave. But he did not. 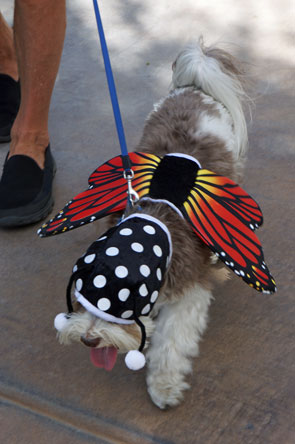 30-pound and over parade and a butterfly costume 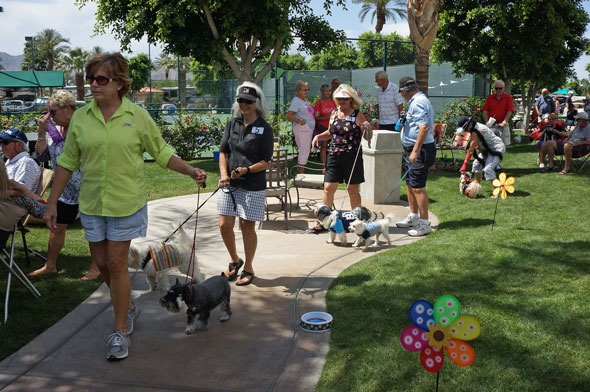 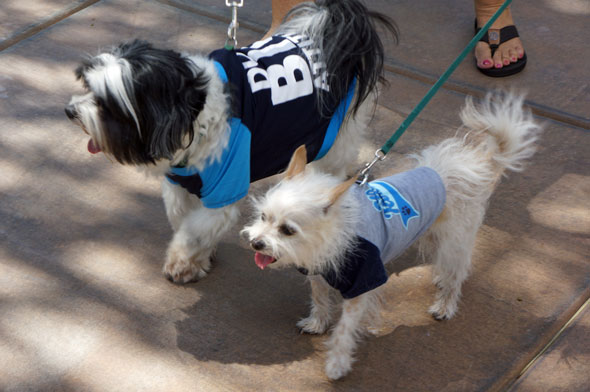 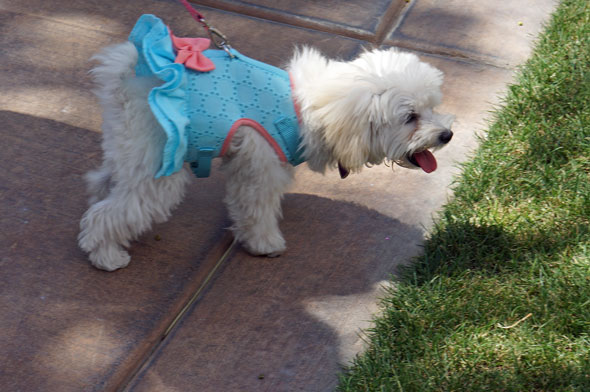 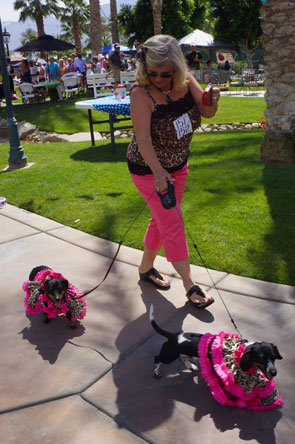 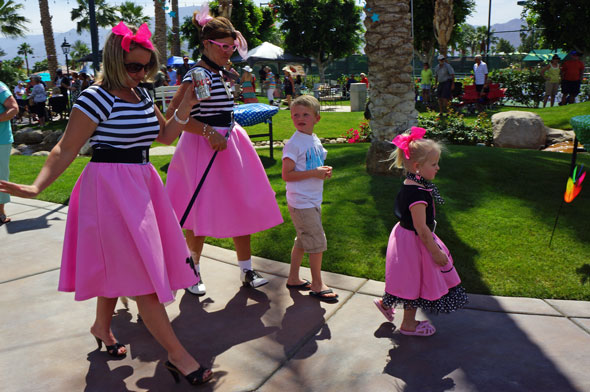 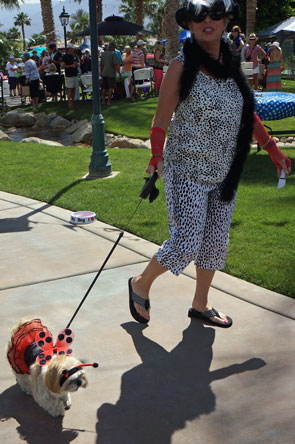 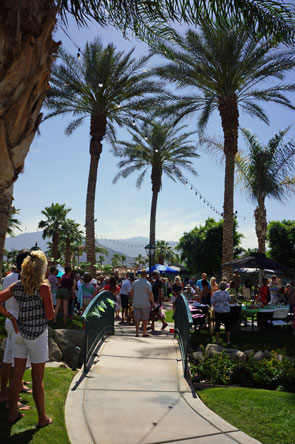 Our neighbor, Karen, struts her mutts at the Canine Carnival 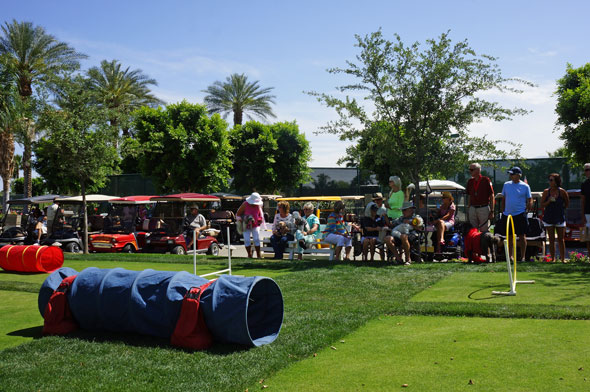 The agility part of the event (held on the Bocce Ball court) was not a competition - just a chance to let owners lead their dogs through a small agility course. 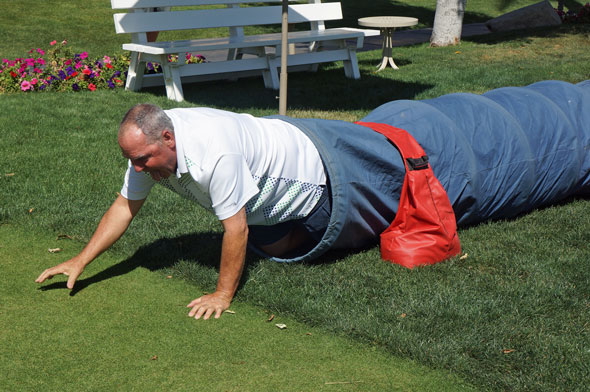 Though some people just can't follow instructions... (I believe this was a dare?).

The rest of the afternoon was spent outside under our shade structure watching college hoops. Then we enjoyed our second Seder and had many visitors. Not Elijah though.

Until my next update, I remain, your petless correspondent.