Portland, Oregon:  It is hard to believe that one week ago we were on a sunny Malibu beach celebrating Leo's fifth birthday. The furnace fired-up this morning at our house in Portland - it was that chilly. Drizzle covered the skylights in the kitchen.

Leo busied himself this morning building all sorts of things with his Magna-Tiles while Bubba jogged and Bubbe prepared filling for a lasagna. Then, Leo filled eight boiled lasagna noodles and rolled them up! Such a little chef! 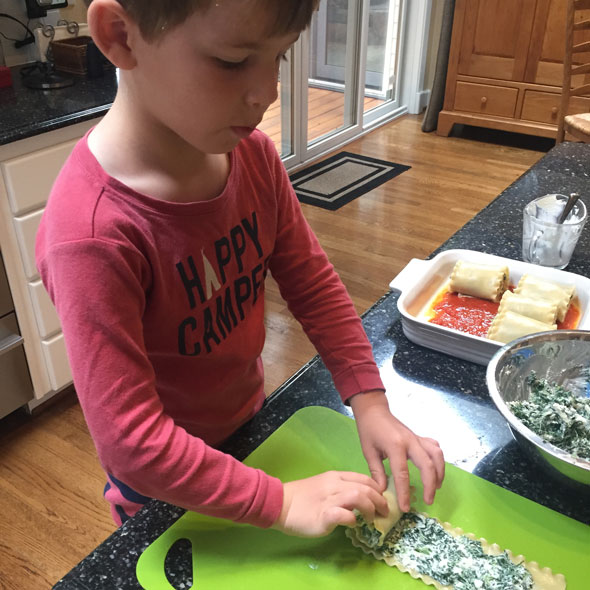 The precise skill impressed me - and I know a little bit about lasagna. 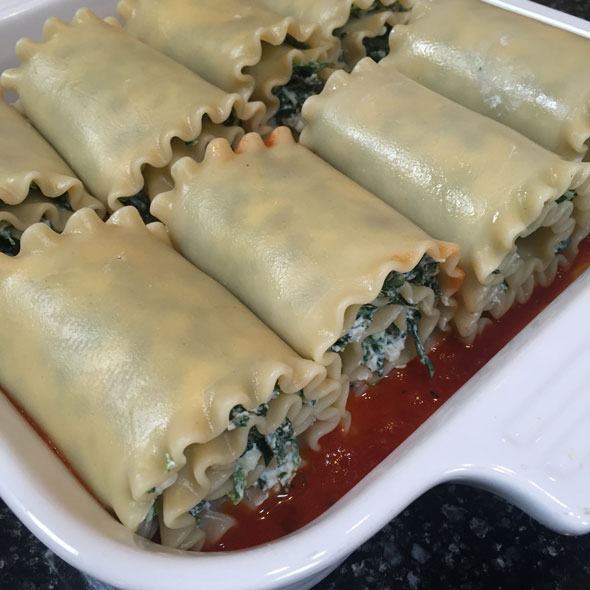 NOTE: I used the ingredients for my RV Lasagna, but put 1.5 cups of the shredded mozzarella into the filling mixture, saving the remaining half-cup for a topping. This recipe filled eight boiled (long, old-school) lasagna noodles. I put a splash of red sauce in the bottom of an oiled 8x8-inch baking dish before placing the rolled bundles into the pan. Covered in cling film and refrigerated all day. More marinara sauce was poured over all before baking at 375° - covered in foil for 30 minutes, then the foil was removed, the remaining cheese was sprinkled over and the roll-ups were baked, uncovered, for an additional 20 minutes. Let rest five minutes and serve.

Since it was not predicted to rain (but we did not see the sun all day and the temperatures reached only 69 degrees), we decided to visit the Oregon Zoo. This zoo is one of the best in the country.

There was no parking available at the zoo. The lot was jammed. Full. People circling and circling to find a spot. After a while, Gramps just let Leo and I out of the car so we could enjoy ourselves while he tried to find parking. As I stood in line to purchase admission tickets, I realized why the crowds were so intense - $4 admission on the second Tuesday of the month.

The zoo was a zoo.

Dave ended-up driving the car to a transit station and riding light rail to the zoo. He met up with us after we had toured through the entire Pacific Northwest section of the zoo - bears, cougars, bobcats, salmon, beaver, otter, etc., and after Leo had taken a spin on the carousel.

Leo visited the Oregon Zoo in March when his family flew to Oregon for the World Indoor Track & Field Championships, and he remembered the EXACT location of the California Condor exhibit in the Oregon Zoo. Leo says they are vultures. The majestic - but ugly - birds were spotted by Lewis & Clark in the Columbia River Gorge and where the Columbia River flows into the Pacific Ocean. The Corp of Discovery actually killed a condor they found nibbling on a beached whale carcass, and brought it back to Thomas Jefferson. Why this bird isn't called the Oregon Condor is a mystery to me. The Oregon Zoo currently has four massive male condors. Leo went to see the Condors three times this afternoon. 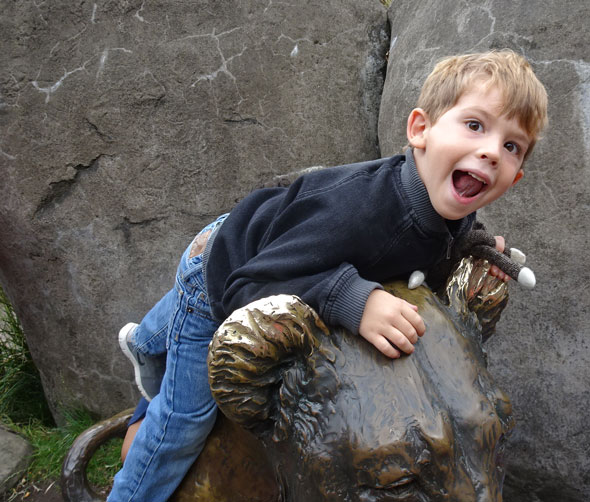 Then we had to take the light rail to the next station to retrieve our car and fight commuter traffic to our home. Thank goodness Leo had prepared a lovely meal for us. All I had to do was pour marinara sauce over the roll-ups and bake the casserole. 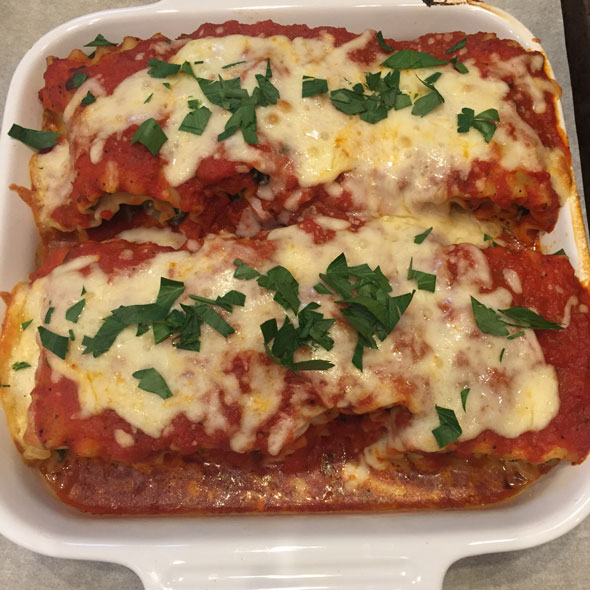 Late evening, Lisa arrived. She and Leo will fly back to Los Angeles in the morning. 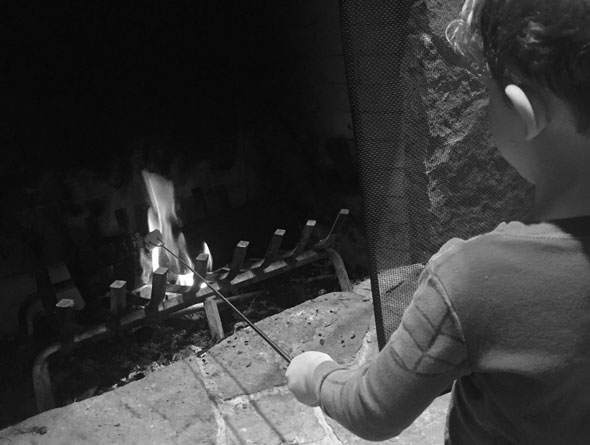 Which still left plenty of time for another fireplace S'more.

Until my next update, I remain, your zoological correspondent.