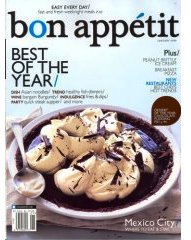 A few weeks ago we had dinner with old friends. Rosie is an excellent cook and she served the "recipe of the year" from the January 2008 Bon Appétit magazine -Bittersweet Chocolate Pudding Pie with Crème Fraîche Topping. It was delicious and I was anxious to try it myself. Rosie insisted it was really easy and she had made it exactly according to the directions (i.e., no substitutions or shortcuts).

After getting a small bank loan to obtain the ingredients, I set about my task. There was a crust to prepare (with ground chocolate wafers, butter and sugar), then a layer of melted chocolate over the crumb crust. Next, the filling (a pudding made with sugar, cocoa powder, cornstarch, salt, whole milk, heavy cream, 60% cacao bittersweet chocolate, rum and vanilla) is poured into the crust and chilled overnight. Before serving a mixture of crème fraîche, whipped cream and a little sugar is smeared decoratively over the top with a few chocolate shavings for panache.

Well, there were a few. The crust went together fine, but trying to cover the hot crust with the melted chocolate was a messy process. I realized it didn't have to look THAT good because it would all be covered up with pudding and whipped cream, but I did my best. The pudding went together well, though it did take longer than the five minutes suggested in the recipe for the mixture to thicken. 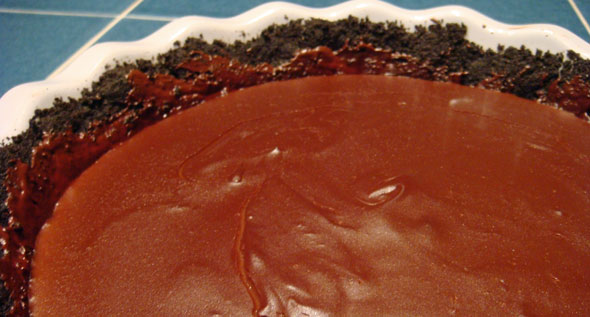 Ready to be refrigerated overnight

Just before serving the next evening, it was simple to whip together the crème fraîche and whipped cream with a little sugar and vanilla and cover the top of the (messing-looking) pie. A few sprinkles of shaved chocolate and it was dessert time. 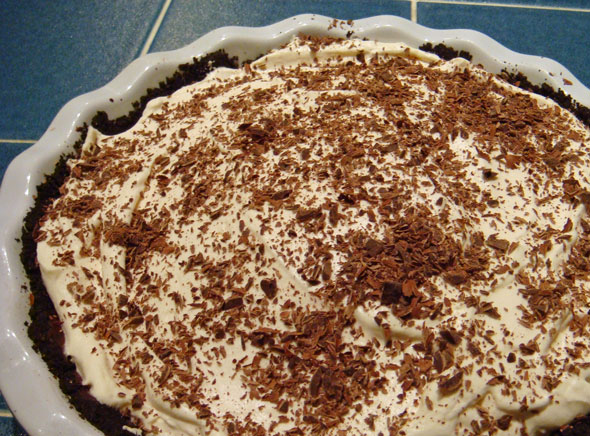 It was so messy to serve! The pudding had set well, but the crust was so hard to slice through - due to a cold layer of hardened chocolate - and there was too much topping over the pie. Okay, so it was absolutely delicious and after the first piece was served (er... plopped) onto a plate, the others came out a little prettier.

Verdict: Read the recipe at the Bon Appétit website and see what others are saying in the review section. I found the filling to be rich and not overly sweet, so I may make it as a pudding, served in a parfait glass. The crème fraîche/whipped cream mixture was divine and I think it could be served on many desserts... I am thinking chocolate mousse would be great. Recipe of the Year? No. Recipe of the week? Well, it's all the sweet I am going to need for a week that is for sure.