Central Point, Oregon: Nothing exciting to report today. Driving north on Interstate 5. Weather was fine. Not a lot of traffic. Shasta Reservoir is completely full, as were every river and creek we saw today. After a seven-month absence, we have returned to our home state. Oregon is so green. We are back in the realm of every 30th-or-so passing car (all cars pass us) honking and waving and Throwing The O - to give a shout-out to the big Oregon "O" painted on the back of our bus.

We love to explore the area around Ashland and Medford in Southern Oregon, but there were no really nice places to camp. No longer a problem! Just north of Medford on Exit 33 (33 miles over the California border on I-5), is Southern Oregon RV Park. It is associated with the county fairgrounds, is really new, and really nice, and is close to Medford, Ashland and Jacksonville. 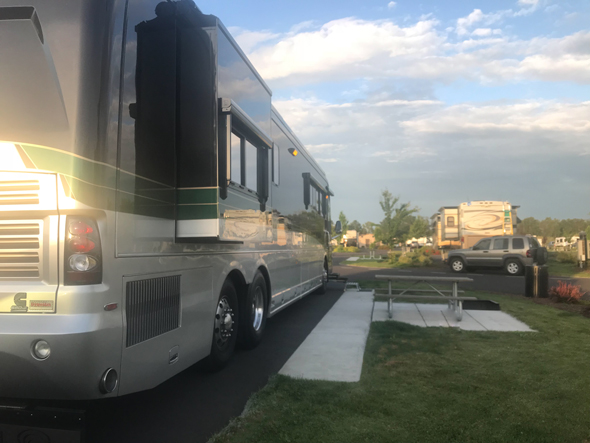 Oh, yeah. Another photo of our bus. It was super shiny and real purty tonight.

After checking-in, setting up camp, and 4x-fast-forwarding through a beautiful wedding in England on the DVR, we drove to historical Jacksonville for dinner at Gogi's Restaurant. 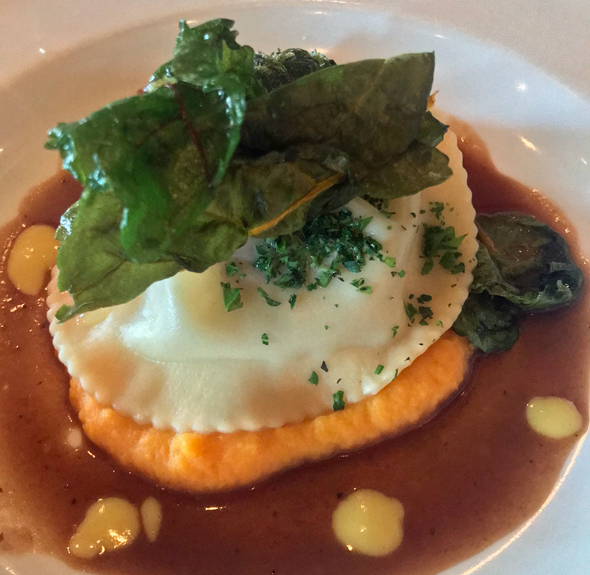 Gogi's offered a special appetizer tonight: one massive ravioli, filled with braised short rib and plated on a bed of carrot puree and au jus. Fried kale chips for the garnish. Most of the veggies at Gogi's are grown in their own on-site garden! 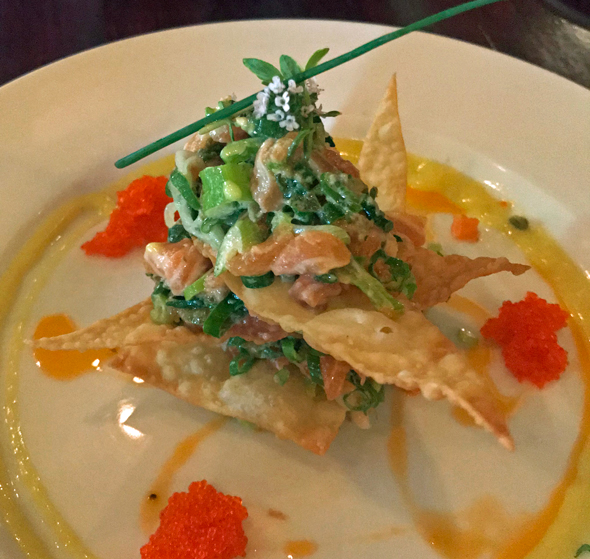 We shared a second appetizer of salmon and scallion tartar with preserved lemon vinaigrette on wonton crackers - and roe. Fancy. (DT asked that I re-create this dish in my kitchen. We will see.) 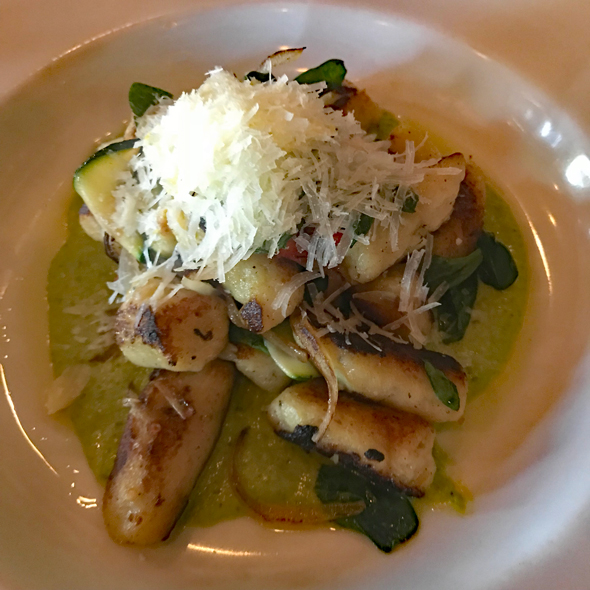 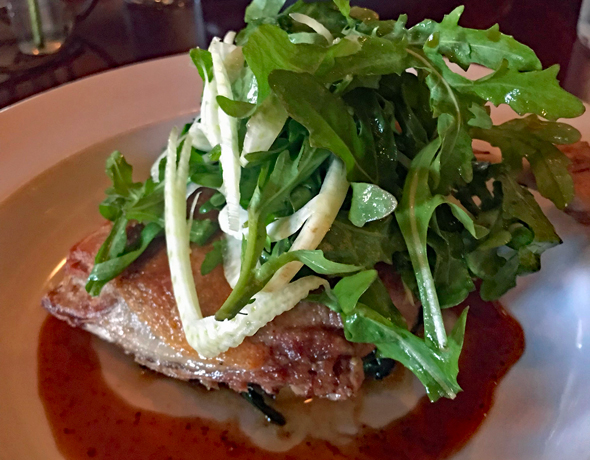 I ordered the duck confit. Mostly because after cooking those stubborn dried cannellini beans in the crockpot for 12 hours yesterday, I thought a little shredded duck leg confit would be just the thing to finish off my stew. The duck was perfectly cooked and nicely crisped. I did not care for the sweet potato and shallot hash hiding under the duck. It was really sweet - combined with a pomegranate reduction - making the side dish undesirable to me. But the duck leg came home with us and will be included in our dinner tomorrow.

Gogi's was a great find. Great service (Greg) and food, and a fun evening. We would go back.

The cute little town of Jacksonville was founded during the Oregon Gold Rush (yeah, Oregon had one too) in 1851, but was largely abandoned after the mines were depleted. But nearly 100 original sandstone brick buildings remained after the boon, and the entire town was declared a National Historical Landmark in 1966. Jacksonville is also the home to the first Chinatown in Oregon - when workers immigrated north, from San Francisco, in the 1850s. The area is rich in agriculture - especially famed forHarry & David Pears, the world-renown Britt Music & Arts Festival, and is now becoming known for their wines and amazing cheeses. Lots to explore (and taste) in this area. 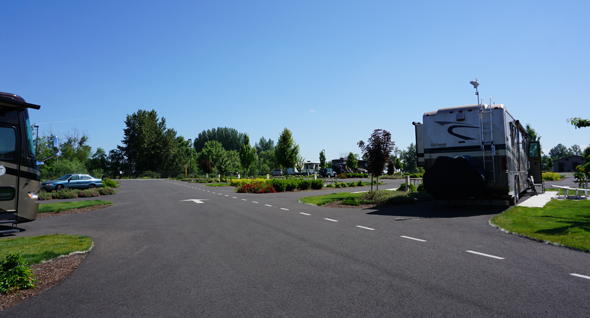 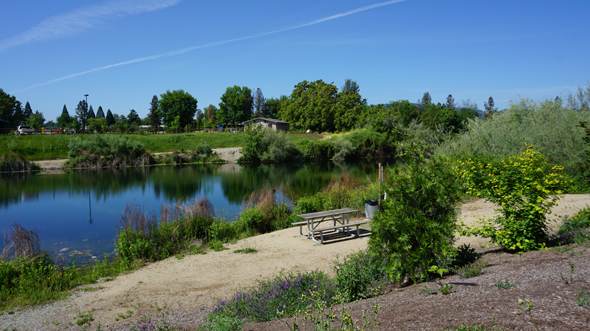 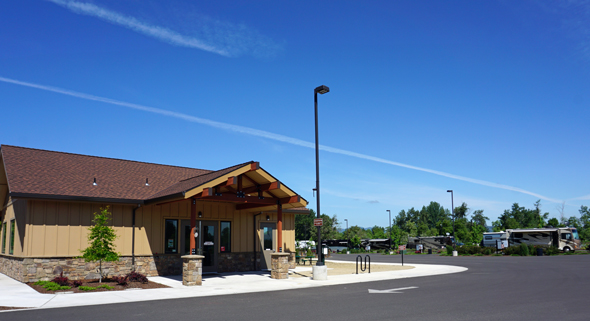