Malheur National Wildlife Refuge, Oregon: Dear Reader, we are in Oregon! Such a strange feeling. Back in the land of no sales tax, recycling and attendants at gas stations.

Our drive today was marvelous, following Highway 20 along the Malheur River from Boise to the Malheur National Wildlife Refuge just south of Burns, Oregon. No wind. 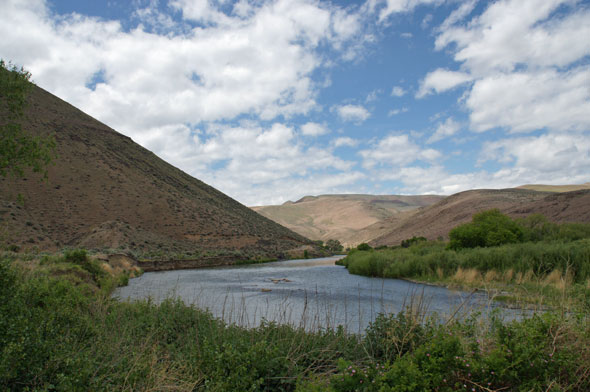 This is typical of our view today - the Malheur River meandering its way to join the Snake River... where it will join the Columbia River and eventually flow into the Pacific at Astoria, Oregon. 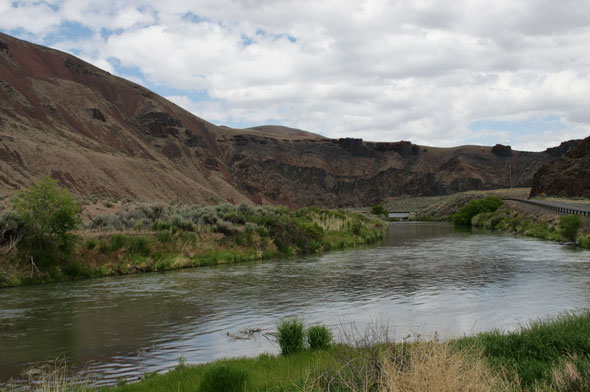 Here is an interesting tidbit of Oregon history: Malheur translates literally from the French to "bad hour" or "bad time". Seems French-Canadian trappers had such good luck in 1813 trapping beaver, they could not transport all the skins in one trip. The Canadians hid the skins, but when they returned, discovered their prize had been stolen by the local Native American tribe. They called their robbed camp "Malheur", and the name remains to this day as a county, a river, a wildlife refuge and countless other things. 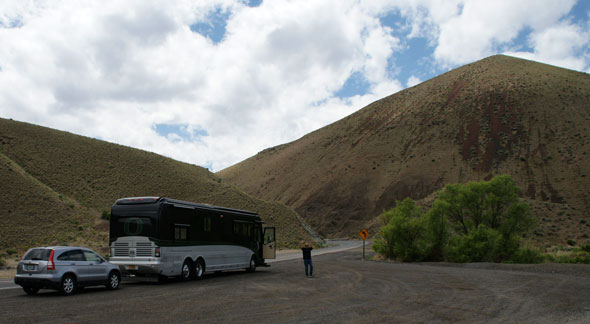 So here we were along the flowing Malheur River. Red-winged blackbirds, Yellow-headed blackbirds, swifts, fish jumping, antelope frolicking. What did DT see? Look - a perfectly-formed cinder cone! This is what it is like traveling with a geologist, peeps.

Just after we left this quiet spot, a truck came up behind us. After a few miles, DT pulled-over so the pickup could pass us. As the truck passed our RV, the driver stuck his hand out of the window - the usual "thank you" wave - except this dude flipped-us-off. Seriously? Beaver Nation Territory. 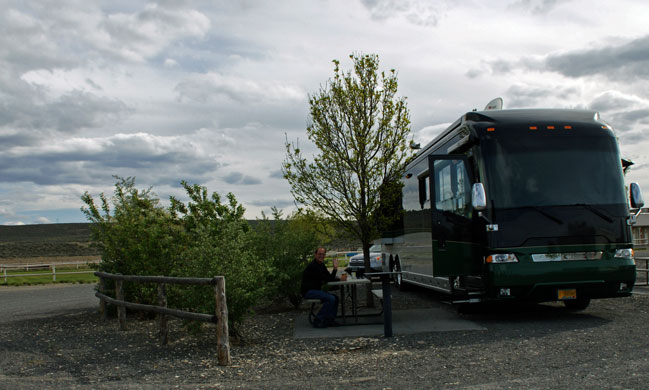 We arrived this afternoon (after gaining an hour by returning to the Pacific time zone) to The Narrows RV Park in the Malheur National Wildlife Refuge, about thirty miles south of Burns, Oregon. We have a full-hookup gravel pull through with 50 amp, a picnic table, patio and a fire pit. This little campground also has a restaurant, and a bar (that closes at 7p... about the time we are ready for a cocktail). We have no cell service here - but our internet has a super-strong signal.

While having a pedicure yesterday, I finally caught-up on the May 2013 Food & Winemagazine. They had a recipe for Oven-Fried Chicken by the Bucket, that involved rolling chicken in crushed potato chips before baking to simulate the crunchy-crust from deep-frying chicken. What a great idea. 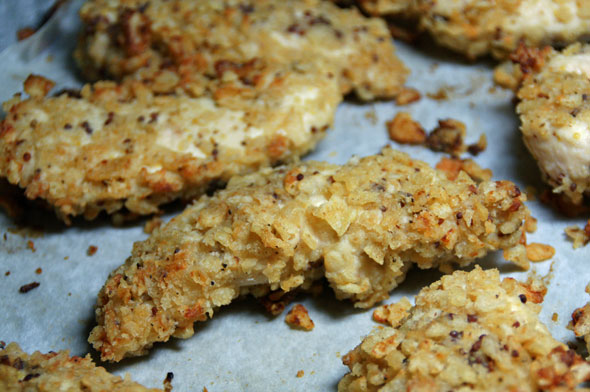 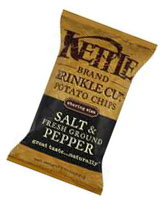 I did not have quite everything needed to make this recipe, but I did have ten chicken tenders, so improvised. I used about a 1/3 cup flour, 1/4 cup milk mixed with two Tablespoons Country Dijon mustard and I smished about half a (8.5 oz) bag of Kettle Krinkle-Cut Salt & Pepper potato chips to create a cup of "crumbs".

So, I am not really sure I used their recipe at all.

I dredged in plain flour, dipped in a milk-mustard sauce, rolled in crushed potato chips and then baked at 400° for twenty minutes - turning at half-time. The tenders were really crispy, moist and really not that salty at all. Yeah! I served the crispy chicken strips with a Greek Salad. 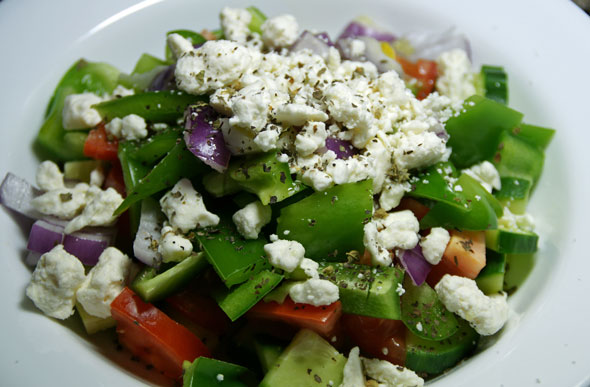 Until my next update, I remain, your "Shabbat Shalom from our Motorhome" correspondent.

RV PARK: The Narrows RV Park - Full-hookup gravel pull through with 50 amp, a picnic table, patio and a fire pit. This little campground has a restaurant, and bar, store, ice, bathhouse, laundry, gas station. We are paying about $25 per night with our Good Sam discount.