Just a quick note to let you know we have returned from a busy two nights in Seattle. We enjoyed perfect weather, the Mariners won one/lost one, we saw Dad & Mary, visited the art museum and had some mighty-fine foods and some mighty-fine ball park food. Again we stayed at the Alexis Hotel, and except for the fact our room did not have an electrical outlet next to the nightstand (where I am supposed to charge my mobile phone???), we really enjoyed our room.

Before we left Seattle this morning, DT worked-out in the fitness center, and we had time to split a delicious egg white omelet with smoked trout, red onion and arugula (wowzer!) in the hotel dining room before taking a taxi to Seattle's King Street Station. 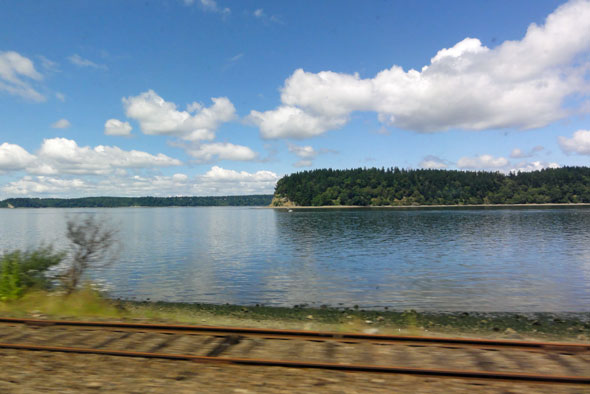 The 3-plus hour train ride between Seattle and Portland was uneventful and we had many stretches of pretty scenery along the sound and the Columbia River. 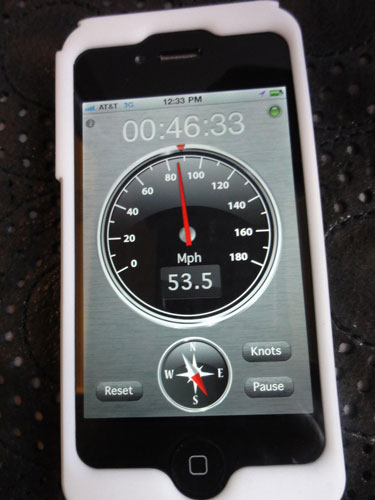 The Amtrak Cascade trains have free wifi (though there is rarely a spot on the route that is out of cell service) and I downloaded an app called GPS SPEED to my iPhone. It works as a speedometer (in kilometers, miles per hour or even knots!). The highest speed we reached today was about 88 miles per hour. 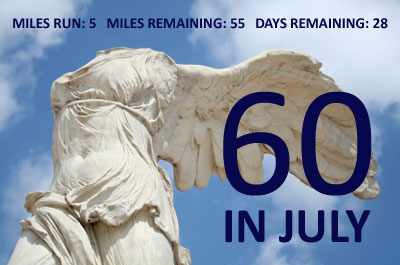 After arriving home, DT went to the grocer for me while I ran two lousy miles. Later, Steve & Mary invited us over to enjoy the sun in their beautiful garden with Woody & Kathy (just home from Europe & Africa). We brought a huge piece of that gorgeous smoked salmon, cream cheese and water biscuits. Two of Steve & Mary's children (Lynn, #1, and Chris, #3 - and his lovely girlfriend, Laura) were home and Woody & Kathy's youngest showed up about the time pizza was delivered. A mini-reunion and reason to celebrate.

Kathy & Woody went to England to visit their eldest daughter who is living in England for a few years while her husband gets his doctorate in archeology. After spending time in England and Scotland, Kathy & Woody went to France, Belgium and Slovakia... then back to England... oh, I think I may have missed a few countries in there somewhere... before heading off to South Africa and a photo safari in Botswana. Wow - what a great trip! 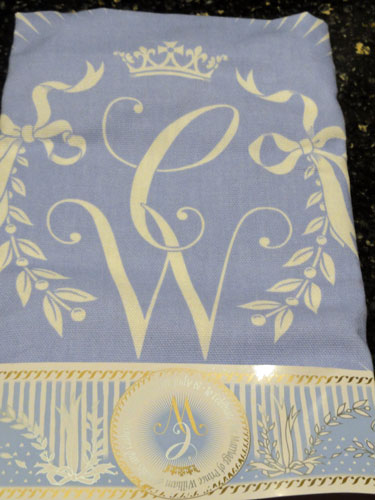 Can I bring myself to dry dishes with a Catherine & William towel?

Wherever I travel, I pick-up a kitchen towel. Not to "collect". I use the towels. It is a great souvenir, inexpensive, useful and each towel has a great memory. Kathy brought me a towel from England commemorating the Royal Wedding! How fun is that? 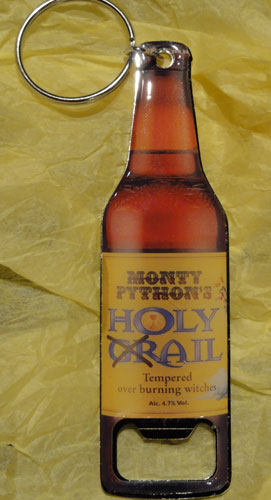 Somewhere on their route, Kathy & Woody visited the castle where one of Dave's favorite movies, Monty Python and the Holy Grail, was filmed. Woody brought DT a bottle opener for our "Tacky Bottle Opener Collection". Though, I am not so sure this one (tempered over burning witches) is really tacky.

(NOTE: The bottle opener we bought at the Vatican in 2006 with the head of the Pope is the all-time winner for tackiness. The "Popener." Seriously. Even this Jewish girl can't bring herself to use the Pope's face to open a bottle of beer. It's just not polite. And a side-note: we have over 100 tacky bottle openers in 30+ years of collecting and the Pope bottle opener is the most expensive - by far. $18. We were just so horrified that they made a bottle opener with the face of the Pope, we had to buy one... and it wasn't even of the current Pope, but the past Pope. The Polish Pope.)

Oops. I am way off topic. Again. 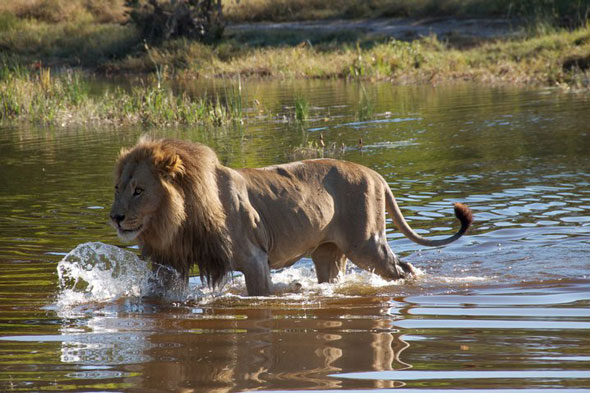 Woody took a gazillion photos in Botswana. One day soon, we are going to attend a slide-show-type digital presentation of their adventures. We can't wait to see the photos from their safari - they were so close to the animals!

From our house to yours... DT and I wish you all a fun and happy Independence Day!  Until my next update, I remain, your star-spangled correspondent.