While living in Taipei in the 80's, we would often "pop-over" to Bangkok for a long weekend if Dave had meetings in Thailand or when Lisa had a school vacation. Kathy & Woody (and their four children) were living in Bangkok at the time, so we would spend time together. 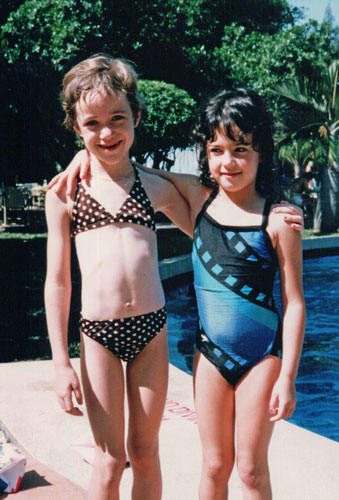 We most-always stayed at the Nai Lert Hilton, which is now theSwissotel Nai Lert hotel... where no matter how much you paid for your stay, there seemed to be an equal dollar amount of orchids in your room. Orchids in a vase in the bathroom. Orchids in a vase in the entry hall. Orchids placed on your pillow each night. At this time, the hotel grew the orchids on-site! Amazing. The Nai Lert Hilton was also the place where our clever little toddler learned (while Mommy was in the shower) pushing #2 on the telephone would get a friendly voice asking "what would you like?" and magically ice cream would be sent to the hotel room... surprising a towel-wrapped mommy! 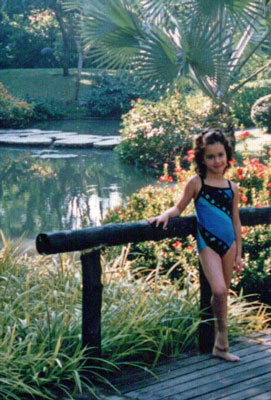 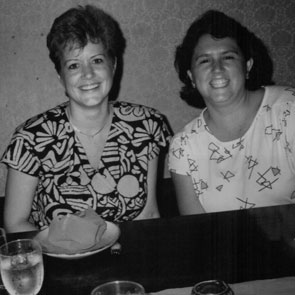 We really enjoyed staying at the Nai Lert Hilton. The location was great, the food was delicious, the staff super-friendly and the hotel was within walking distance to shops and restaurants. 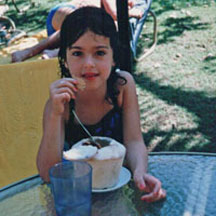 The hotel grounds were lushly landscaped with gorgeous tropical plants - and a zillion blooming orchids. Stone walkways meandered around ponds and streams, connecting to a refreshing swimming pool. The kids would order coconut ice creams to enjoy poolside - served inside a coconut shell - garnished with an orchid, of course.

Not only was the hotel a tropical oasis, the grounds held a fertility shrine. Difficult to find, the shrine was hidden-away in a back corner of the property. The shrine was also accessible from the klong (canal) running behind the hotel. Imagine my surprise when I came across a three-foot long carved wooden airplane hanging from a tree while wandering through the hotel gardens one day. The Thai Airlines "orchid logo" was painted on the side of the plane... but upon closer inspection... hey, that's not an airplane - that's a penis! A three-foot long penis with airplane wings. What? Then the entire fertility shrine came into view - hundreds and hundreds of phallic carvings placed at the small temple by women praying to conceive a child. Click this link to see a few photos of the shrine. Try explaining all this to a five-year-old girl!

Bangkok is where I met (or saw) several American entertainers. I met Robin Williams at the hotel pool while he was in Bangkok filming Good Morning, Vietnam. If my memory is correct, Mr. Williams was at the hotel with his wife, son and nanny... and he later divorced the wife and married the nanny. Another time we met Gregory Hines, who was in town performing his touring tap-dance show. Mr. Hines was super friendly and chatted with us (Dave, Kathy, Woody and me) for quite a while in the Japanese restaurant at the hotel. And then there was the time I was at a Bangkok night club and Michael Jackson was seated at the next booth... with two monkeys... but I am trying to erase that image from my mind.

I was also once privileged to be invited to cocktails at the Thai-style home of famed Bangkok antique dealer Connie Mangskau (1907-1990). Connie Mangskau and Jim Thompson revived the Thai silk industry after World War II. Mrs. Mangskau was a legendary hostess and her antique-filled house was "the" place to be in Bangkok. She hosted kings, queens, dignitaries, (Jackie Kennedy!), movie stars - and me. 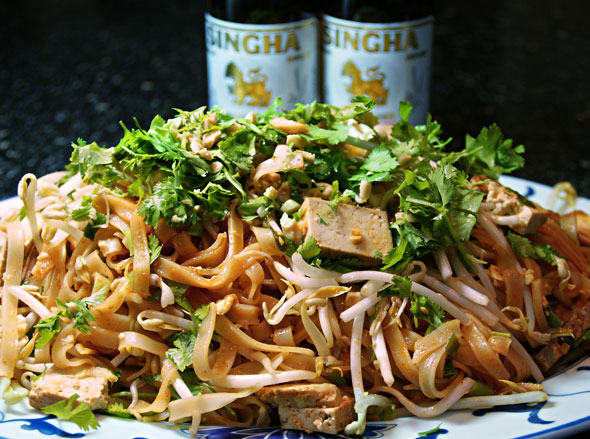 Well, that was just a wholotta yakking just to introduce the second entry in the RV Goddess (four-day-long-week) "Asia Week" recipe series.

Anytime we all gathered for a meal in Thailand, a platter of Pad Thai would surely be placed on the table. Pad Thai is another one-pot meal that only needs a little fruit to accompany (and maybe a nice bottle of Thai beer). The dish can be made vegetarian using tofu (my most-common choice) or vegan if the egg is omitted. Add cooked chicken or shrimp for the carnivores. Just a little prep work, a quick stir-fry and dinner is served. And though my recipe is not 100% authentic (you can make it in your RV!), the taste is completely genuine. 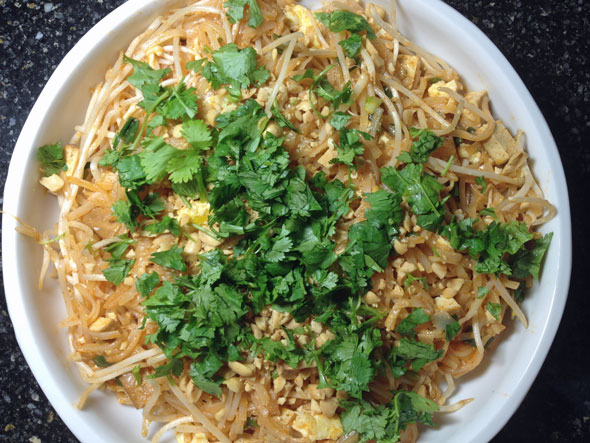 Until my next update, I remain, your Bangkok correspondent.