Ashland, Oregon:  As I said yesterday, we are going to take a few days off from our northerly journey to explore an area we have not visited in years. Sixteen years to be exact. However our schedule is not on our usual lackadaisical theme. Every moment is planned around DT's conference call schedule.

We left Corning early, pointed the Magna Peregrinus north on I-5, and only stopped once to split a sandwich at noon. 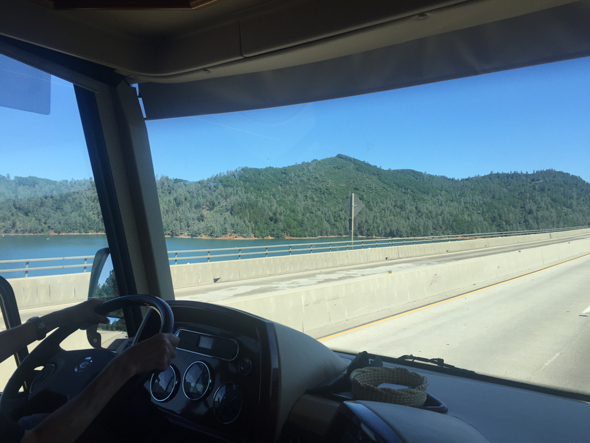 Though snapped through the windscreen at 55mph, it is easy to see Lake Shasta is FULL! Yeah! It has been years since we have seen the lake at this level. (Click here to learn about Shasta Lake levels - very interesting.)

After crossing the Oregon border, we continued to exit 24 and are camped in a RV park along pretty Bear Creek (north flowing!) in Phoenix, Oregon. Though not exactly the Motorcoach Country Club, we have a level paved site and all the life-support systems required of a massive motorhome. 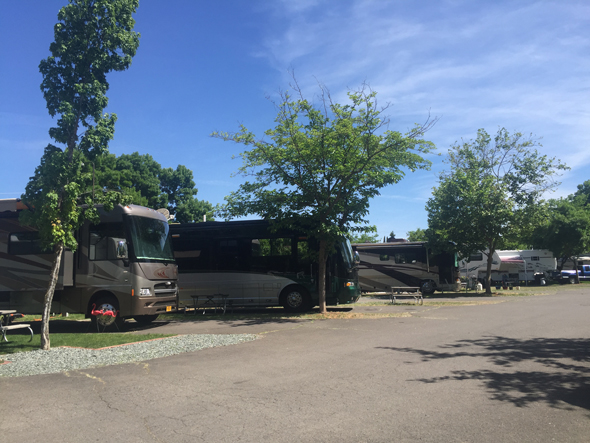 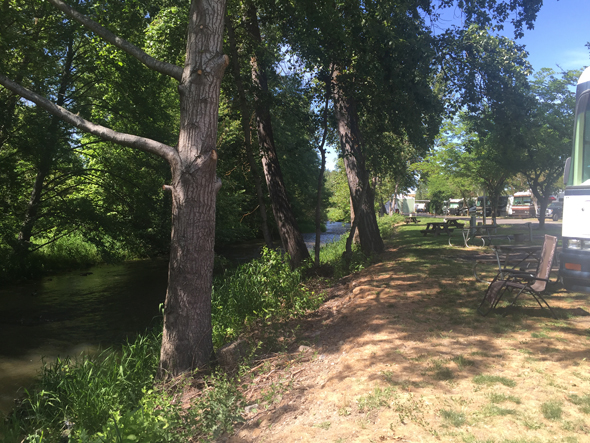 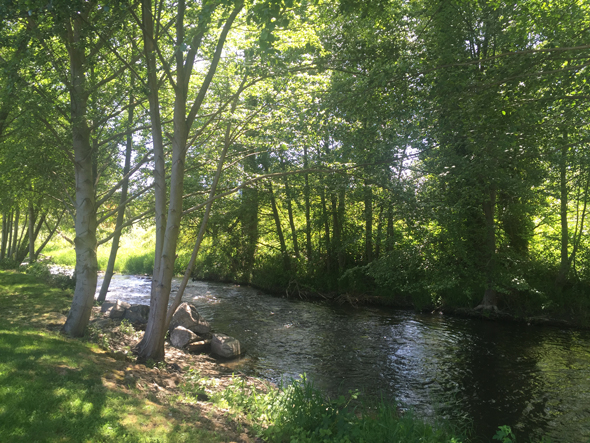 While Dave was on his second phone call, I Facetimed (video chatted on my phone) with the kids in Los Angeles. I carried my phone over to the creek and showed Leo and Lucy the pretty vista and then Leo wanted to sing a song for me. He sang It's a Small World, which unfortunately, as we all know, just gets stuck in your little brain for weeks after a visit to Disneyland. Lisa is nearly beside herself.

Between conference calls, I made noise whirling veggies in my little KitchenAid Stick Blender/Chopper thing. All the tomatoes and basil from our garden, parsley from Gina's garden, onion, garlic, and pretty-much anything else wilting in my fridge was pureed, then sauteed, and turned into red sauce. 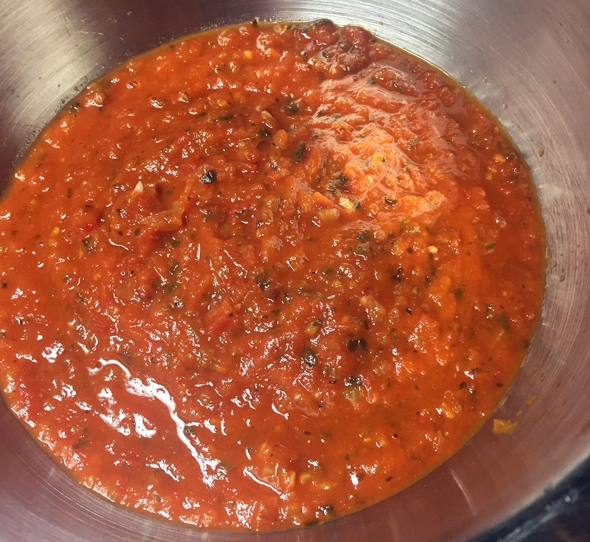 As long as I was whirling onion, garlic and parsley, I made a batch of my meatballs from a pound of grass-fed ground beef. Everything was later frozen and vacuum-sealed for instant meals later. Spaghetti and Meatballs, anyone? 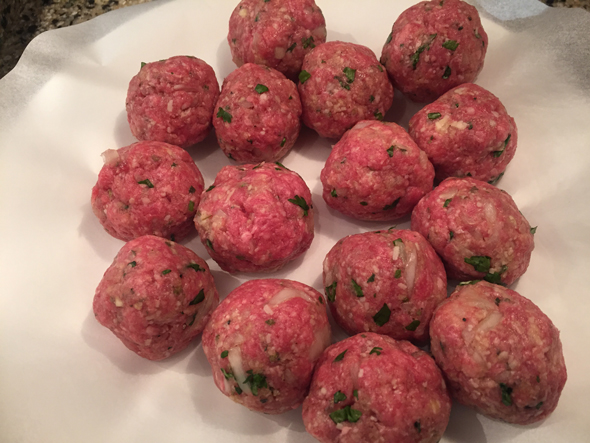 Dave was finished with his phone calls at 5p. We dolled-up and headed into the Big City - Ashland, Oregon - home to the world-famous Oregon Shakespeare Festival. The little town is very pretty and kept completely happy with tourism dollars, as the festival runs early spring to late fall.

We had an early dinner reservation at Lark, in the historic Ashland Springs Hotel. The hotel lobby is just stunning - completely restored to the original glory and the adjoining Lark restaurant is also a gorgeous room. 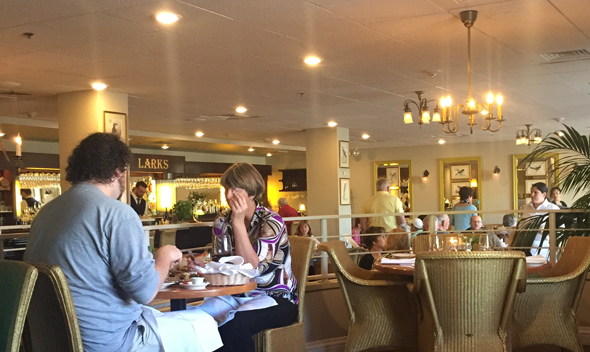 Lark grows much of their own food in massive gardens just outside Ashland. The bartender makes his own bitters and infuses vodka. The wine list is centered on local wine and beers. 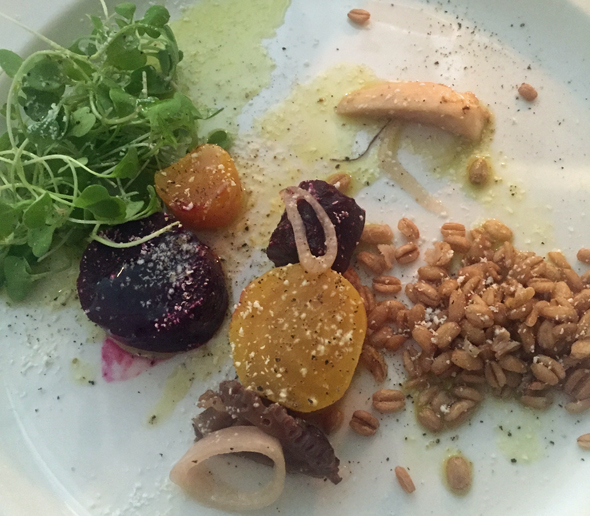 We split the beet salad: roasted red and golden beets, pickled mushrooms and onion,
farro and micro-arugula - with shaved goat cheese over. 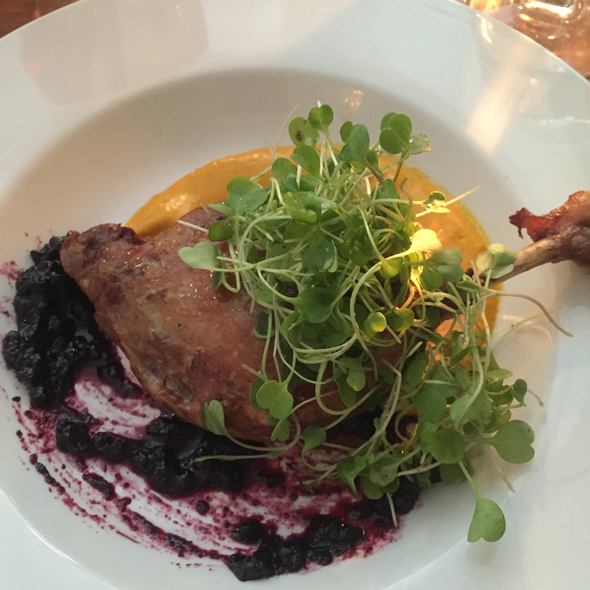 I had Duck Confit - perfectly crispy on the outside and falling off the bone on the inside - over a swirl of Oregon Huckleberry jam on one side and a puree of carrots and ginger on the other. 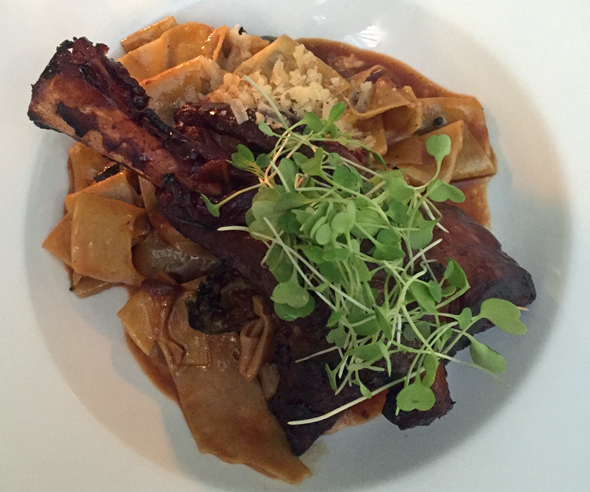 So fancy! We had a local Italian-style red wine and it was very nice. Dave and I were so happy with our restaurant choice.

What to do in Ashland at 8p? Take in a play at the Shakespeare Festival, of course! 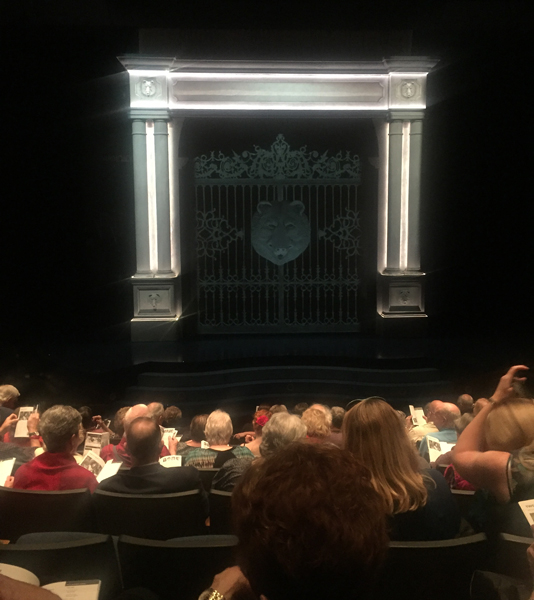 We had tickets to see William Shakespeare's Twelfth Night in the Angus Bowmer Theatre. But this Twelfth Night was not the usual Twelfth Night. No Elizabethan-era costumes here. This version of the usual cross-dressing/role-switching love story of Twelfth Night was set in 1930s Hollywood. Singing. Dancing. A bit of dialog switching. Sword fights with calla lilies. During a few scenes, the stage became a film screen and suddenly turned into a movie. One live scene was performed in slo-motion. Smart! One character never appeared without a chilled martini glass in his hand. It was clever. Bawdy. It was fun, and it ended with a song-and-(tap) dance number.

Until my next update, I remain, your artsy correspondent.

RV PARK:  Holiday RV Park - A few sites for big-rigs, best sites are for smaller RVs and front-in to the pretty creek. Full hookups, free wifi and cable. We paid $40.25 with our Good Sam discount.

« Farm to Table An Afternoon in Ashland »