Albuquerque, New Mexico: Dave and I had a full and fun day in Albuquerque. (I am going to sound this one out for my foreign readers - it's an unusual word, from Portuguese) - AL-buh-kerr-kee, that little "r" in there is super silent.) It's a tough one to spell as well!

Tourists need fuel, so our first stop was to the famed Frontier Restaurant on Historic Route 66. 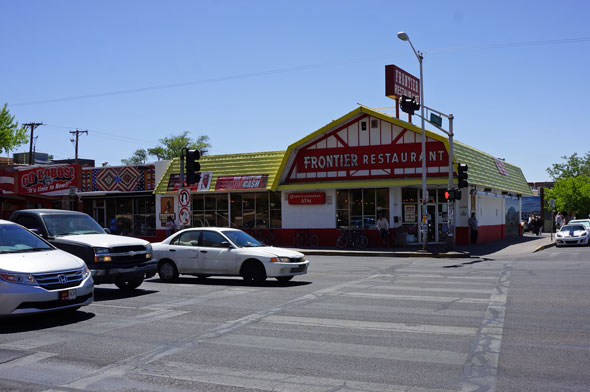 Obviously no jacket or tie required here. The Frontier Restaurant has a primo location across the street from the University of New Mexico and has fed hungry locals and students since 1971. The restaurant is open 20 hours a day. 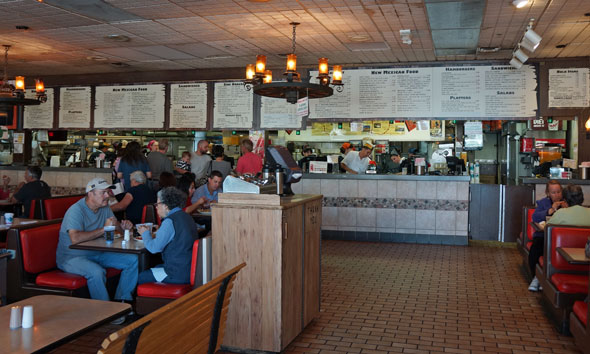 The prices are ridiculously low and the portions are ridiculously huge - just the thing in a college town - and the food here is top-notch delicious. Prices are kept low as this is a counter-service place. Orders are taken and diners receive a number and find a seat. We had barely chosen a table when our number came up and DT fetched a tray of New Mexican deliciousness. 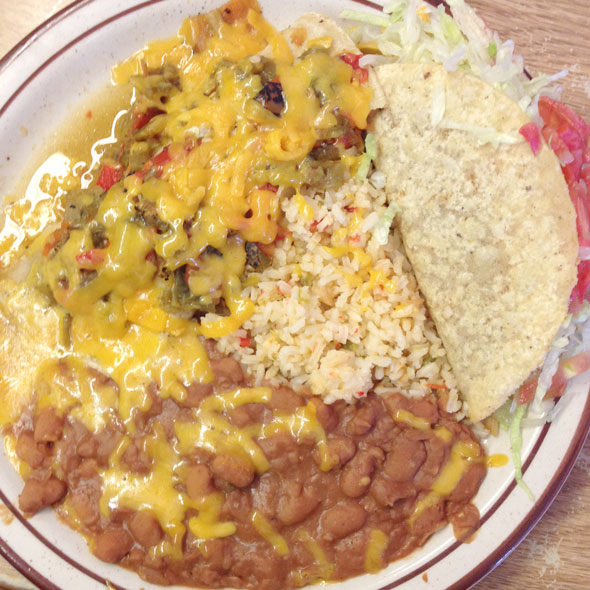 Dave ordered a breakfast burrito (which really is not the most photogenic food item) and I ordered the Mexican Plate - chicken enchilada with green chile, a beef taco, rice & beans. $8. The enchilada was loaded with shredded white chicken and white onion. With coffee, our entire breakfast/brunch/lunch was $18 - but we couldn't even pretend to finish our meals.

Our next adventure was to walk across the street and take a self-guided tour of the lovely University of New Mexico campus. 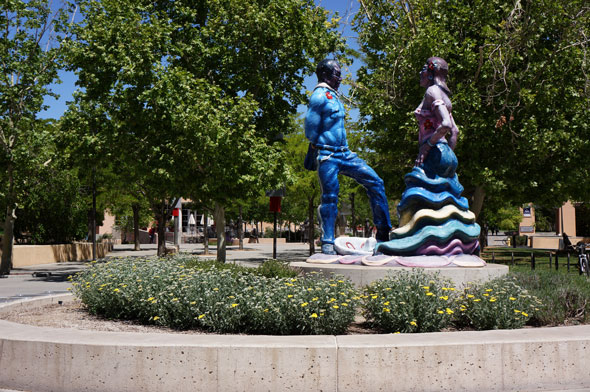 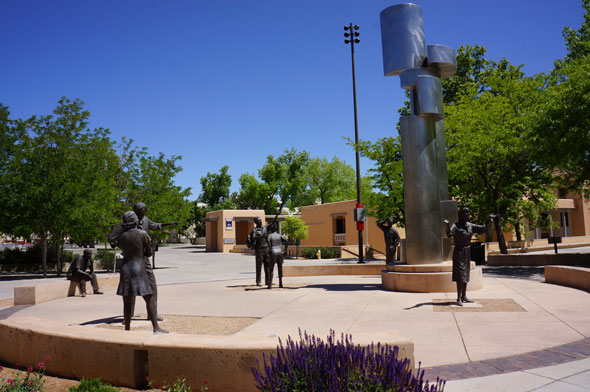 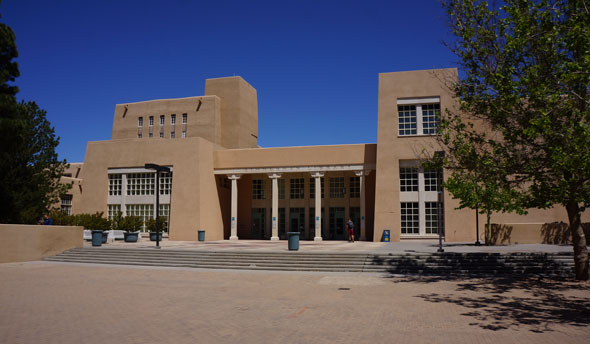 Zimmerman Library - the entire campus is built to look like a pueblo. 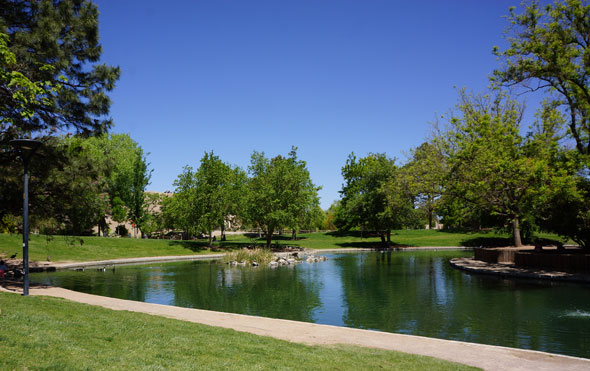 And... the polite New Mexico Lobos have a Duck Pond, and streets named "Stanford" and "Yale". 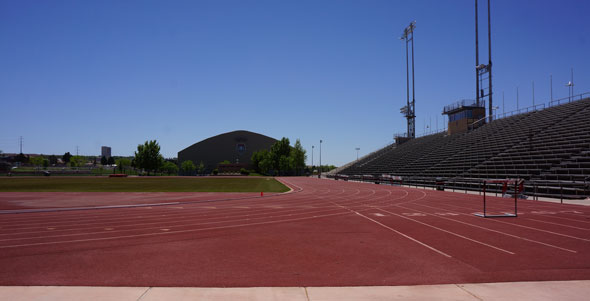 Before leaving campus, we drove to the athletic facility area. UNM has a football stadium, basketball arena, baseball stadium, track and a rodeo arena. Randomly, women from the Japanese Olympic team were training on the track. Our language differences curtailed the conversation some-what, but we learned they were in town training for a month, then back to Osaka.

We spent the afternoon in Old Town Albuquerque. Albuquerque was founded in 1706 as a Spanish outpost and the town was built in the Spanish style - around a central plaza with a church on one side. This area is now called Old Town and the plaza is lined with shops and restaurants catering to tourists and locals alike. (Mostly tourists... but they were holding mass in the church this afternoon.)

I am going to post a bunch of photos of things that caught my eye today around the plaza - no explanation needed: 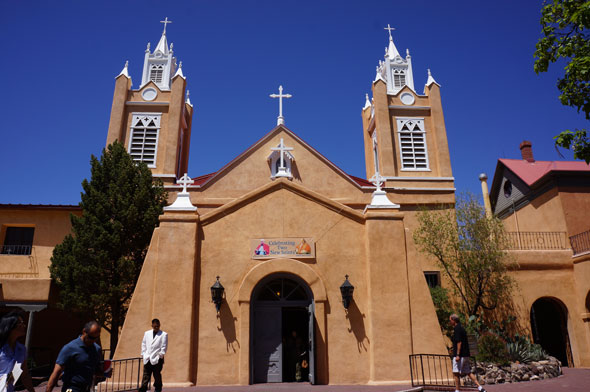 We returned to our motorhome in time for the Run for the Roses. I made the mint syrup (with mint from our garden in Indio) the other day in preparation for a Mint Julep and we watched the amazing race. 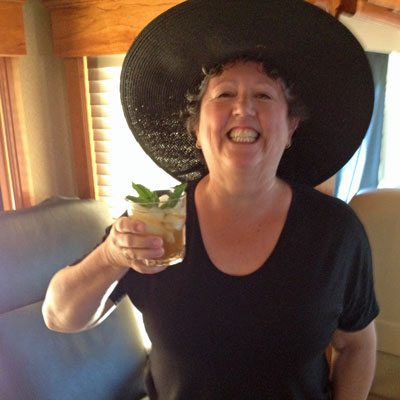 Pedometer: I walked a lot of steps today, considering today is my "rest day" and I did not exercise. Guess I didn't "rest" either. Touring through Albuquerque + a long after-dinner stroll = over 11,000 steps.

Until my next update, I remain, your Albuquerque correspondent. 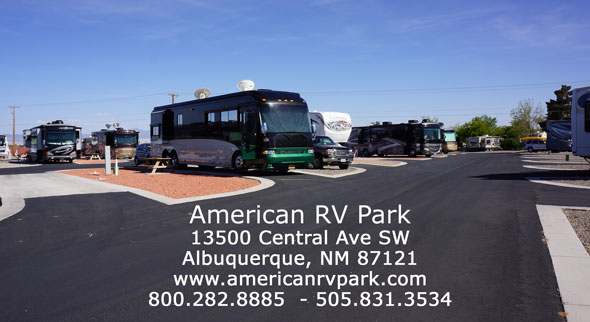