Taipei, Taiwan:  Another day, another earthquake. This time just a little 4-point-something this morning, but still quite a wake-up call on the 19th floor of a hotel. I may have forgotten a lot about living in Taiwan, but I will never forget the earthquakes. Never. Always earthquakes. A person does get used to them, but still... I am happy we were not at the top of Taipei 101 during these two earth tremblers.

We went across the sky bridge again this morning for a late breakfast/early lunch to Din Tai Fung in the basement of Taipei 101. This internationally-famous dumpling house originated in Taiwan, but we usually eat at a branch near Lisa & Lenny's house in Los Angeles. Still (again), when in Rome. The restaurant has several dishes, but are most famous for their little steamed dumplings and dim sum (thin sheets of dough enveloping succulent balls of meat, seafood, or a combination). Their technique is so unusual, Din Tai Fung has earned a Michelin star. 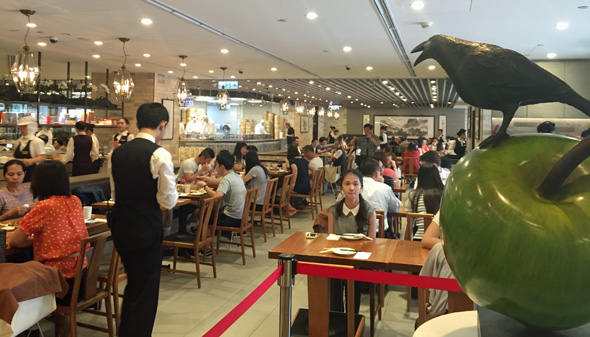 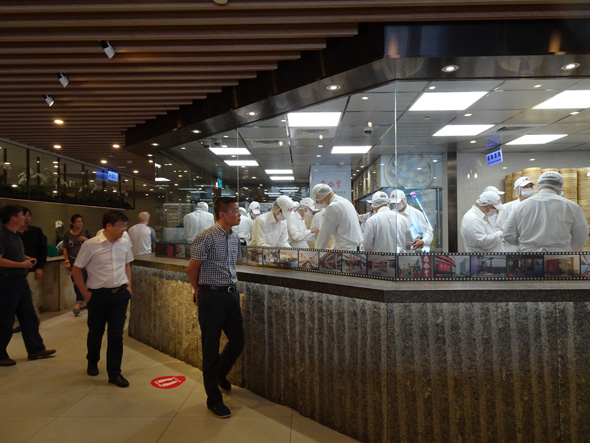 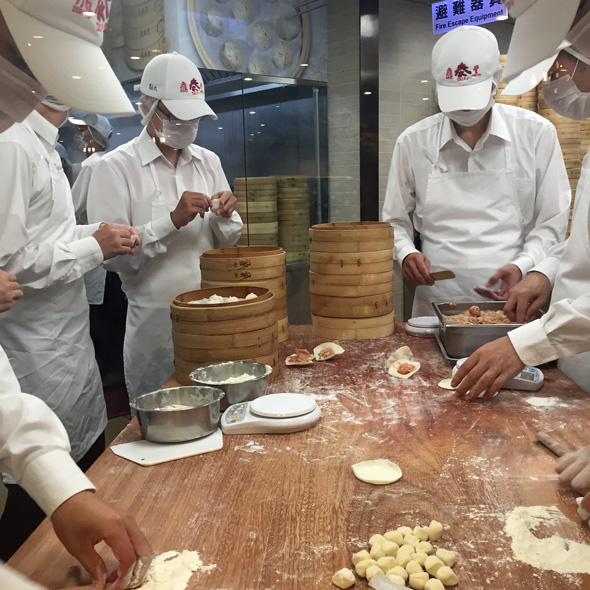 I have to make the donuts dumplings. 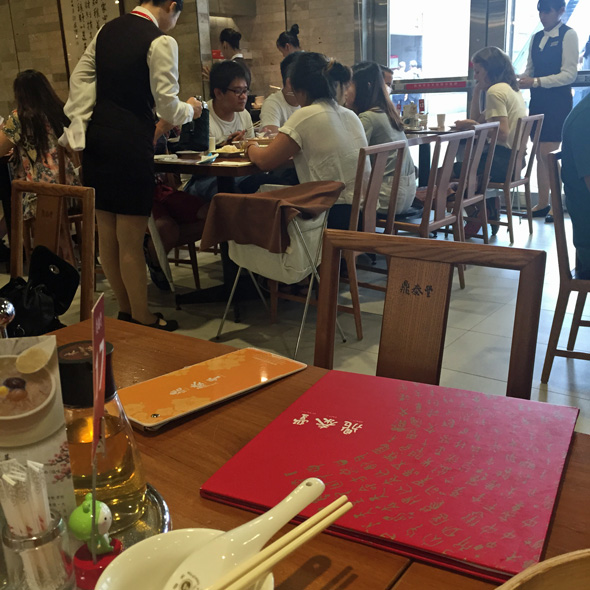 So, I've been around. Traveled quite a bit. Lived overseas. This is the very first time I have seen little canvas bags on folding stands to hold your purse so it doesn't have to sit on the floor. (Discreetly covered with a cloth napkin.) 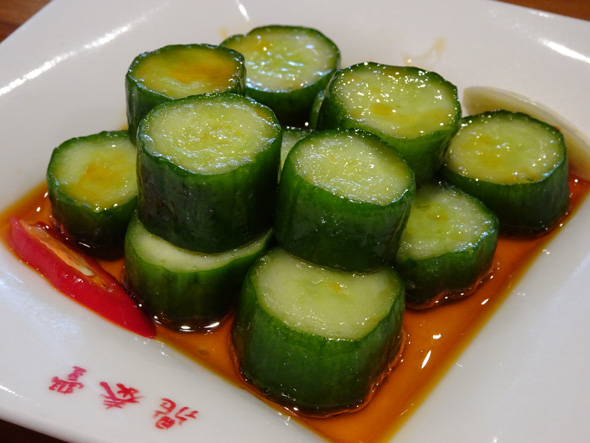 Of course we had Taiwan Pickle (my recipe here) 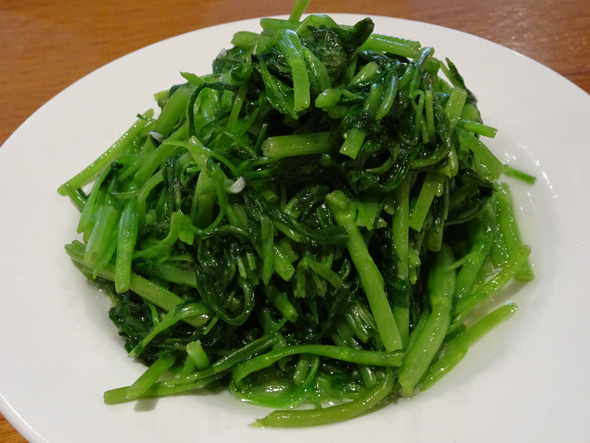 Water Spinach, sauteed with garlic -
because who doesn't want garlic-fried greens for breakfast? 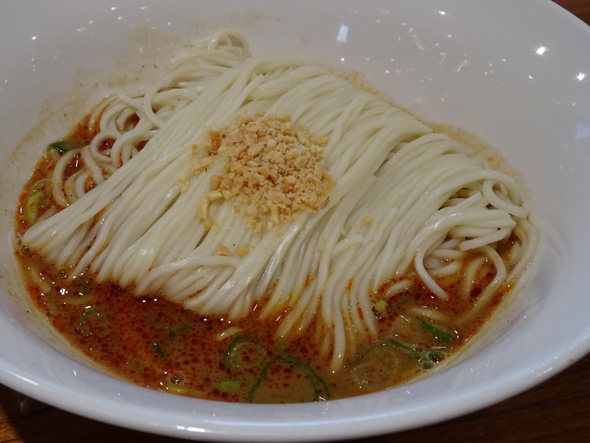 Spicy noodles with sesame and peanuts 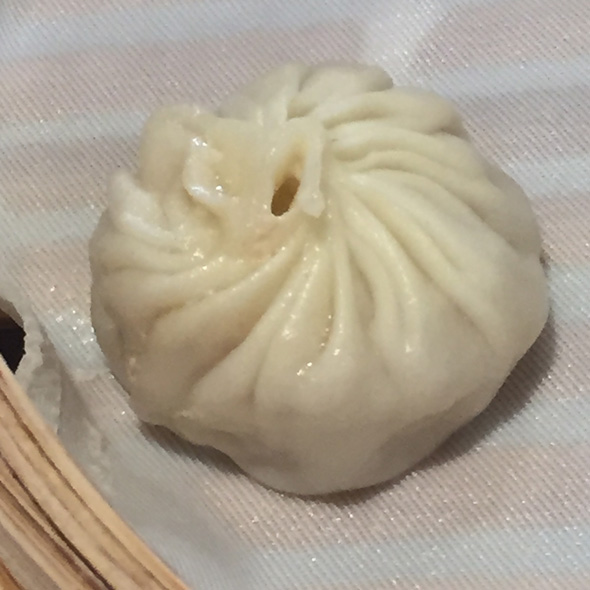 Steamed chicken dumplings. Each dumpling wrapper is individually rolled, filled and wrapped intricately by hand at Din Tai Fung. Every dumpling is a piece of art. I've made hundreds of dumplings and one looked just like this. One. Maybe.

Dave and I spent the afternoon at the National Palace Museum, which houses a treasure chest of Chinese antiquities. There is no photography allowed. We have visited this museum many times in the past, and there is no way the collections can be viewed in a day, or even in a lifetime... but we tried. It was not completely an enjoyable experience as the museum was so crowded with tour groups, it was difficult to even move around the galleries.

After the museum, we hopped in a taxi to the Longshan Temple. About a block before reaching the temple, our taxi driver somehow rammed his car into a temporary divider in place for road construction. Thank goodness we were wearing seatbelts or this blog may have been posted from a local hospital tonight. B A N G ! The taxi went from 20mph to 0mph in one second. The taxi had a smashed-in front passenger side bumper and a ruptured tire. The driver limped along to the end of the block until he was able to find a safe place to pull over. We hopped out. Not sure what happened to the taxi after that, because we left him alone to fend for hisownself and continued on to the temple. 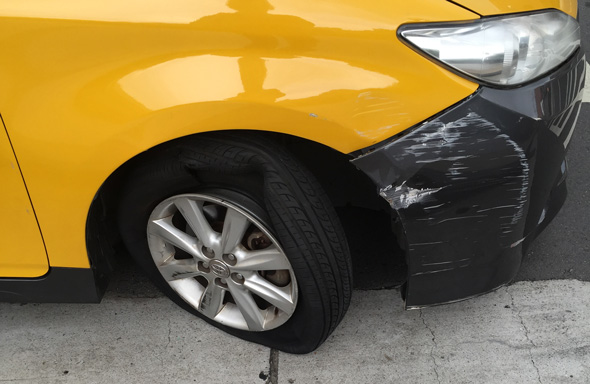 Longshan was built around 1738. You read that right. This temple has been a very important part of Taiwanese social and religious life for centuries. 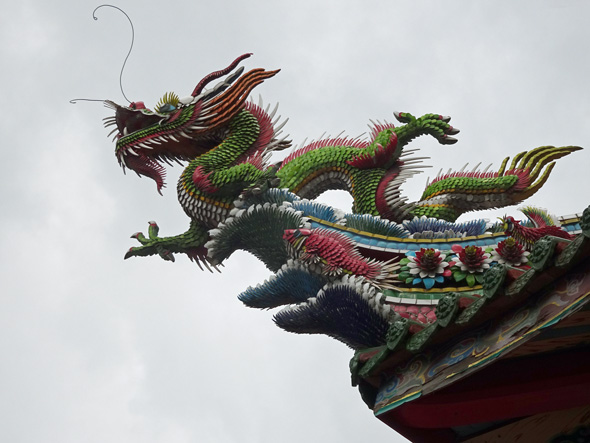 Scenes of worshippers praying and making offerings at Longshan Temple, and a close-up of protective ceramic warriors and dragons

The area surrounding the temple was once famous as a red light district and an area where one could find exotic delicacies (deer penis, anyone?), and was most famous as a place to find restaurants offering snake meat, snake soup and snake organs (like bile ducts washed-down with a little snake blood, which apparently would produce a most... shall we say... willing member of the male body which would, of course, only produce the much-desired male offspring). Though quite tame by yesterday's standards, we still found much to interest us on our walk through the market this evening. 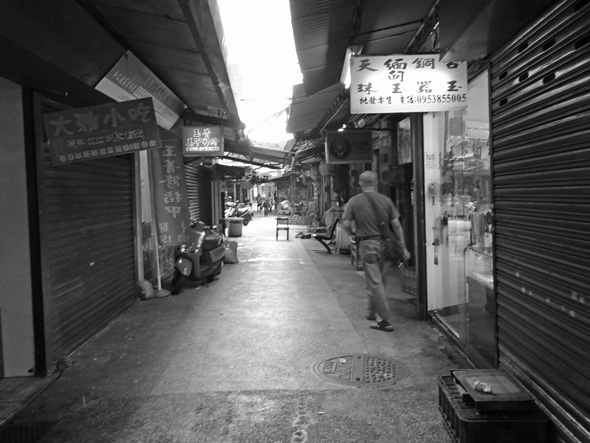 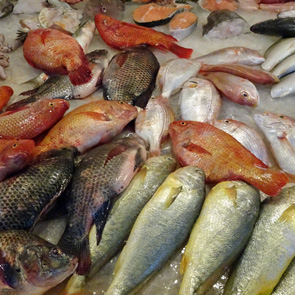 Randomly, our friends from home were in Taiwan on business this week as well. Dave and Michael worked in Taipei together back in the day. Since we were here at the same time, a mutual local friend, C.H., and his wife, arranged for a dinner party this evening at a restaurant specializing in Taiwanese cuisine. We all met in the hotel lobby and went to the restaurant. I was surprised to find a table set for 15, instead of a table set for 6. What was going on?

Michael and C.H. had planned a reunion party for Dave! They invited the office staff from his time in Taipei to join us at the restaurant. It was a complete surprise to us - and what a wonderful treat. Many of the staff are now retired or have gone on to other things (it has been nearly 30 years, after all). 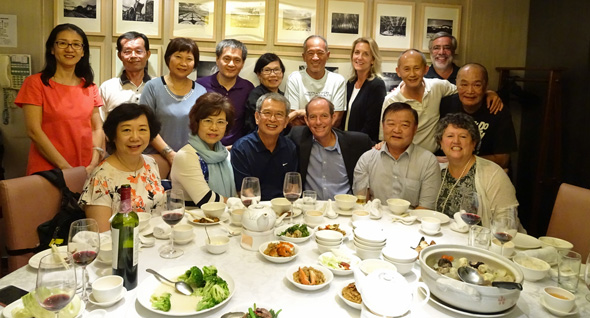 I nearly fell out of my chair when our driver, Marcus, walked into the room! Marcus, seated next to me in the above photo, was not only my driver in Taiwan, he was my Chinese teacher, my friend and my confidant. He knew where I was, what I was doing, and who I was with 24/7... and this was way before cell phones. At this time, due to insurance issues, none of the expats were allowed to drive a car, so we relied on a stable of drivers to fetch us and take us about the town on our daily tasks and often get us home when we should not have been behind a wheel. Marcus was assigned to us and he stuck with us our entire time in Taiwan and never once complained (that we know about). 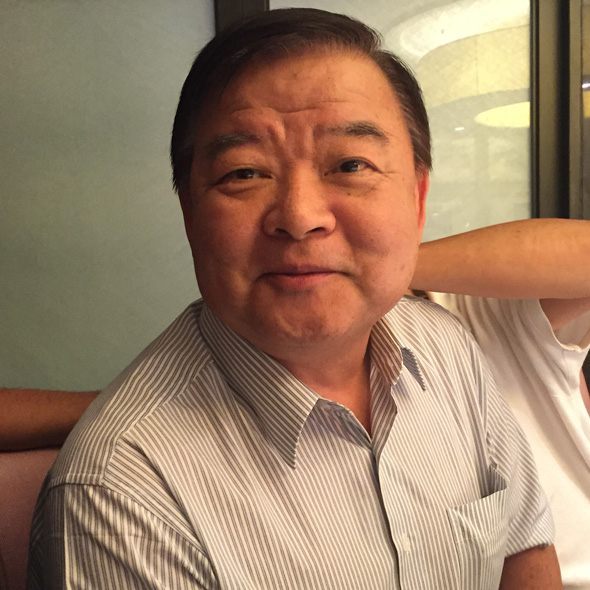 Marcus had four children, the youngest (a boy) born while we were in Taiwan. His eldest daughter is a physician, the next daughter is a nurse, the third daughter and his son are teachers. He has not changed one bit. As per usual, Marcus and the other drivers discussed my physical appearance directly in front of me as if I were not even in the room. I am the same size as I was in Taiwan. Maybe a little smaller. Not fatter. My hair color has changed. 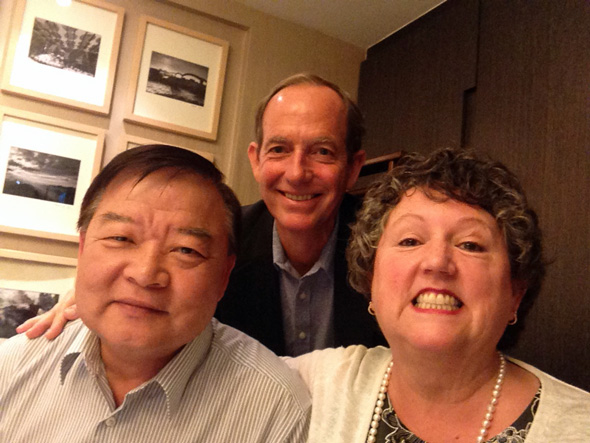 Dave and I were so very happy this evening and can't thank everyone enough for arranging this secret surprise dinner. It is amazing how little people have changed over the past thirty years! We fell into the same roles, told the same old stories and laughed and laughed. The gathering was a nice reminder to me about how much my husband was respected and liked by his office staff in Taipei and how much he enjoyed working with them. What a wonderful evening!

Until my next update, I remain, your overjoyed correspondent.