While We Were Away

Dave and I attended the University of Oregon Track Team Banquet yesterday afternoon (it was a brunch). The banquet was held in the Club Room at Autzen Stadium overlooking the football field - a unique setting to be sure. University catering fed over 300 people, the food was really very good - sliced turkey, au gratin potatoes, French toast, salads, fresh fruits, pastries & rolls, grilled asparagus and a huge dessert table. The athletes were in pretty dresses or suits/ties. It was fun to see the kids in "real life" (i.e. makeup/hairdos/heels) instead of sweats and spikes. 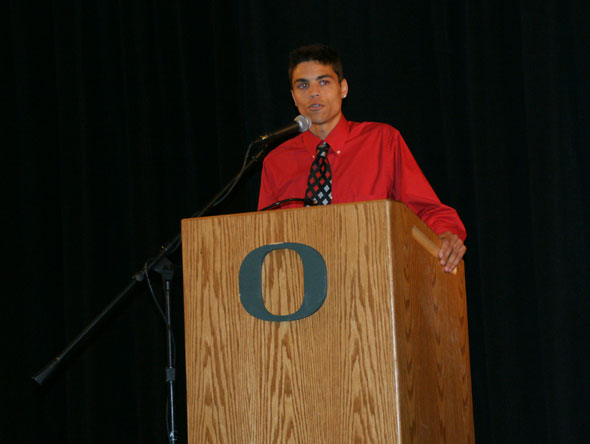 We were seated at a table with Matthew Centrowitz and AJ Acosta (wonder how that was arranged?) and were so happy when Matt was presented with the Most Outstanding Male Athlete award! Matt was asked to come up to the stage and say a few words - and I am telling you, Matt was fantastic! He had no idea he would be receiving the award and had to speak completely unprepared. You would have thought he had been practicing his speech for weeks! He thanked his family, the staff, coaches, his teammates, the fans, his friends - and he even gave a shout-out to DT and me for our support! I could have burst with happiness and pride.

(PS: I gave him the cookies after the banquet!)

The ceremonies ended about 2:30p, so instead of spending the night at the RV park in Eugene, we hitched-up the Honda and deposited the Magna Peregrinus back to her storage garage and were home before 6p.

Much occurred while we were away. 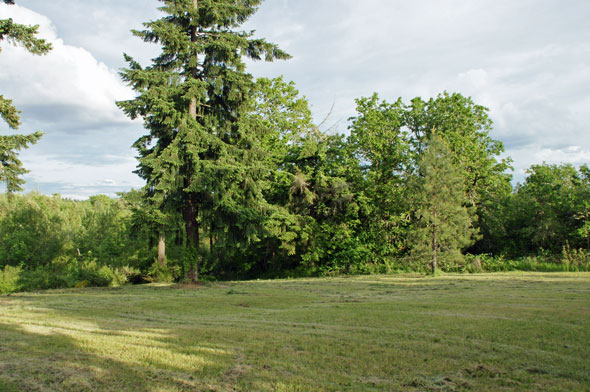 Bernard Painting sent a crew out to wash our deck. It looks great. As soon as it stops raining and the deck dries (I'm guessing August???), they will apply a coat of stain/varnish/sealer stuff. 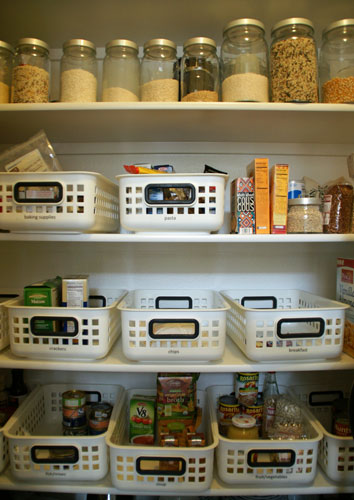 am seriously OCD about my pantry had a bad chest cold and could not leave the house and was bored to tears? 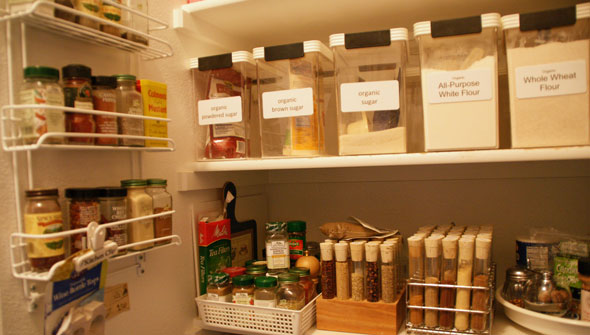 Here is a photo of the other side of the (walk-in) pantry. My spices were a disaster. I had them in test tubes, in jars, and on a rack on the wall. I needed to regroup. I love my test tube spice rack in the RV, but it wasn't working in the house. After much thinking, on-line shopping and planning, I ordered magnetic spice tins to hang on the wall - freeing-up an entire shelf in the pantry and consolidating my spices down to ONLY 52 tins. While we were away, the tins were delivered. 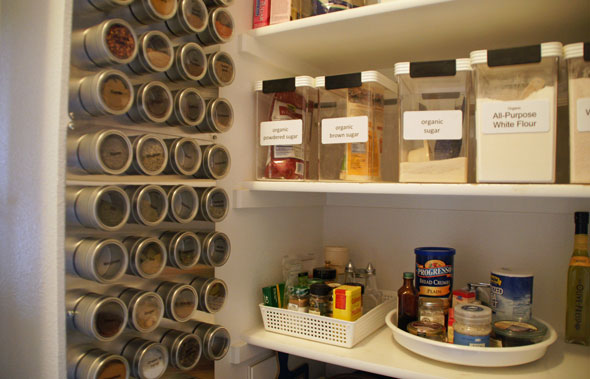 Is that gorgeous, or what? I printed the little labels myownself. 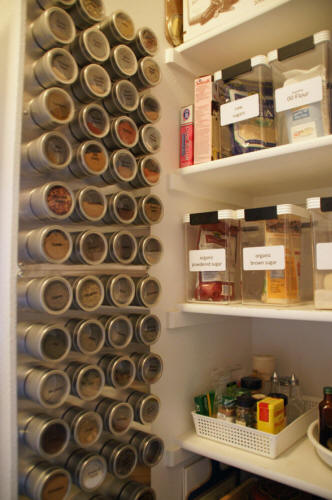 Tubular Spice Company allows us to safely carry 40 spices/herbs in the RV in the space of a loaf of bread! It fits in the little wall pantry in the RV.

Goodness, I am so organized. Stocked. Happy. 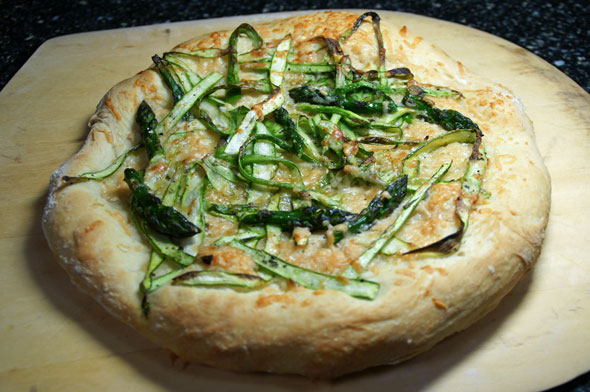 Shaved Asparagus Pizza. I made this pizza a year ago(where the conversation is incredibly the same as today) from a recipe on Smitten Kitchen... but tonight I made the pizza super low-fat by just using a little parmesan cheese - no mozzarella at all - and served the pizza with a tossed salad. Just when you think a day can't get any better - a mowed field, clean deck, newly organized pantry and a delicious dinner - Mother Nature puts the cherry on the sundae. 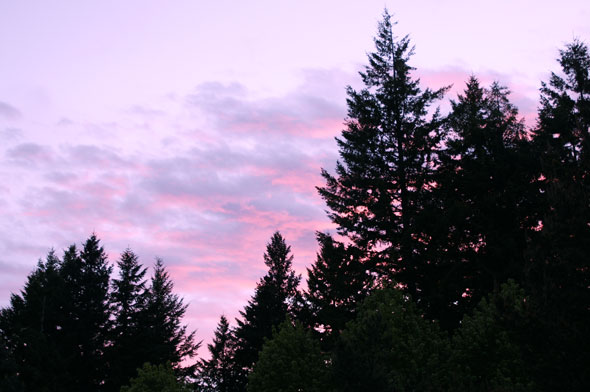