Return of the Roomies

This weekend, DT's college roommates flew-in from around the country to spend the weekend with us attend the Oregon v Stanford game in Eugene tomorrow. Since you know we are not exactly Spring Chickens - these friendships go way back.

In anticipation for a pre-Eugene dinner party at Taylor Manor this evening, I did a little cooking. 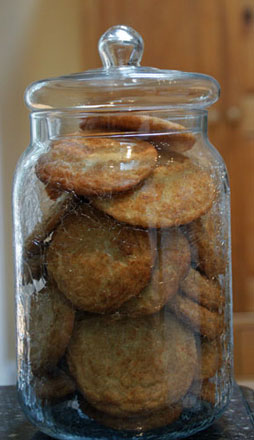 Snickerdoodles. I also baked a loaf of Challah. Save & Exit 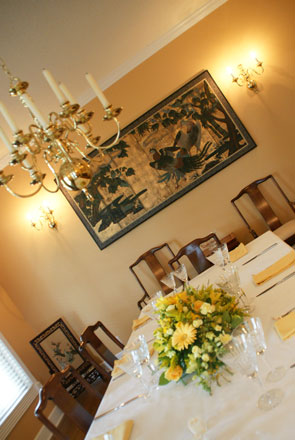 Short Rib Lasagna. I saw this recipe in Bon Appetitlast month and just had to give it a try. The Old College Try. Delicious. Everyone really loved the lasagna. I made the sauces yesterday and assembled the lasagna this morning. All I had to do was pop it in the oven and toss baby greens together with a vinaigrette. Dinner was served.

Dessert was an apple crostata (from the neighborhood apple orchard) served with Ginger Ice Cream.

Tomorrow, first thing, we pile into the Tahoe and the RV and head to Autzen Stadium. The Oregon v Stanfurd game is live at 5p pacific on ABC in most areas; ESPN-something in others. 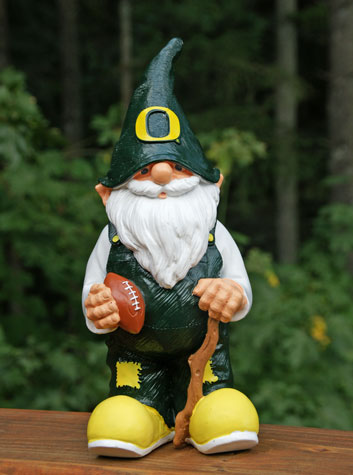 Bruce and Sierra brought us this adorable Gnome! He is going to the game too.

Just for fun and to get y'all in the mood for the game tomorrow, Supwitchugirl has made a re-do of their "I Smell Roses" video for the 2010 football season. I present to you here tonight Return of the Quack. (For those you who are not huge Duck fans, the handsome guy at the door is ex-Duck and ex-NFL Quarterback Joey Harrington.) GO DUCKS!

Until my next update, I remain, your "the Quack is Back" correspondent.