No rest for the Victors - we woke up, cleaned the motorhome, and were on the interstate towards home early this morning. Along with every other Portlander who spent the night in Eugene after the game. At least everyone was in a good mood.

We had many fans waving and honking at our bus and giving us a "thumbs up". 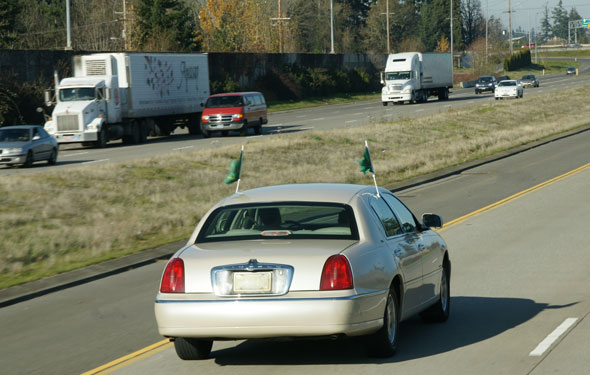 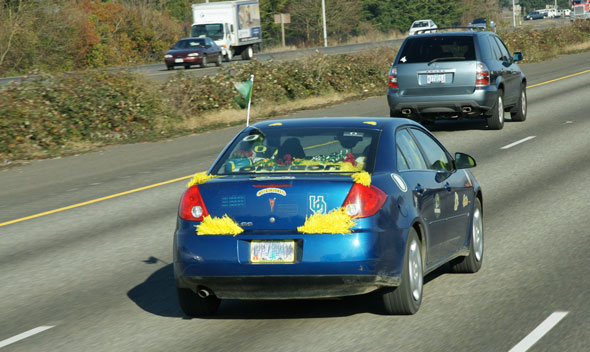 video Oregon journalism students made about the football team, but the University attorneys were not happy about the use of the official mascot, which technically belongs to the Walt Disney Company. There was a compromise - the University made a video using the song (tastefully removing the part about smelling roses) and spliced-in great Duck football highlights. Oregon ran the video on the stadium jumbotron just before kick-off to the delight of Duck fans.

I don't suppose the Beaver fans were much amused.

1. Video with "I Smell Roses" using great highlights from the 2008 Civil War.

2. Here's a music video from the the olden days with Joey Harrington. My, how things change.

3. And then there is this charmer from the Beavers this week. Watch this one right away - I suspect it will not be there for long.

Until my next update, I remain, your Pasadena-bound correspondent.

Spread the love -->
« LIVE BLOGGING ALL DAY: Civil War Edition Why, Tiger, Why? »