Our Weekend, in Ten Photos

There has been so much going on around here, I can't believe all this happened in only two or three days, but here goes...

We were observing Shabbat, enjoying that lovely Israeli Salad, when our doorbell rang. At 7p. It was Jose and his crew to power-wash our back deck (in preparation for re-sealing). They were supposed to be here super-early last Wednesday morning. Early Wednesday v Late Friday... whatever. After months and month of rain, these house painters are crazy-busy now that the sun has finally made her appearance. I told them to go ahead. So much for resting on the Sabbath. 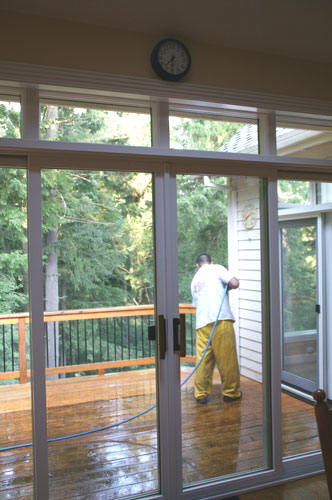 Please note the time on the clock

I just love Jose. He has painted practically every room in this house, so we are well-acquainted. Jose and his wife have two kids, each born on the first of January, one year apart. How cool is that? 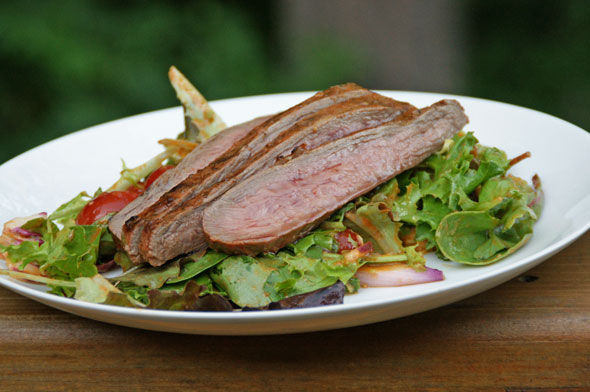 Saturday was again very warm, around 90 degrees. We rested and dined well. But we had to dine indoors as our patio furniture is now stacked up along the north side of our house... along with the grill... until our deck is refinished.

Then, one of my favorite track and field athletes, shot putter Adam Nelson, asked for my help, so I posted this photo on my twitter account: 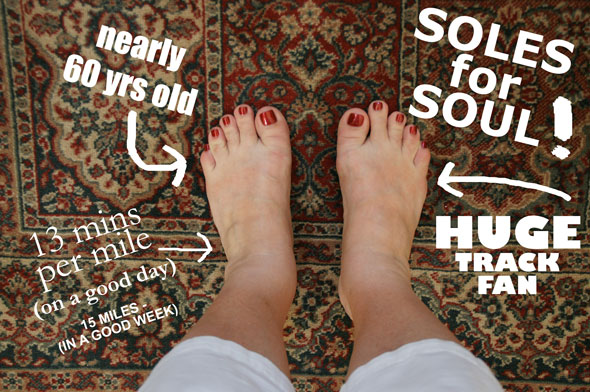 OPI.Waaaah, it's been my favorite for years!)

Sunday morning, I only had a 3-mile flat run scheduled, so I decided to stay home and do it on the treadmill. DT drove 12 miles round-trip to a park to jog four miles. I just can't find the reasoning in that. While I was on the treadmill, I watched a documentary (or maybe it was really just a promotional infomercial from Red Bull?) on television about Karl Meltzer - a guy who ran the entire Pony Express route. Seriously. Karl ran over 2000 miles - from Sacramento to St. Joseph, Missouri - in 41 days. He ran 100 miles on the last day just because he could. This documentary had two of my favorite things - RVing and Running. Meltzer was shadowed by a tricked-out C-Class, complete with medical staff and assistants. The RV had a custom paint-job with "Red Bull Human Express" painted on the side. Click here to see a short video of his run.

And though I thought it was stoopid to drive a long distance to go for a jog, I didn't mind at all when DT suggested we drive 24 miles to our golf club for lunch. Occasionally we like to drive out to our club just to see if we can recall where it is located. We are members at Pumpkin Ridge Golf Club, and have been since 1992 when the club first opened. Yep, we conveniently pay dues at two places - Pumpkin Ridge in Oregon and the Motorcoach Country Club in Indio, California - so that we can never make full use of either. Another fiscally-sound investment, and probably why Warren Buffett has never phoned here asking for financial advice. 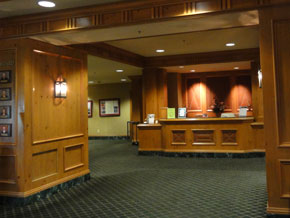 No - not to see the wheat. We stopped across the road from a wheat field - at the Willamette Valley Soaring Club - to watch a small plane tow a glider up into the air and let it go! 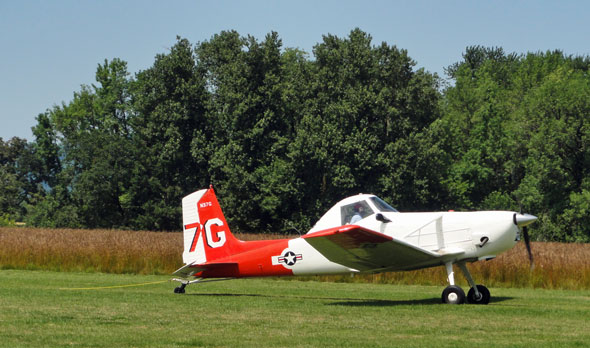 This is an airplane. It has an engine. It also has a tow rope dragging from the tail. 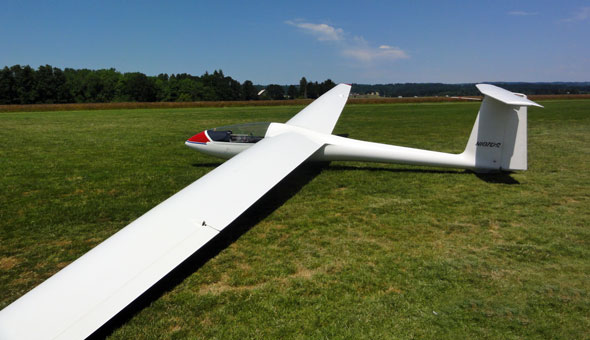 This is a glider. It is an airplane without an engine. Imagine one of those balsa wood things you snapped together as a child... on 500 pounds of steriods.

What? An assistant to the situation informed us the boy had to overcome a huge obstacle in order to make his first solo flight. I was expecting to hear the boy had been through an unimaginable tragedy or had beaten a terrible disease... but the man told us, "No. He had to get his Mother's permission".

Dear Lisa: I never would have said yes.

The boy's glider was dragged up into the sky, the tow line was released and the kid headed off towards the coast. Due to light winds and high temperatures, his glider was expected to be in the sky for up to 40 minutes. We didn't wait to watch his landing, and there was nothing on the evening news, so I assume all went well. DT's Dad was a pilot for the Air Force. Colonel Taylor could fly anything from a single engine prop plane to a B-52. I'm willing to bet there was no way in you-know-where he would ever get into a plane without an engine. 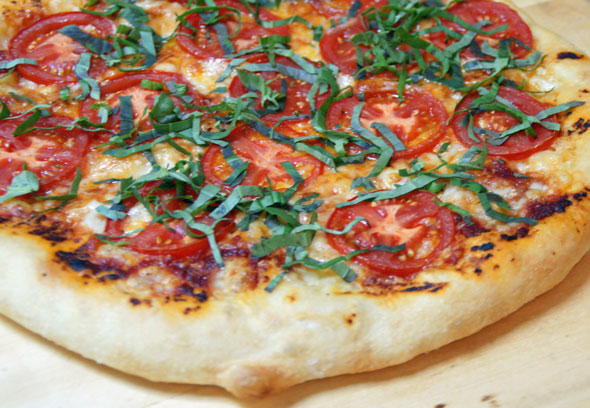