We are home - but the Magna Peregrinus is still in Eugene. The crew at Cummins Coach Care will replace the cracked part on the engine. Hopefully, in a few days we will head down and fetch her.

Anyhooo... I wanted to tell you about the very cool adventure we had yesterday afternoon - we toured through the under-construction basketball arena at the University of Oregon! As I wrote on Tuesday, the U is finally replacing their ancient Mac Court basketball/volleyball arena with a state-of-the-art sports arena. The Matt Knight Arena is located just behind the dormitory area on campus.

When complete, the Ducks will play basketball and volleyball here:

NBA teams will be envious of this athlete-friendly facility. 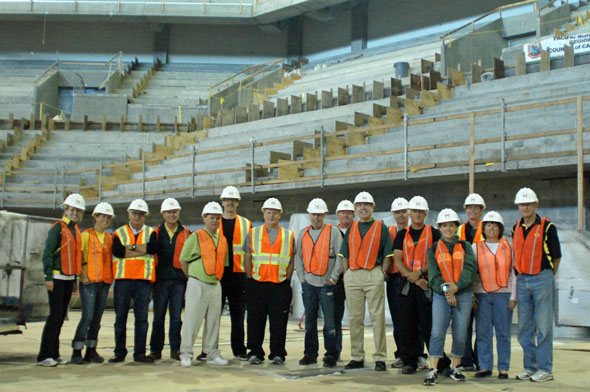 After touring through the court-level, we rode a construction elevator (I kid you not) to the top level. 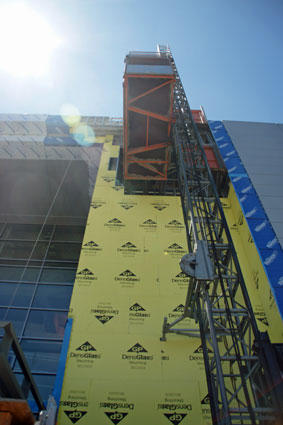 DT and Mary seemed to be enjoying the ride. 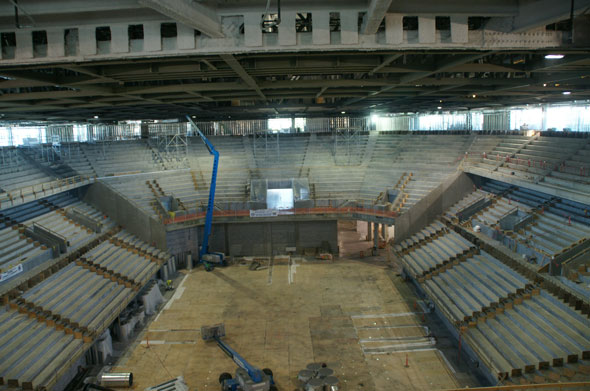 Here is a view of the arena from the top-level concourse. Notice the concourse is surrounded by windows that will let in natural light.

Back down on street level, we were shown the main entrance area and the main level concourse: 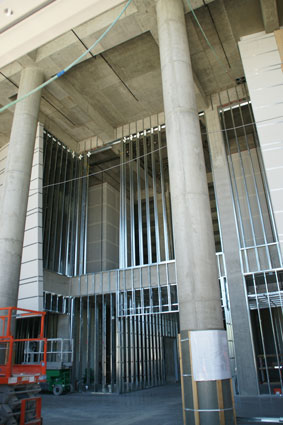 The main entrance faces towards the dormitories... which I must say are older than dirt (the dorms were dismal when DT lived there in the 1970s) and now seem especially down-trodden next to this shiny new architectural masterpiece. 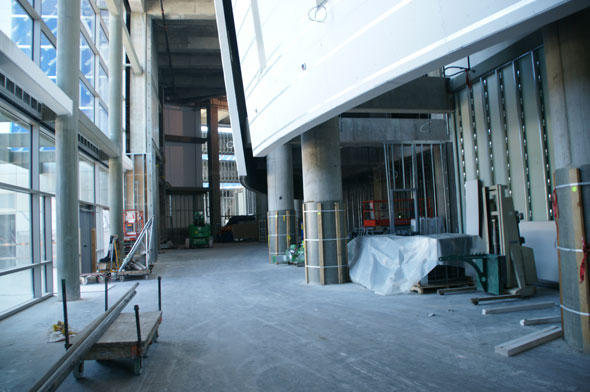 We will return to the University at the end of the month to select our seats in the new arena!

Until my next update, I remain, your concrete correspondent.