Hanukkah through the Years 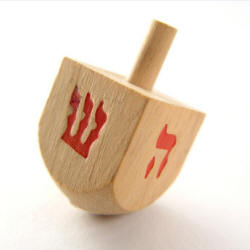 Tonight begins the Festival of Lights, when Jews around the world celebrate the (164 BC) rededication of the Holy Temple in Jerusalem after it was destroyed by the Syrians, and the Miracle of the Oil. After the temple was destroyed there was only enough olive oil to keep the sacred lamp lit for one day. A messenger was sent to another temple to fetch more oil - a round-trip journey of eight days. Miraculously, the lamp oil lasted the entire time the messenger was away.

Hanukkah is a holiday mostly celebrated at home with family and friends. It is traditional to eat foods fried in oil, especially potato pancakes (latkes) and doughnut-type sweets. Kids spin their dreidels and sing Hanukkah songs. Hanukkah is what my friend refers to as a "there was a war, we won; let's eat" holiday.

We have come full-circle at our house. Once we celebrated with a houseful. Our niece, Delaney (who is now in high school, by the way) was a great candle lighter. Look at her concentration! This photo was taken in 2000.

We celebrated many Hanukkah's on the road in our motorhome. We would usually be the only camper in the RV park without some sort of Christmas decoration on our rig - but we burned our menorah with pride. 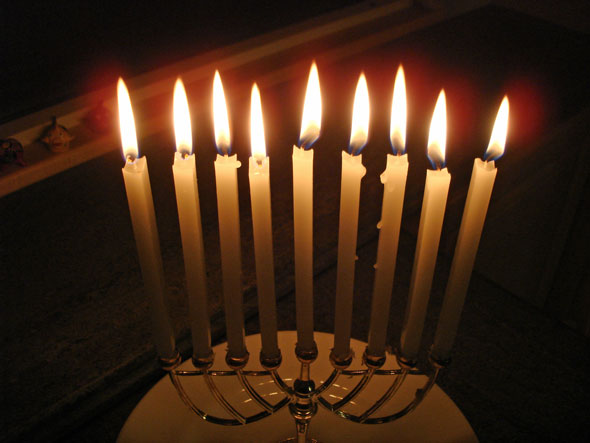 We have since replaced our little "travel menorah" with an electric version. I know an electric menorah does not technically satisfy the commandment to "light a candle", but it just isn't safe in the bus! We always fry the latkes though - home or motorhome - the first and last night of Hanukkah. 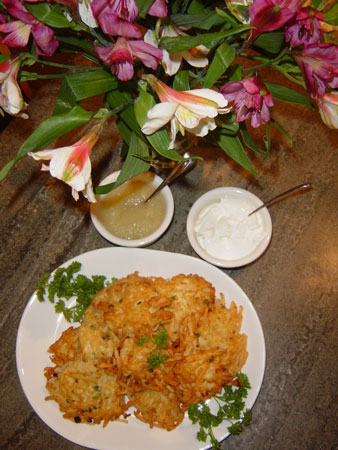 I think we were in Palm Springs

Don't forget about Hanukkah 2006! Disaster! We had invited friends for the first night of Hanukkah - a lovely menu was planned. The house was decorated. Fresh flowers EVERYWHERE. Then we had a terrible storm. Seven trees fell on our property. One of the Douglas Firs crashed through our porch. Then we lost power. No power = no heat. No power = no oven.

The party was cancelled. 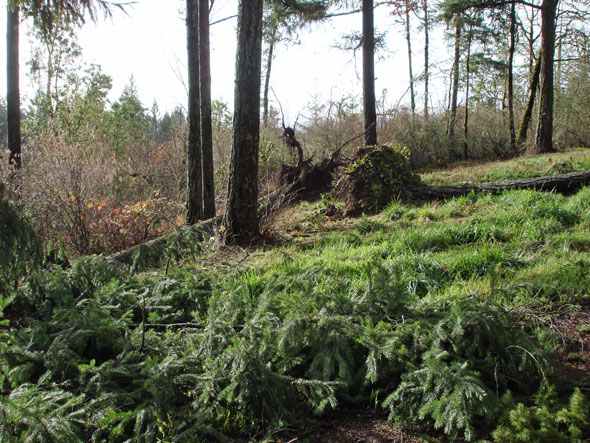 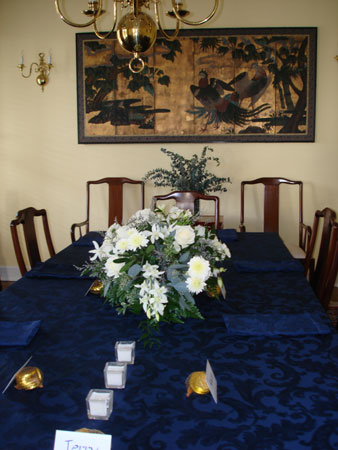 Times have really changed. Last year we celebrated Hanukkah at Lisa's house in California and watched as she lit her menorah. 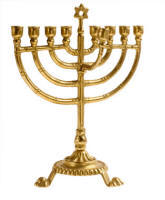 This year, we are celebrating the first night of Hanukkah at home without our daughter, family or friends - because some things never change: we are expecting an ice/snow storm in a few hours!

Hopefully we will not lose power tonight - latkes and a roast chicken are on the menu. Click here for  my latke recipe. (By the way, this year I am making "My Other Latkes" and will fry them in olive oil. Now you know.)

We will light the menorah, recite prayers and (most likely) sing a few Hanukkah songs. Speaking of songs - here is a good one:

Added later: Dinner is over. The candles have burned. No power-outage. No snow. No ice. Temperatures are above freezing for the first time in five days.

Probably not. But our meal was simply outstanding. 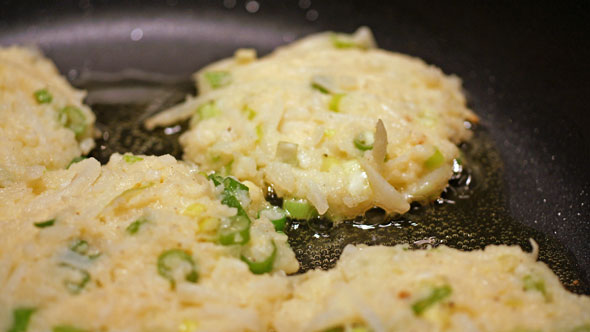 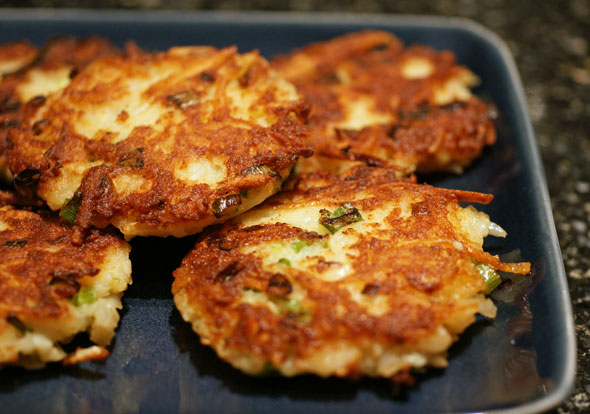 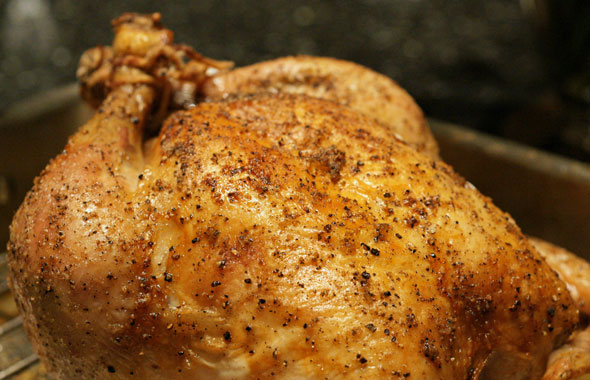 Okay. Sorry. Now I am just being mean.

To all my readers, HAPPY HANUKKAH!

Until my next update, I remain, your latke-frying correspondent.