Donise was DT's administrative assistant for about 300 years before he retired from his corporate job to became my full-time Driver. Though Dave has been retired 12 years now, I am still pretty-sure he has spent more waking hours with Donise than with me. She was instrumental in his success. They were a team. You know that old saying about how "behind every successful person is a..."? I think the saying should be "behind every successful person is a hard-working, skilled, confidential and loyal administrative assistant".

Except Donise always referred to herself as a secretary. She's old-school in some ways, but Donise could blow your socks off with her spread-sheeting skills. She can organize a meeting for 500 faster than Usain Bolt* can run 100m. To this day (sorry current boss), she will tell anyone and everyone, DT was her favorite boss. Ever. And to this day, if DT has a difficult project, he asks Donise for advice and help. Donise has a busy life - with a husband, son and two grandsons! Last fall, I had an email from Donise. She asked if I would bake my butter cake, with chocolate ganache icing, for her birthday on July 7th. I said yes.

How could I say no?

So, I was up at 5 o'clock this morning to bake a cake... because it has been so warm all week. I opened up the house and started baking my White Butter Cake. 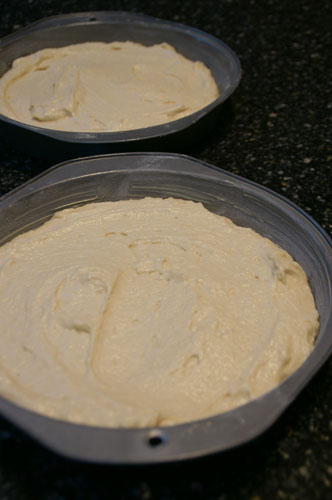 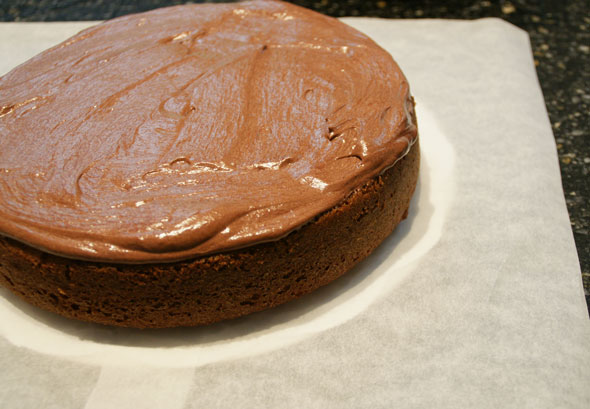 I put one of the cakes on a 10-inch cardboard circle and lined it with a pretty lace doily... then I covered the doily with two pieces of parchment paper... so I could make a mess while frosting the cake - then remove the parchment, leaving a pristine white doily. 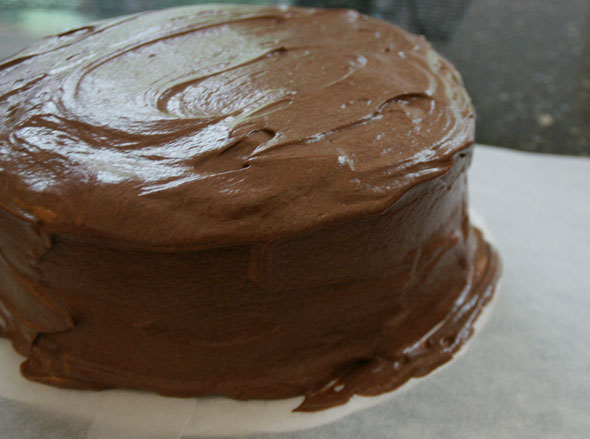 My ganache did not set-up as well as I would like. Usually, I would attribute this to the hot weather... except the hot weather has left us. Mysteriously. Overnight. Went Away. Yes, Dear Reader, after a streak of four nice days in a row, it was again cloudy and cool. Dang. The ganache icing was a bit runny. Just a bit. Not sure why. Ganache is a thing all its own. Moody. 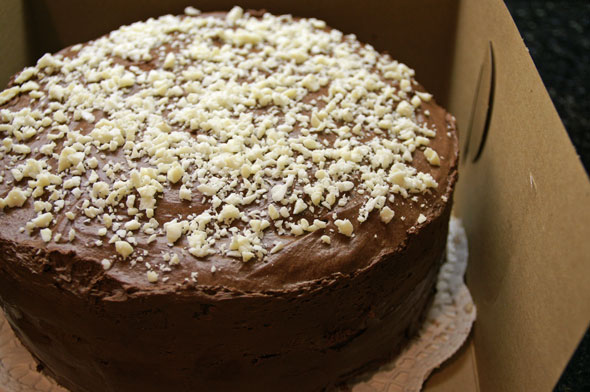 Apparently my ganache was only having a hot flash, because five minutes in the fridge had the icing behaving! I put three Lindt Lindor White Chocolate Truffles in my mini-chopper and sprinkled the result over the top of the now-pretty cake. Since I would be placing the cake in a cake box, a tall birthday candle was just not an option.

The cake will taste delicious... but it wasn't the most attractive cake that has ever left this kitchen. Donise will probably not be requesting another cake from me! 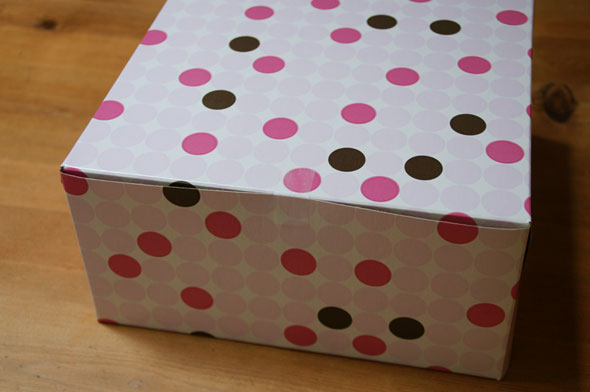 There! The cake looks GREAT in a pretty cake box! 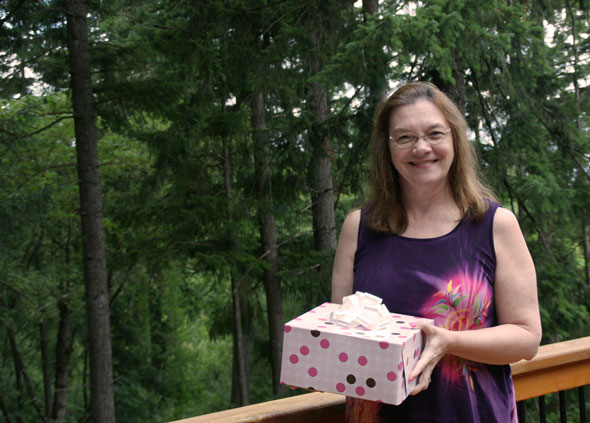 After work, Donise came up to Taylor Manor for a celebratory birthday cocktail - and to pick-up her requested birthday cake. We caught-up, laughed and reminisced. Happy Birthday, Donise! 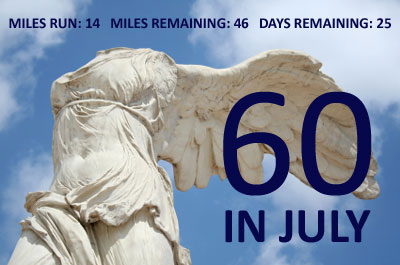 No run today. A planned Day of Rest. Lovely!

*Usain Bolt: If you live on another planet do not know, Jamaica's Usain Bolt is the "World's Fastest Man". Mr. Bolt is in Paris and is slated to race tomorrow at the Paris Areva meet. Many of the world's best track & field athletes are in Paris to run in the Paris Areva. One special fellow, Duck Matthew Centrowitz is slated to run in the 1500m. His first race against the Big Boys. The fastest milers in the world are entered in this race. It's going to be a very exciting 4-lapper. Duck alum Andrew Wheating is also in the race. Both men are striving to improve their times to make the qualifying standard for the World Championships next month in South Korea. You can watch the meet live tomorrow on the internet ($2.99, which you know I will be doing) or you can watch it delayed on Universal Sports TV at 5p pacific (which you know I will be doing).

PS: to all you DirecTV people, Universal Sports if finally coming to DirecTV next month!

And here is a little tale from Paris. In Matthew's words: So I'm about to workout on the track in Paris and who decides to workout at the same time? Usain Bolt and Caster Semanya. I'm coming around for an interval and Usain is in my lane walking. Now I have two options: I can yell "track" and see if he moves or drift out to lane 2 or 3. I come striding down with a look of determination on my face and you better believe he juked off of the track to give me my lane. Life complete."

Until my next update, I remain, your sweet correspondent.
« Not on the Guest List Exciting »