TrackTown, USA:  Today was quite busy as two of my siblings joined us for a day at the track. 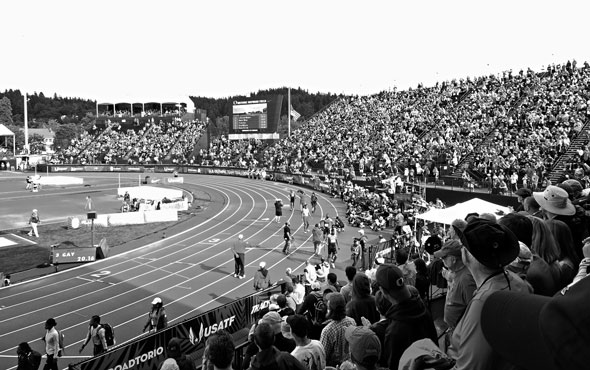 The competition is winding-down, so the races are getting more intense. Lots of semi-finals today and three finals: Men's discus, men's steeplechase and women's 100m hurdles. 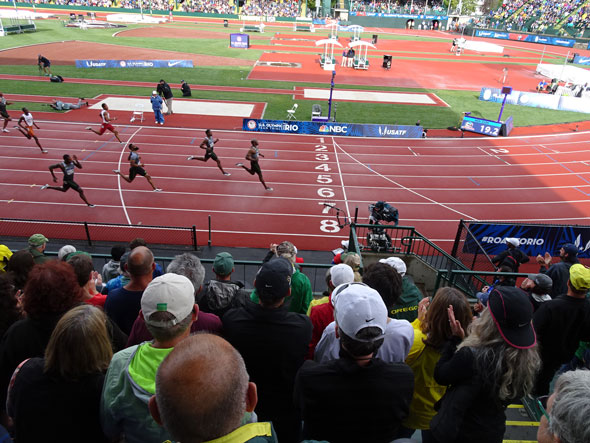 It poured buckets of rain during most of the three-hour meet, but then the sun came out for the steeplechase and the rest of the evening was quite nice. 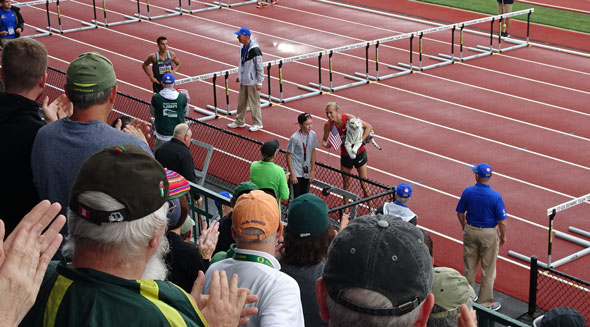 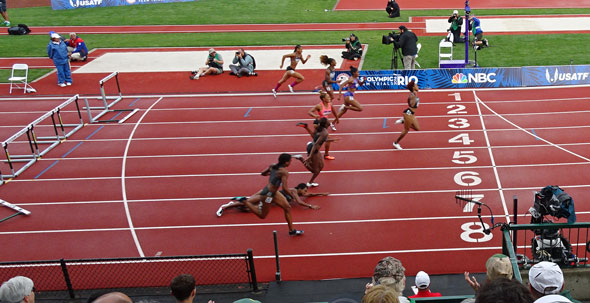 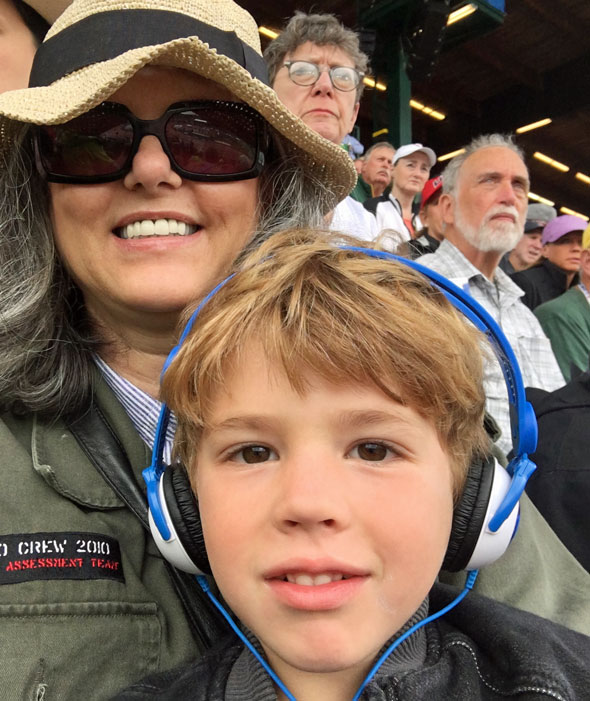 My sister, Renee, with Leo at Historic Hayward Field

After the meet, we joined friends at the Fan Fest. 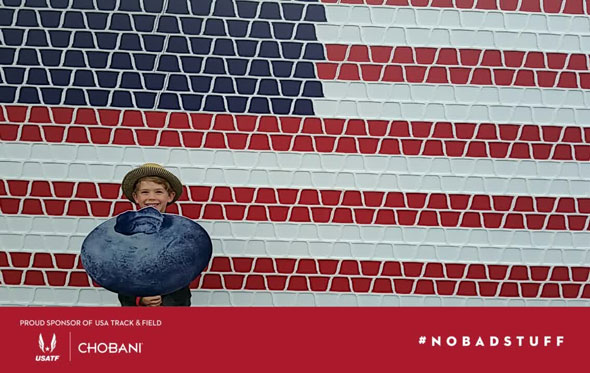 Leo had another photo taken at Chobani and danced to live music at the Fan Festival.

Lisa snapped a few photos of the siblings after the meet: 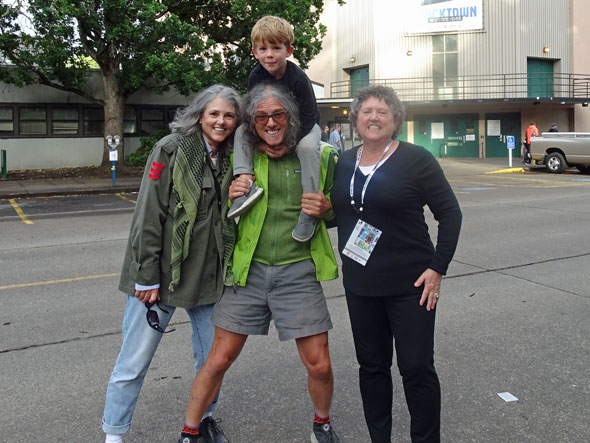 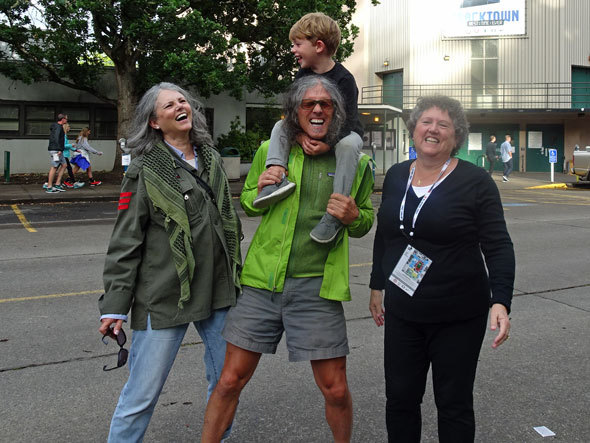 Until my next update, I remain, your familiar correspondent.