Why We Are Here

Newport, Oregon: Yes, we did want a few days to reconnect. A few days of R&R... but a major reason for this Oregon get-away is our internet satellite dish needed to be deployed from 7a to 3p (pacific) today (Tuesday, 16 September) so the mobile satellite dudes could send a massive update to my modem via mystical airborne satellite connections. This is the first time in over ten years of satellite internetting we have been required to have the roof-top dish up and locked-on to receive an update. Usually it is a simple downloadable file that we (oh, that was funny... I typed "we", but I meant "me") easily upload to the modem.

Instructions were simple for this critical update: be ready or be left behind.

Our choices were 1) have the bus at our house and try to figure a way between our satellite dish and a poorly-placed 50-year-old fir tree. 2) remain in Eugene and have the system updated there - boring. 3) go to our RV storage facility at 6a, pull the RV out into the daylight and hang around in the parking area until 3p... or, 4) go on a little holiday and enjoy ourselves for a few days.

Obviously, option 4 was the winning choice.

So, I was a busy girl - monitoring - while DT went out for his jog, and had to find my 10000 steps later in the day. The update was held in two stages and as the first stage went well, we decided to head out for lunch and touristing during stage two.

The weather could not have been better. Sunny skies and no wind.

It was a beautiful day for a walk on the beach and there were many people surfing today. 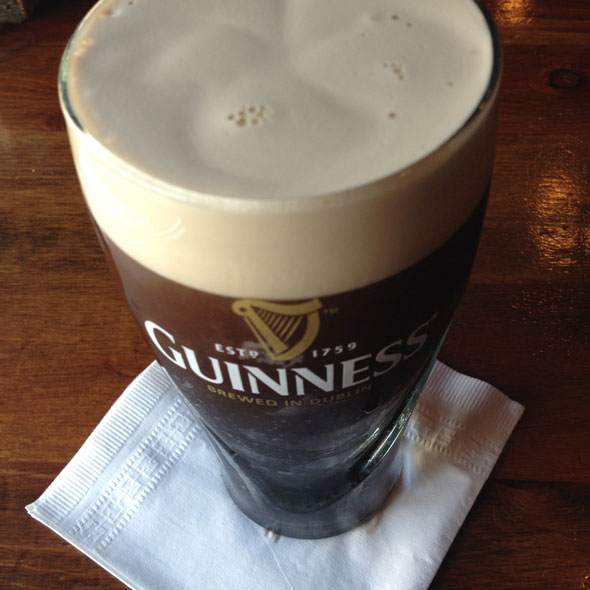 For lunch, we stopped back at Nana's Irish Pub - a restaurant we always seem to visit when in Newport. We usually have a Guinness and split a Rueben. The sandwich is so delicious and, instead of sauerkraut, Nana's uses steamed cabbage. 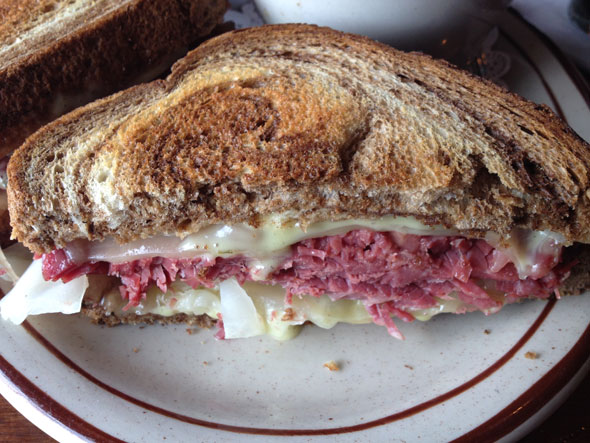 After lunch we strolled the streets of the Nye Beach neighborhood, did a little window shopping, bought some postcards and then headed over to the Old Yaquina Bay Lighthouse (built in 1871) for views out over the jetty. 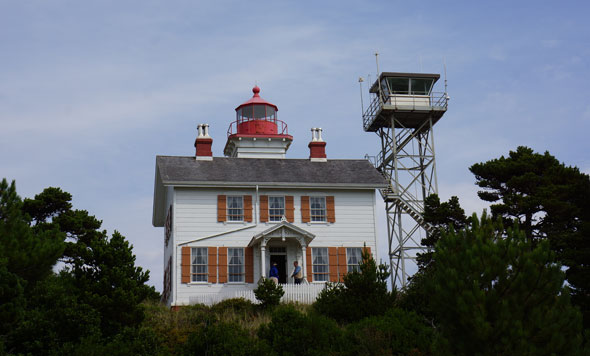 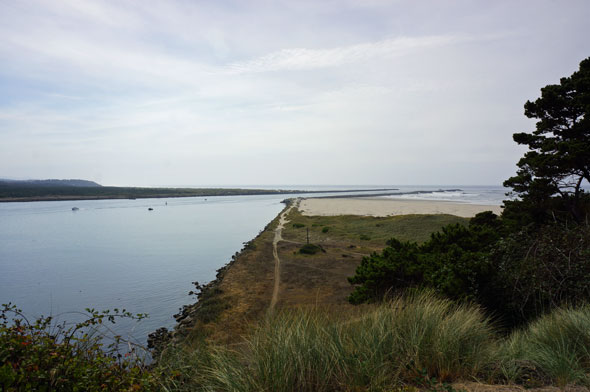 Jetty in Newport - where the 50-mile-long Yaquina River meets the sea. 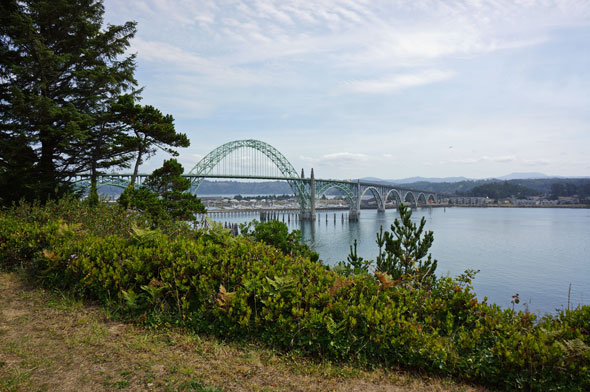 Yaquina Bay Bridge from the lighthouse

By the way, 'round these parts, we say Yah-KEEN-ah.

One place we always stop is to an old sinking wooden dock usually covered with vacationing male sea lions. The Dudes are absolutely massive and bark and fight and burp and poop and generally seem to be having a pretty great time. Here is a video I posted on the RV Goddess Facebook page: 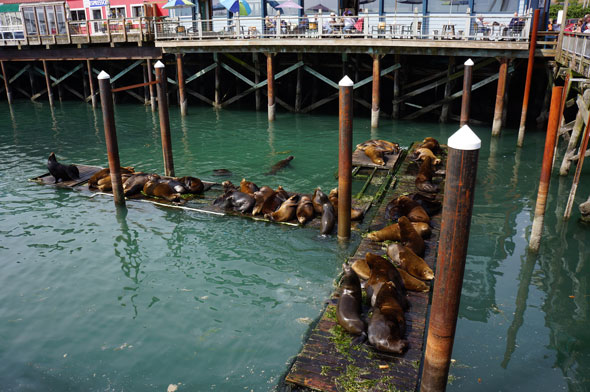 We had an email from the mobile satellite people reporting the upgrade was finished and successful, so we went home only to learn it was successful for most everyone but us.

The internet satellite company would like me to phone them in the morning and spend 15-20 minutes on the phone to "easily" repair the new software requirements. Oh, well.

Again, we went to dinner with fellow Motorcoach Country Club Campers, Sue & Gary. Gary had found a dive bar in Nye Beach he thought we should try. They had tables, but little kitchen staff and proclaimed it would be an hour for food. So, we drove back to Old Town to a fancy seafood place only to find it had an hour wait... and finally settled on a sushi place (uncooked food is served pronto), Asiatico, where we scored the last table in the house, had great service, fresh sushi, perfectly-prepared chicken dishes, great service and a great time. Score!

There is also this interesting little tidbit that floated across my desk this afternoon... the Oregon Ducks made the cover of Sports Illustrated (again!) this week. Will the Duck suffer the wrath of the SI JINX or will they beat the Washington State Cougars on Saturday? Ducks are favored by 20+. Come on, boys, shake it off! 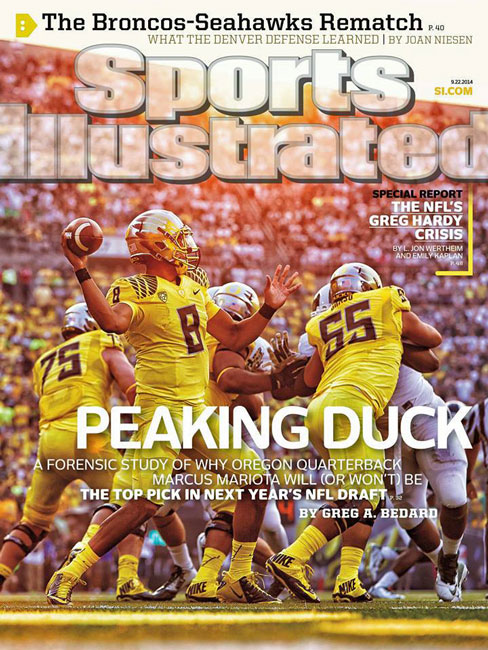 Until my next update, I remain, your off-line correspondent.

RV PARK: Port of Newport Marina and RV Park. Full hookup, pull-through with 50 amps, cable, free wifi. We are paying $39 per night with Good Sam discount.
« How’s This Blog Working For You? A Girl from Yamhill »