Newport, Oregon: We seem to get over to Newport every year or two and y'all are probably tired of seeing the same old photos, but today we visited OLD places, but saw NEW things! 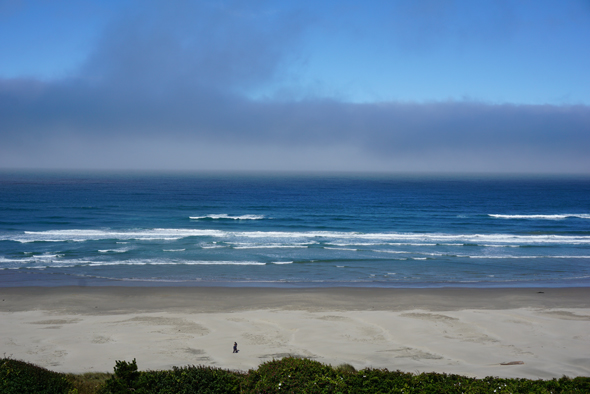 The fog has lifted!

First, breakfast at the cute little Stephanie Cafe, just a few blocks from our hotel. Even if you just order a cup of coffee, every diner receives a delicious scone - at no charge. Cranberry-Orange today. We also ordered a veggie omelet and French toast with chicken-apple sausages. 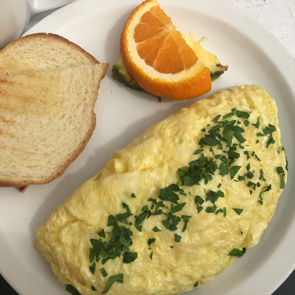 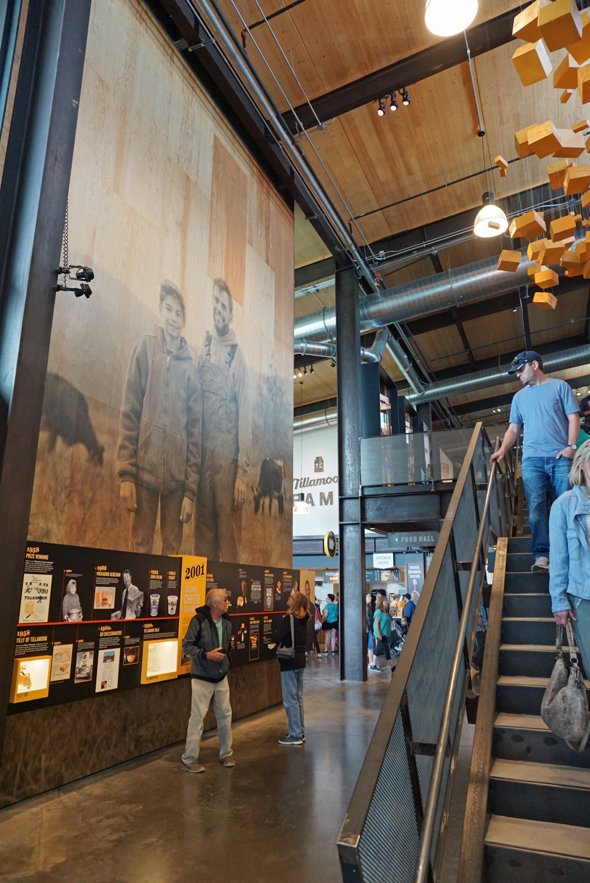 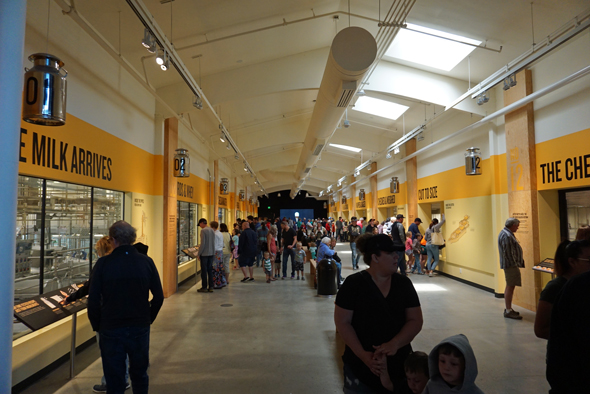 The walkway above the creamery floor 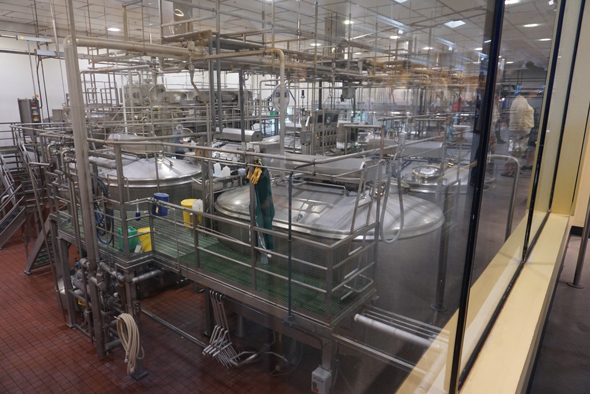 It's betta with chedda 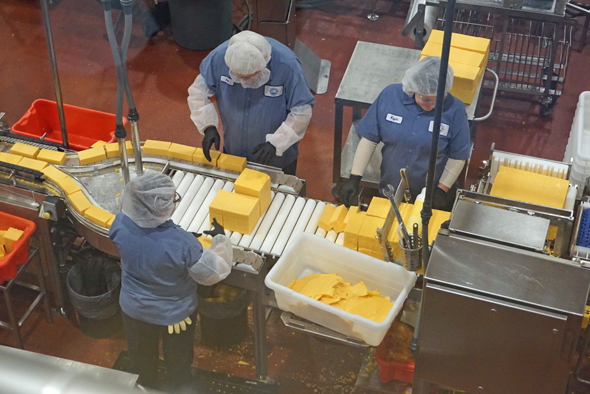 This afternoon they were packing medium Tillamook Cheddar -
the best selling item they produce. 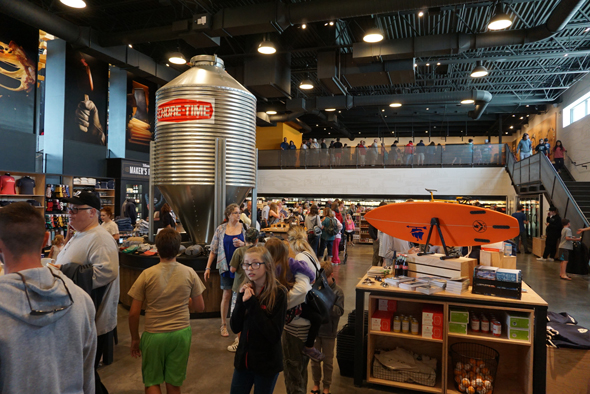 Exit through the gift shop! The shop is so much larger than the old store.
Great products and every type of cheese they make. 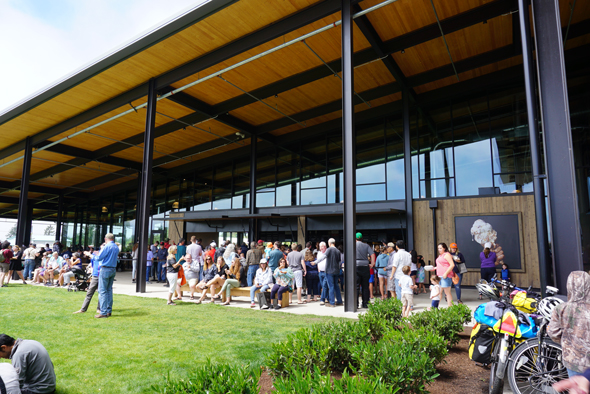 Jacobsen Salt Works is one of my favorite places to visit. Plain, simple, humble-even (pretty sure they will never have a visitor center on the scale of the creamery), but Ben Jacobsen is the first to make salt on the Oregon Coast since two other guys - Lewis & Clark - made salt during their winter stay in Oregon in 1805. I now use Jacobsen salt exclusively. 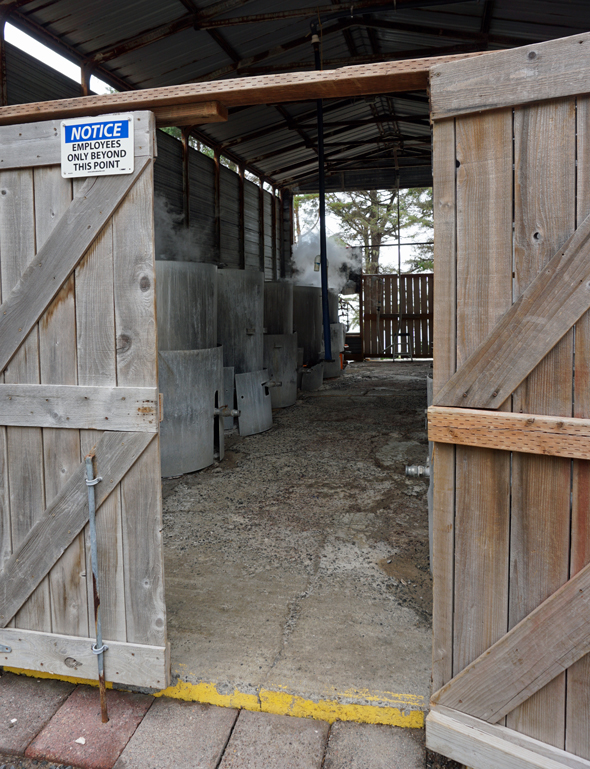 I told you it wasn't fancy. The water is brought in from the bay (just a few feet from this shed), filtered, and boiled until only the salt remains. 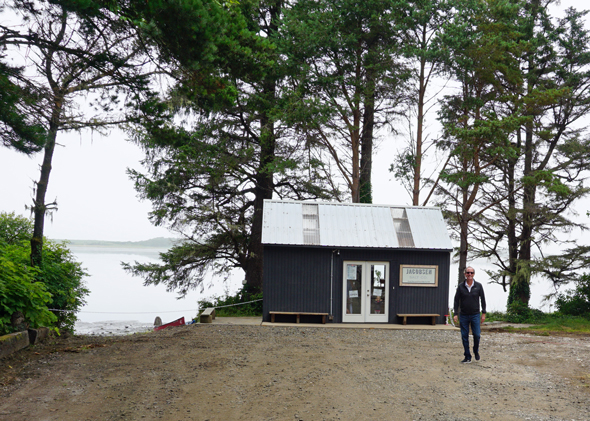 The little store has been moved down to the bay. 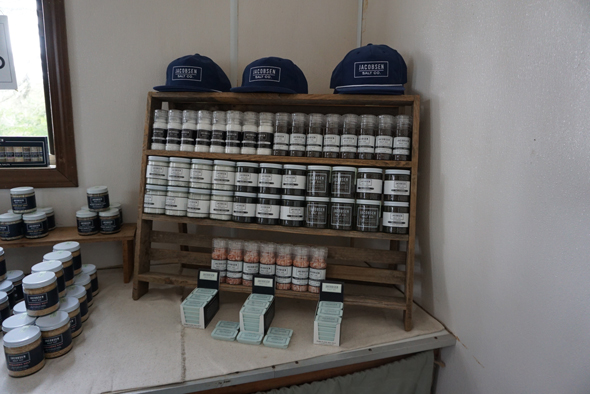 Devils Punch Bowl (at low tide, no punch was being served)

Tonight we had reservations at Local Ocean, one of our favorite restaurants in Newport. This place serves fish caught by the boats in the harbor across the road! (Everything, that is, except the prawns. Oregon water is too cold for the large prawns.) The fish is listed by type, along with the name of the fishing vessel, on the menu.

We waited in the bar for a moment for our table and ran into Oregon Governor Kate Brown. We had met her several times previously (Final Four in Phoenix, World Championships in London), so was nice to see her again - and not on official business. 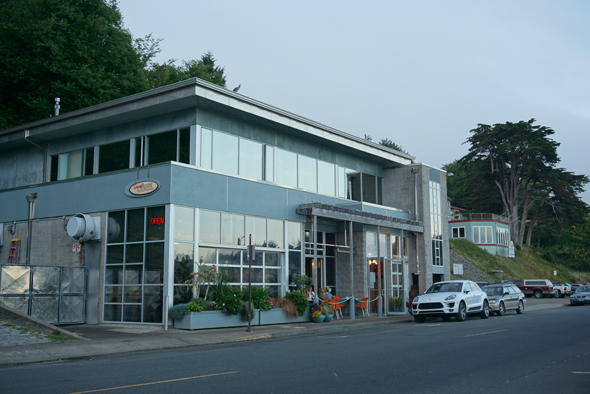 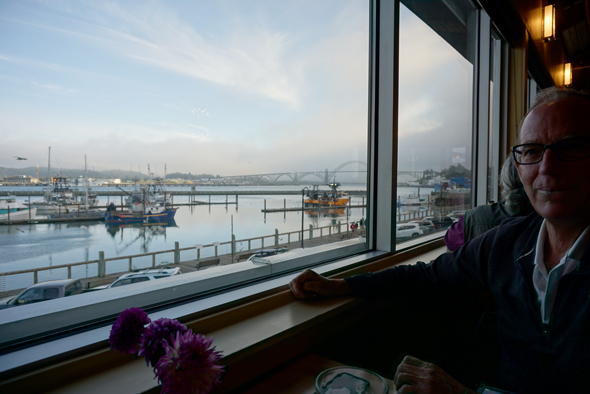 Dream Date, with a view to the Yaquina Bay Bridge 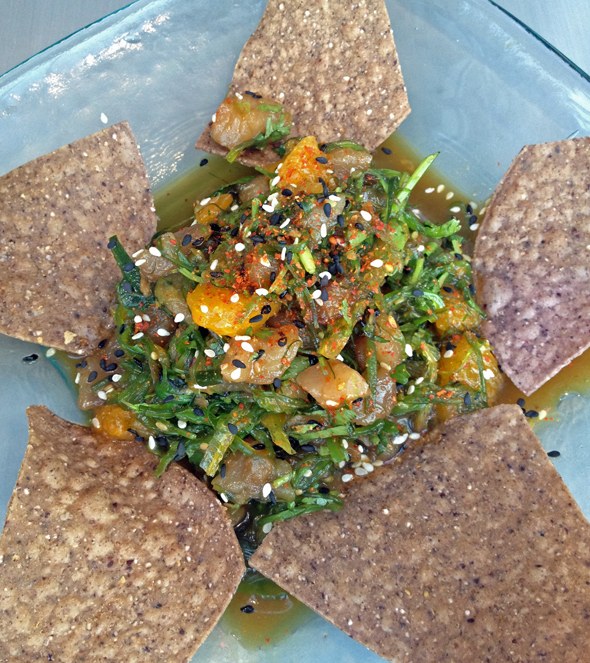 Tuna Poke appetizer - the best thing on the menu 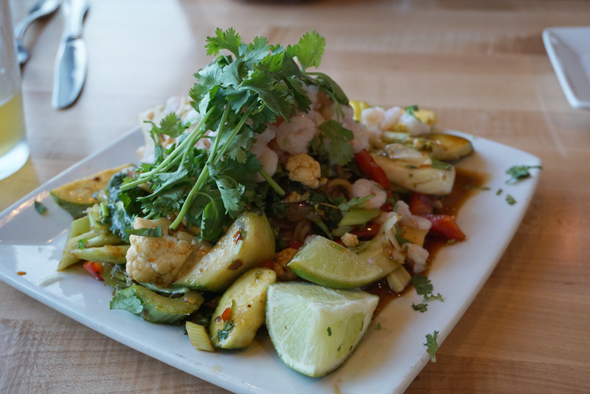 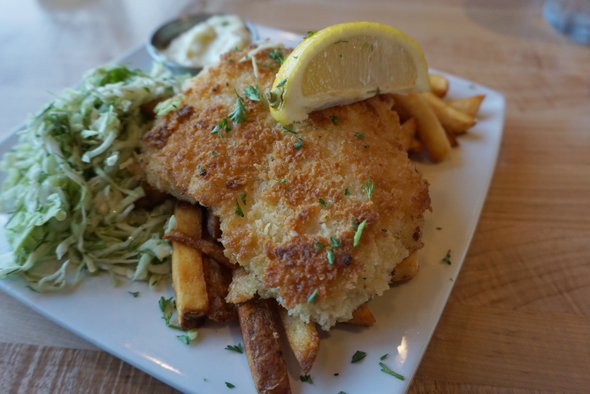 Grilled Rockfish (much better than Saturday!)

Just a great restaurant, service, views and food. Highly recommended. Mary and Captain Jim told us about Local Ocean five years ago, and we can't thank them enough. Reservations are a must.

A few more photos of the harbor across the street from Local Ocean: 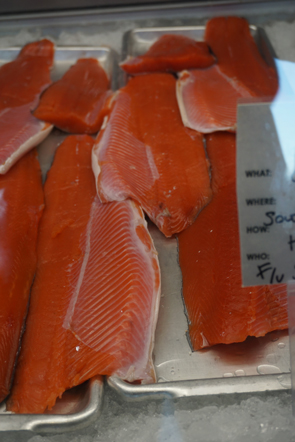