Los Angeles, California: The Old Folks were up early this morning. Lenny, Lisa & Leo picked us up at our hotel and we all went out to the Rose Bowl Aquatics Center for Leo's first swim lesson! The entire area surrounding the Rose Bowl was crazy-busy. Hundreds of people jogging, soccer matches, a RV show and a massive swim meet at the Aquatics Center. There were at least three pools at the center (that I saw) and they were all being utilized with the meet and swim lessons. 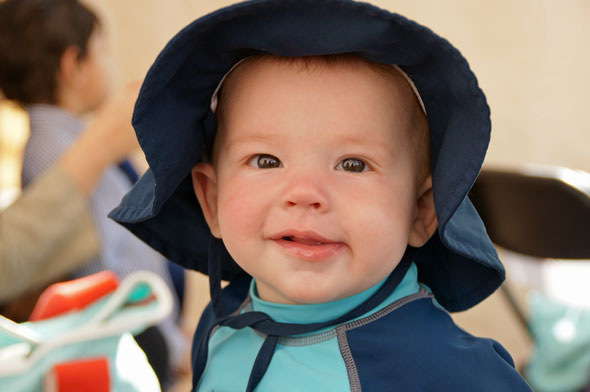 Foxy's in Glendale. They specialize in all sorts of Mexican breakfasts. Yumms. 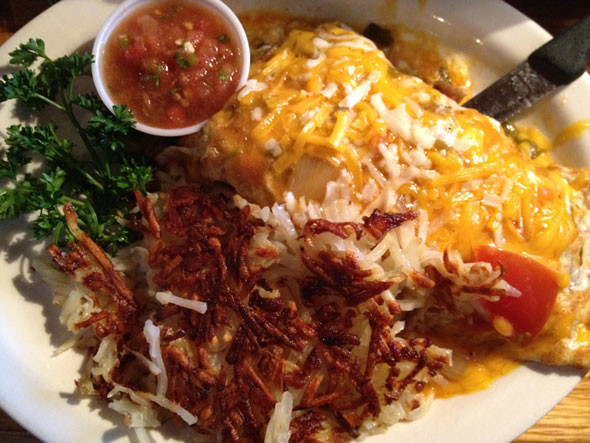 DT and I rested at our hotel for a bit while Lisa and Lenny took Leo to a birthday party. Later, we headed back to help Lisa and Lenny get ready for their week and then Lisa's friends gathered to celebrate Sasa's 8th Birthday. 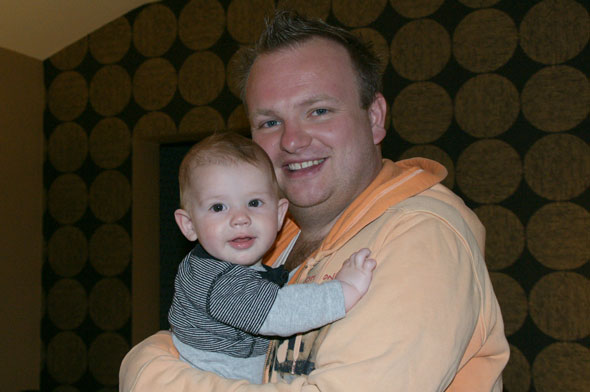 Sasa (pronounced Sasha) and Lisa have been friends since 1999 when they met at The George Washington University. And though Sasa lives in New York, he visits Los Angeles often to see Lisa and their large group of GW friends now living on the West Coast. Sasa is a Leap Day baby, so tonight we celebrated his 8th birthday at Barbrix. Ten friends - including Little Leo!

Another wonderful evening with the youngsters!