Sunday in the Trailer Park 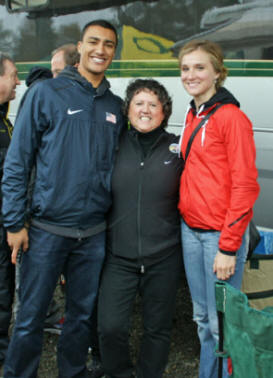 Indio, California:  The track meet in Poland is over, so we can now stop staying up half the night to watch the races live on my iPad. Still feeling a bit foggy and I did not run two days in a row... and toss-in the one hour time change and you get a one whacked-out Goddess.

I can happily report the WGA (World Greatest Athlete, Native Oregonian Ashton Eaton, pictured here - with Yours Truly and his then-fiance - at our Duck football tailgate party in 2012) retained his world indoor heptathlon title. Eaton's bride, Brianne Theisen-Eaton won the women's multi-event silver for Canada. Both athletes are alums of the University of Oregon. Click here to see a slide show of this amazing athlete at the championships in Poland.

You are now prepared for Indoor or Outdoor Jeopardy.

If y'all have been reading this website for any time at all, you may recall mid-March is time for university trustee meetings in Palm Desert, so Dave was away this afternoon for the first round of meetings. I had the day to groggily (apparently groggily is a word) get through the afternoon on my own. 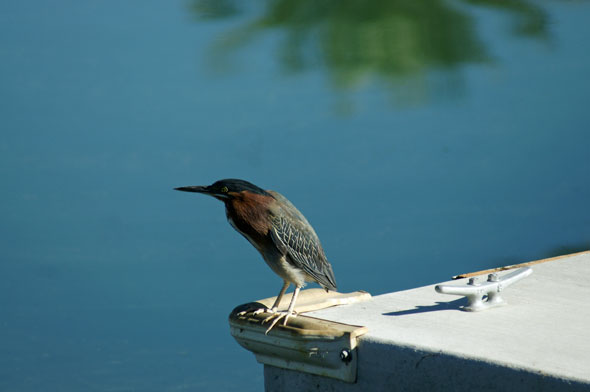 I broke-out the Big Guns to snap bird photos today. My fabulous Sony DSLR camera is so old, it is no longer even mentioned at sony.com... but it is such a great camera, the Sony a700 is selling on eBay for not-much-less the original purchase price.

Not that I would ever sell my heavy monster.

A Kestrel perches on a dead palm frond outside our motorhome several times a day. I sat out there for hours with a massive lens attached my ancient DSLR camera. Dang Sparrow Hawk Kestrel never appeared. Green Herons were a dime-a-dozen though. It was also fun watching the nightly Boat Parade - with the time change, it was light until nearly 7p. 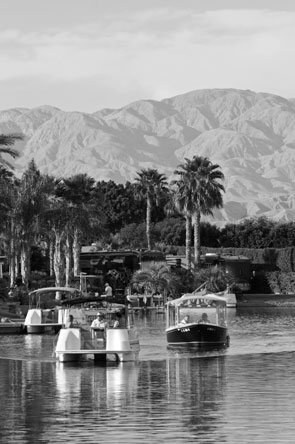 Banana Bread recipe as a base. 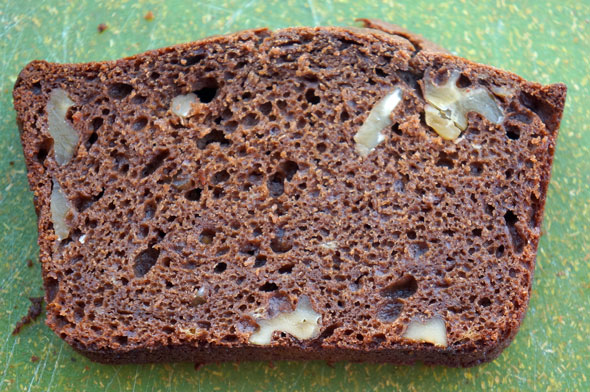 Marathon Coach has two gorgeous motorhomes on display/for sale in our resort. This evening we stopped by to tour through the dazzling coaches. 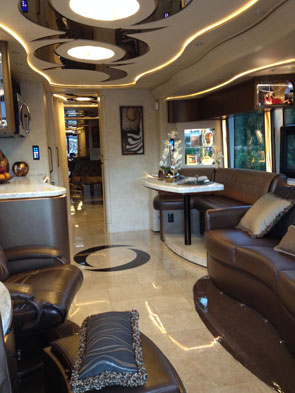 Simply amazing what 1.6 million can buy these days.

Bamboo floors! Subzero refrigerators! Dishwasher! Washer/Dryer! Walk-in closets! There is even a small TV in the bathroom, just in case you can't miss a moment of the game to pee.

We had video-chatted with our clever grandson, had dinner in the clubhouse, watched yet another taped replay of the track meet on television and called it a night.