Indio, California: Not at the Circle K this time, but at the Motorcoach Country Club. We have had thunder. Lightning. Rain. Black Clouds... and a wholotta girls in bikinis and cowboy boots - it is StageCoach weekend in the Coachella Valley.

Our resort is basically next-door to the festival, but because we are a "motorcoach only" facility, MCC is not always the first choice for the Coachella Music Festival crowd. However... the country music lovers seem to travel in fancy motorhomes and about 50 renters have encamped to our resort for the country music festival this weekend.

One Funny Story: Dave had returned to our motorhome after his jog this morning (I was still out pounding the pavement) when - strange things were afoot - and Dave heard someone at the door asking: if we would like to buy a ticket to the Stagecoach Music Festival? DT went outside to speak to two young weekend renters on our doorstep. Dave politely explained that we did not require/need/want tickets to the country music festival and the guys were completely dumbfounded. They did not understand why Dave would not want tickets to a country music festival when we clearly plaster "Country Coach" on our motorhome mud flap.

I can't make this stuff up.

Anyhoo... that is the least interesting thing that has happened around here. Neighbors Colleen and Rick were ready to head back to Calgary a few days ago (we all said goodbye... tears... kisses), except - strange things were afoot. When they went to leave, their slide rooms would not come in. Repair people and technicians later (new batteries may be required)... and they are still here. Fine with us, but apparently they want to get back to Canada for the birth of their first grandchild.

Another neighbor, Fellow Oregonians (albeit, Beavers) and Country Coach owners, were set to leave - when strange things were afoot  - and they need a new relay switch for their inverter. We happened to have a spare relay switch on board - but would you even believe it was not the exact relay switch they needed? Even when we try to help a Beaver, it doesn't work out. 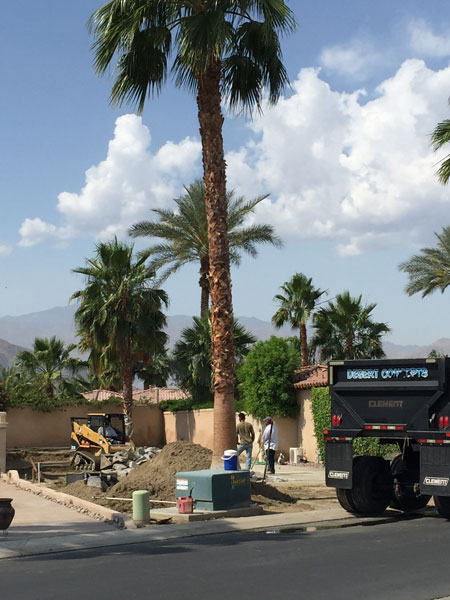 Nothing strange is afoot behind our bus. Neighbors are building a future-beautiful enclosed (air conditioned) shade pavilion and casita. There was one vibrating morning of jack-hammering, but now things have quieted-down to a dull roar. By the time we return next fall, the street will be so changed. Nice! 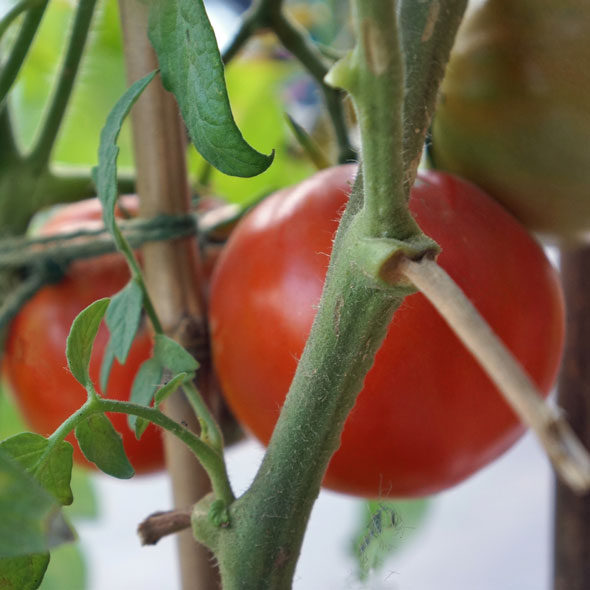 Can't really give an opinion on the third variety - a cherry tomato - since the main stem (loaded with fruit and flowers) broke off during a wind storm several weeks ago. Captain Jim and Mary have been harvesting cherry tomatoes from their (better protected) plant for a week or so). Our cherry tomato is again heavy with fruit, so hopefully we will harvest before we hit the highway north to Oregon. 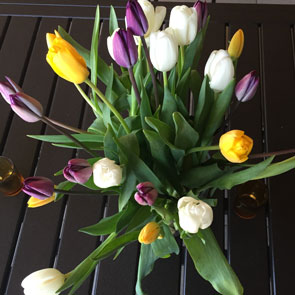 Tulips from Lois - and a fellow duck visiting DT

Dave and I cooked last night for our neighbor, Lois. I made (dinner-party-easy from the Barefoot Contessa) Mustard Roasted Fish (we used frozen wild-caught cod from Costco).

Poor Lois was a Guinea Pig. We tested a recipe printed this week in The New York Times for seared endive, served with a gremolata. You would be so very proud of me - the recipe called for chopped walnuts and walnut oil and I (Oregonian!) used chopped hazelnuts and hazelnut oil. 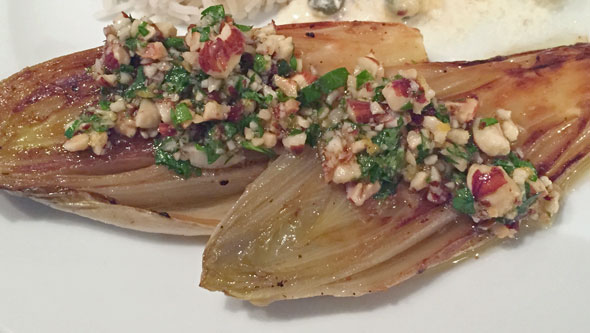 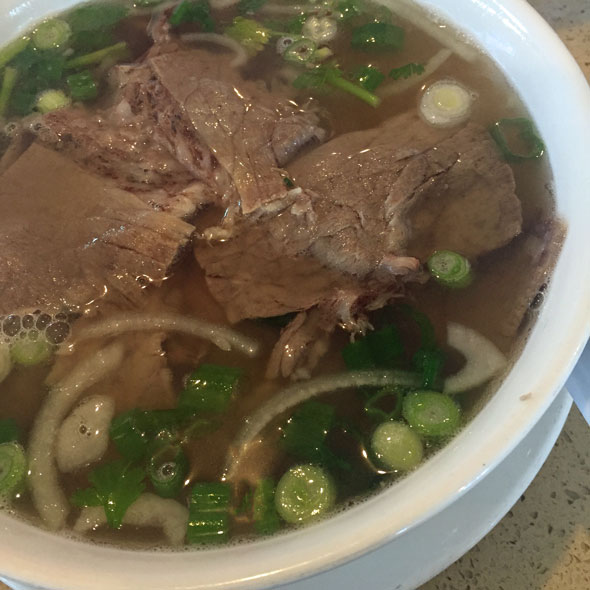 Mary and I had the brisket pho

Dave and I need a grandbaby-fix, so will be avoiding the Stagecoach Country Music Festival and will head over to El Lay for the weekend. 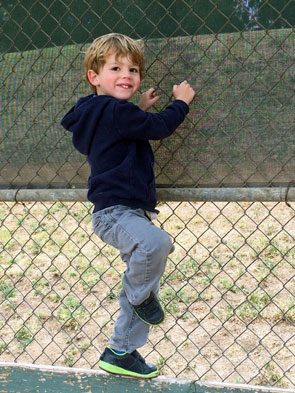 Can't imagine why. Nothing strange is ever afoot in Los Angeles.

Until my next update, I remain, your strange correspondent.

« Mapo Tofu (Vegetarian/Vegan) A Day at the Races »