Rome, Italy: Our plan today was to wander about and find ourselves mid-day at Pizzarium for a late lunch. And wander we did, covering over six miles before lunch! 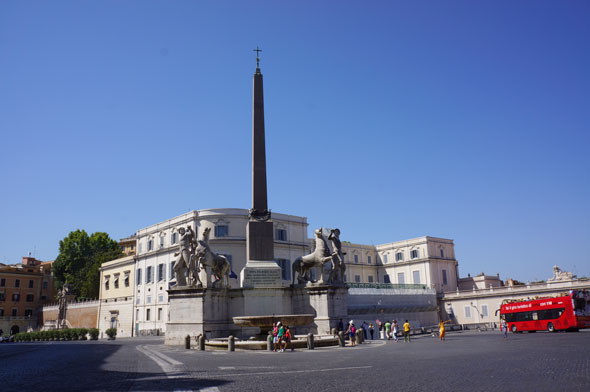 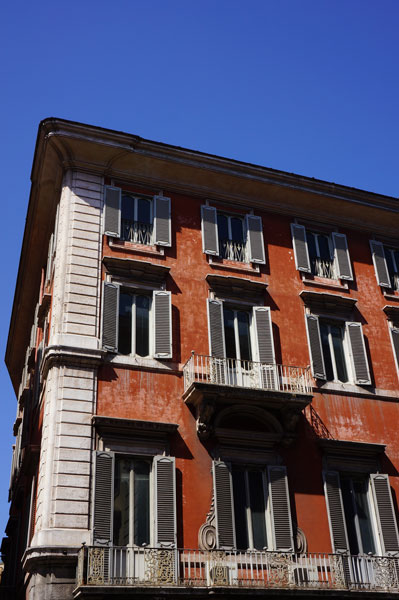 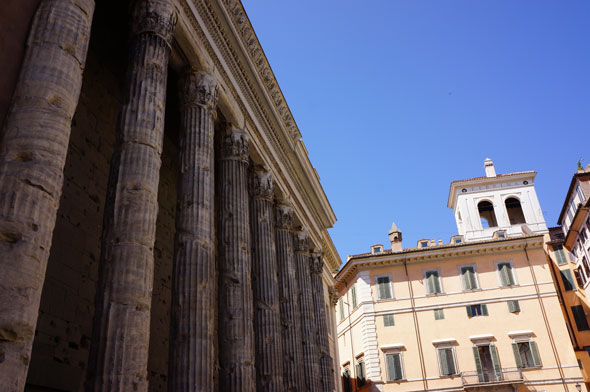 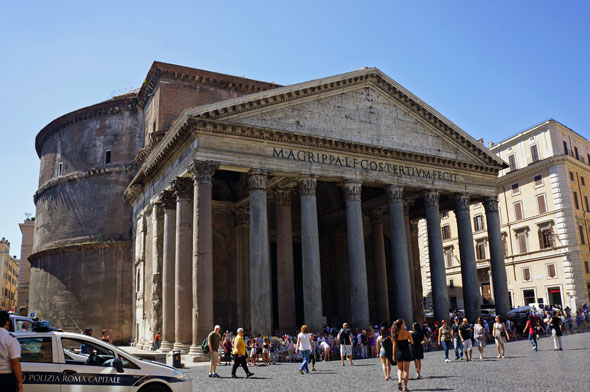 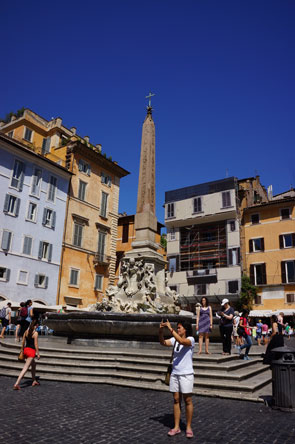 Fountain in front of Pantheon and a parrot outside a restaurant

We stopped at a little toy shop, looking for a small gift for a certain little boy in Los Angeles, but could not find an appropriate toy for a toddler - too many dangerous moving/breakable parts on the adorable bendable Pinocchio dolls.

Some boys never grow up: 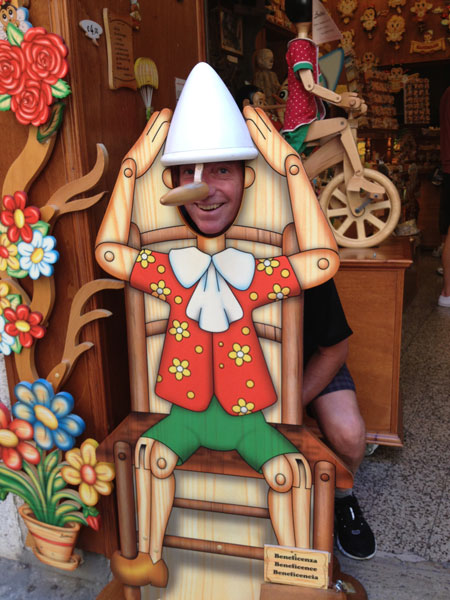 The Castel Sant'Angelo was built by Hadrian as a mausoleum for himself nearly 1900 years ago. The castle is now a museum (and several rulers are buried on the site): 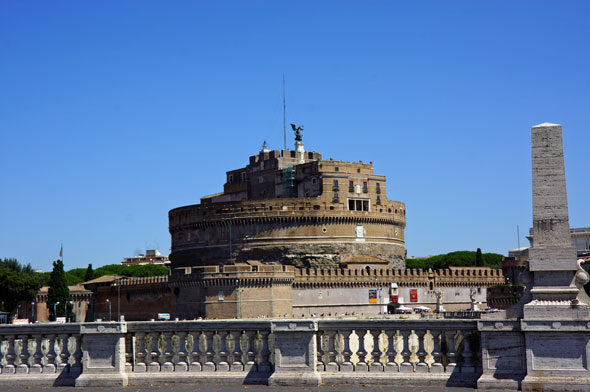 visited the Vatican on a previous trip to Rome.)

Finally, several hours later (we stop often to check the map and take photos), we finally reached Pizzarium (Via della Meloria, 43)! Yes, we know it is at the end of a subway line, but that certainly would not have been as fun... nor would it allow us to each have two nice fat chunks of pizza al taglio. 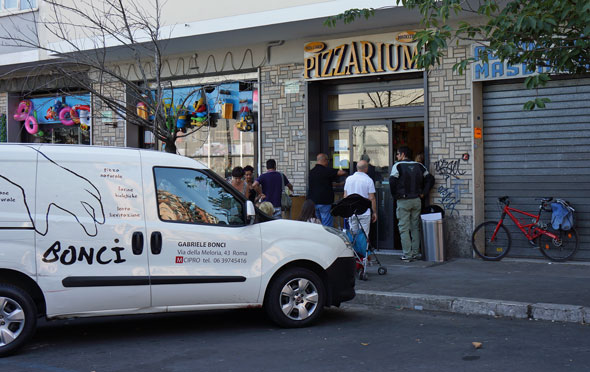 Pizzarium is a hole-in-the-wall. No seating at all. It is take-out or take-out to eat on the lone bench outside. The place was packed, with a line down the block. Operated by famed baker, Gabriele Bonci, Pizzarium only vends pizza al taglio - large sheets of pizza cut into chunks and sold by weight. I can best describe Bonci's version as light focaccia-type bread loaded with savory toppings. Today he offered margherita (tomato & basil), potato with cheese, cheese, roasted pepper, fig & cheese, greens of several sorts, plus more - about ten varieties in all. I did not notice meat on any pizza, so cannot tell you if this is a vegetarian place or if the pizzas today just did not include meat. 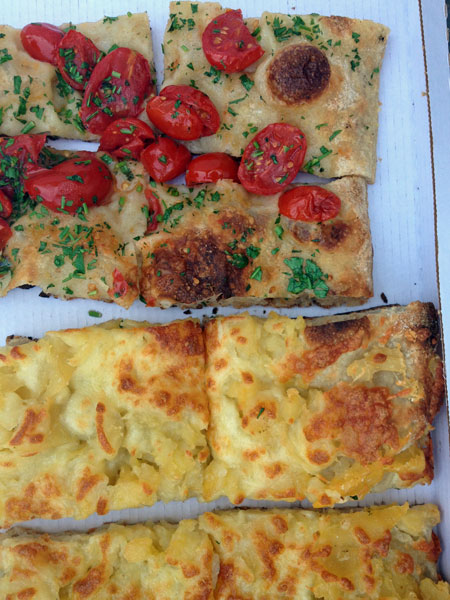 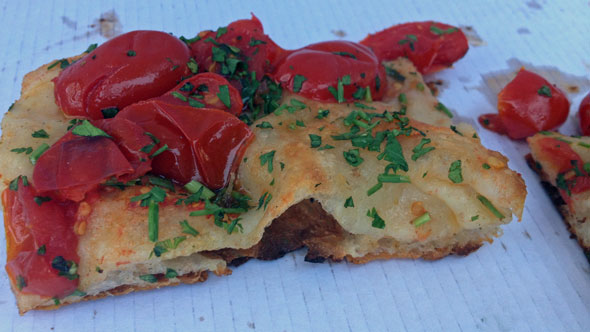 Eating on my lap, using my tote as a table, did not allow for anything but iPhone photos, but I think you can get the general idea that this pizza was over-the-top and well worth a six mile walk.

But we're not crazy. We rode the subway back to our hotel!

Our touristing is working well with the events from the World Championships in Moscow. We watch the morning session, head out to explore and return to our hotel room in time to catch the afternoon session. When the events are over (8p here), the restaurants in Rome are just opening. If we choose, we can catch the replay just before bedtime. Perfect.

The restaurant we wanted to try tonight is closed all week for summer holiday. August is really a very bad month to visit Italy - so many restaurants shut-down for weeks or the entire month of August. We ended-up walking a few blocks from our hotel to a pretty little restaurant where (unfortunately) every single patron was foreign. Though our meals were delicious, I will not name nor recommend this joint as it was just too expensive for the service/food. 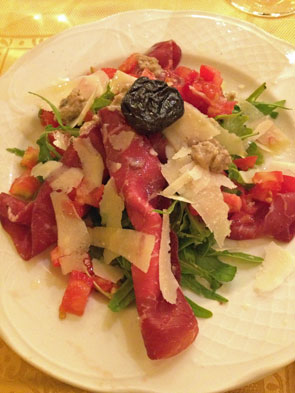 Until my next update, I remain, your blister-free correspondent.