Indio, California: We returned from another wild weekend in Los Angeles yesterday afternoon. After too much fun and too much food, we stopped at an In-N-Out Burger on our 2-hour drive between Los Angeles and Indio. 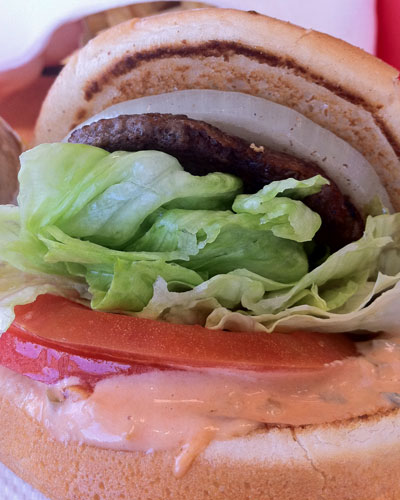 One sad note today. Pulitzer Prize winning photographer, Brian Lanker, died yesterday at his home in Eugene, Oregon. While DT was a runner at the University of Oregon, Lanker was at every track meet, photographing the races. At this time (early 1970s), the international running world was abuzz with Steve Prefontaine - the fabulous runner from Oregon. Lankers photos of Prefontaine propelled him into the spotlight and he became a world-famous photographer of athletes, Sports Illustrated swim suit models, African-American women and political figures. Today, Sports Illustrated paid tribute to Brian Lanker. 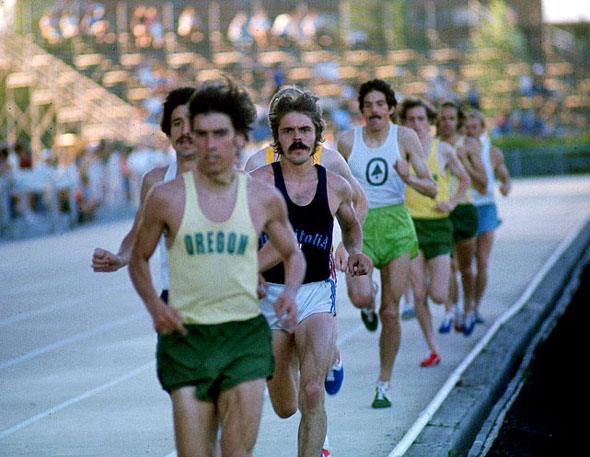 Our own DT is the runner in 6th place/bright yellow singlet in photo #24. This was Pre's last race. 29 May 1975. Steve Prefontaine was killed in a solo car crash a few hours after winning this race. Frank Shorter was second, DT finished third.

Tonight I prepared a meal that would cost $32 at a restaurant. I boiled one cup of black (beluga) lentils this morning and tossed the cooked/drained/hot lentils with a dressing made with 1 Tablespoon lemon juice, 2 Tablespoons extra virgin olive oil, one clove minced garlic and a little salt and pepper. The lentils marinated all day in the fridge. About 30 minutes before serving, I brought the salad out of the refrigerator to warm up a bit, and then tossed in four diced roma tomatoes and a large handful of minced fresh basil leaves. 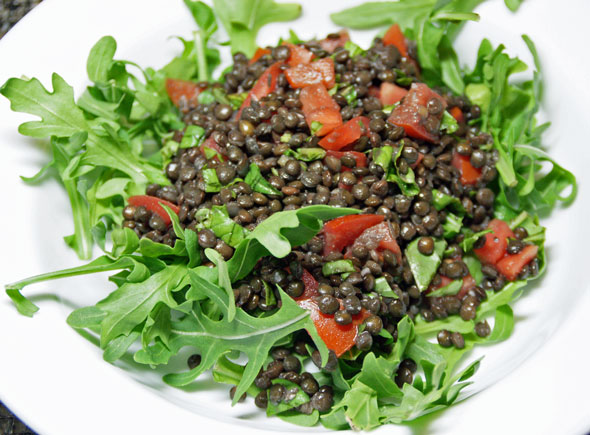 Until my next update, I remain, your sentimental correspondent.