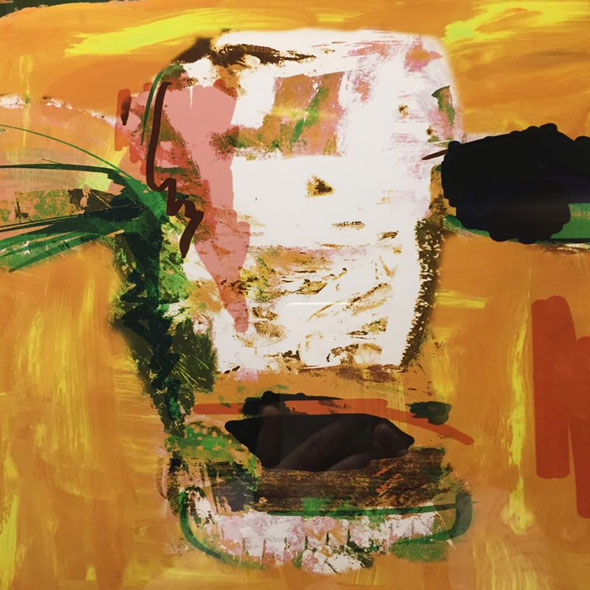 Dallas, Texas: Another cold day in Dallas. So says my phone. I'm not going out there.

Our day started with a brunch hosted by the University of Oregon in a ballroom of the hotel. 900 donors were herded through a buffet line piled with delicious foods and then seated at round tables. During our meal we listened to speakers explain new scholarship programs at the University, and the new capital campaign - an ambitious two-billion-dollar goal - was discussed. We were also able to see several promotional videos and preview the commercial which will air during the football game tomorrow on ESPN. The program ended with a mini-concert by a few members of the marching band, the cheerleaders danced on stage and The Duck showed-up to dance with a few fans. 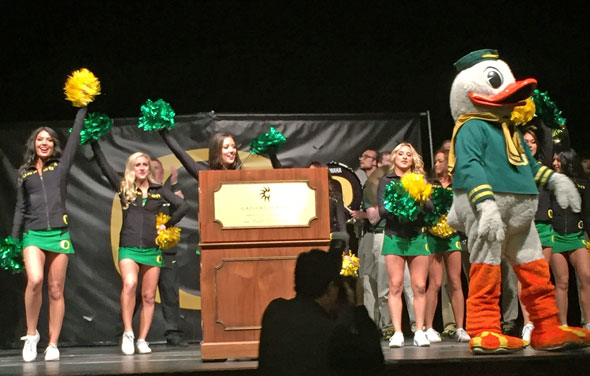 Bottom right? The carpet in the Texan Ballroom at the Gaylord Texan.

After the brunch, The Duck saw Mary and I in the lobby and demanded a photo: 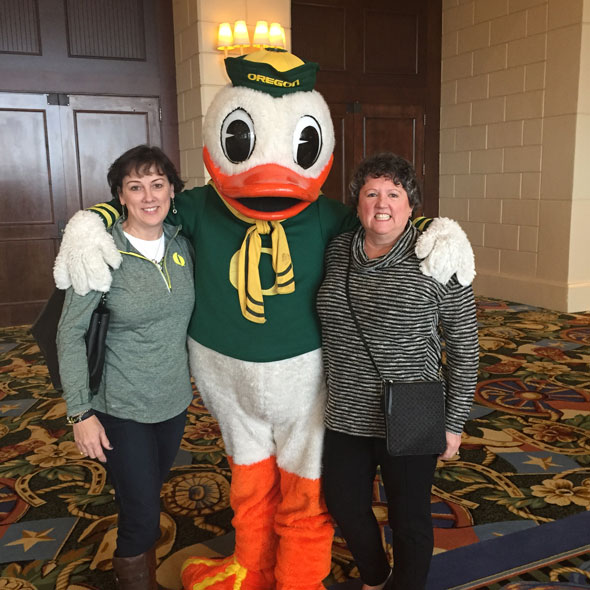 Who can say "no" to The Duck? Too bad Leo was not here this morning. He would have loved the music, the cheerleaders and The Duck. The evening entertainment was a cocktail party hosted by the University of Oregon. We enjoyed - hello - cocktails, and another appearance from the band and the cheerleaders. 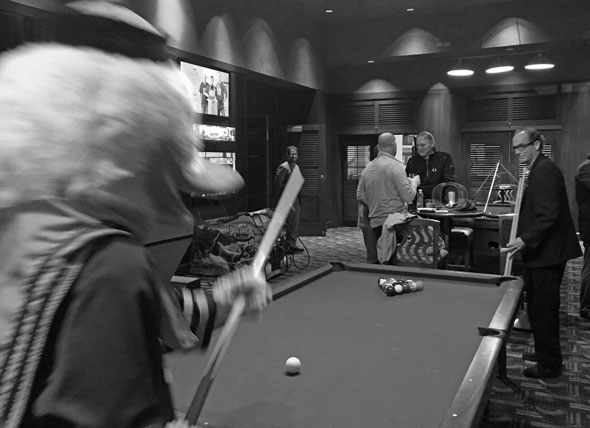 Also, The Duck challenged My Driver to a game of billiards. Down by the stadium, Mary, Kathy, Steve & Woody visited the Fan Fest and had their photo snapped in front of a display of the oh-so-controversial (as usual) Oregon uniform. 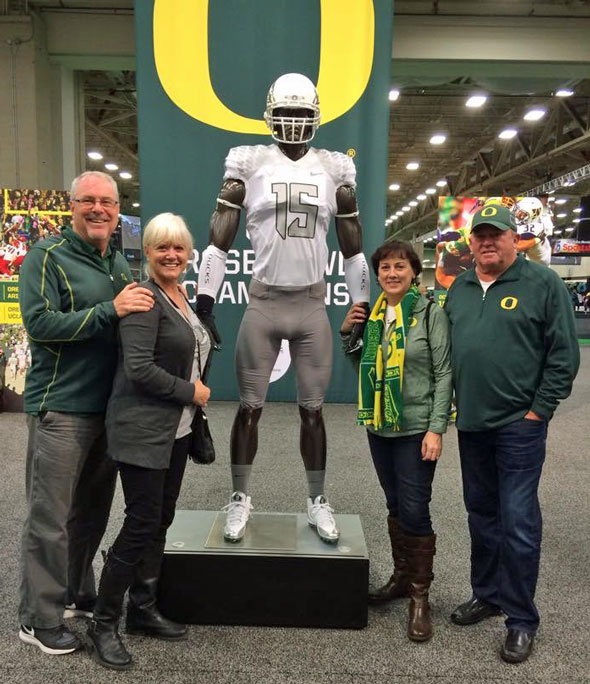 Dave's college roommate, Red, arrived to Dallas this evening for the game and joined us for dinner.

And guess who we ran into after dinner? Our housesitter and his posse, posing with past-Duck football/track star LaMichael James. 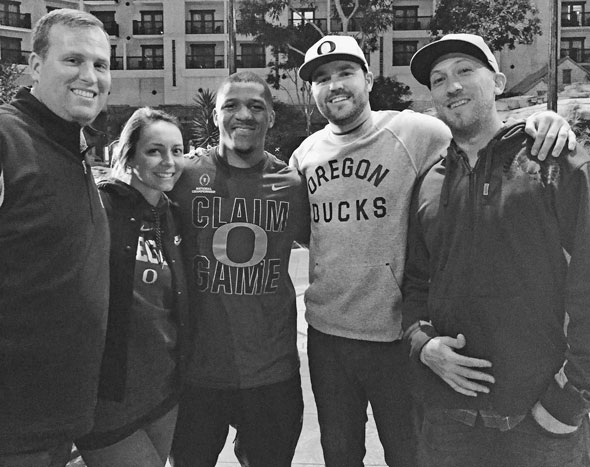 Our housesitter, with Jaime, LaMichael James, Jake and Alex. In my next life, I want to come back as our housesitter. Wait. Did I say that already? 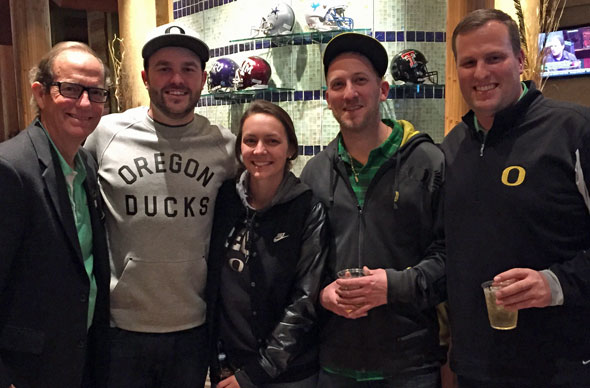 My Driver with Jake, Jaime, Alex and Our Housesitter 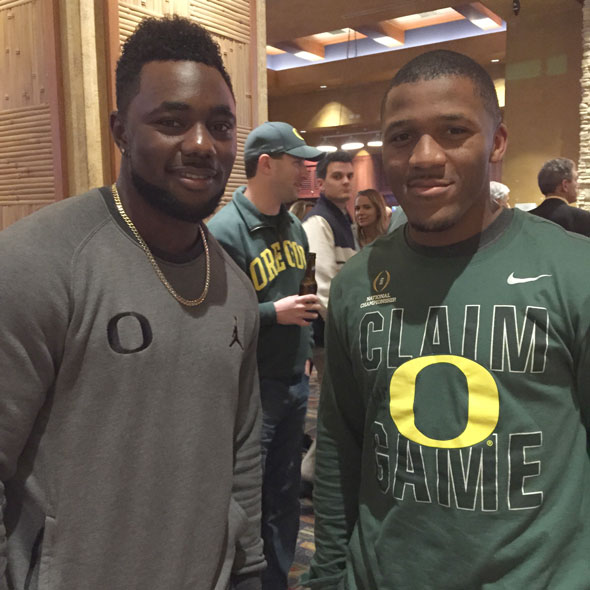 As we headed up to our room, the University was handing out NFL-stadium-approved clear plastic tote bags. 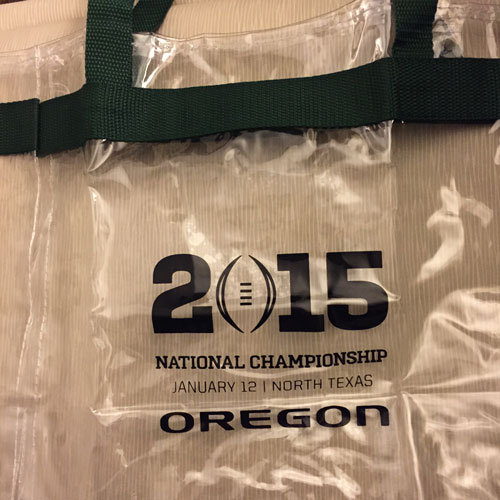 Until my next update, I remain, your anxious correspondent.