Indio, California: We are back in Indio after a crazy three days with The Lovely Lisa in Los Angeles. It was great to see our friends and family outside our usual spaces and great to spend time with friends we don't get to see very often at all. The Ducks lost. That was the only bummer. A big bummer. It really set the tone for the past two days, but I still proudly wore my UO lapel pin all over Los Angeles. 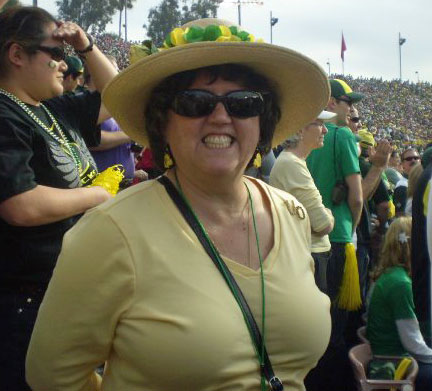 This photo must have been taken early in the game, as I am still smiling. Here is a photo of Julie with Dr. McSteamy (Eric Dane) and his wife, Rebecca Gayheart. Dane is an actor on Grey's Anatomy. (If you know Julie like I know Julie... I think the Dane's were probably posing with her, not vice-versa. And if you know Julie like I know Julie... if the Dane's had been wearing Ohio State hats, she would have never, ever, ever posed with them and most likely would never, ever, ever watch Grey's Anatomy again.) 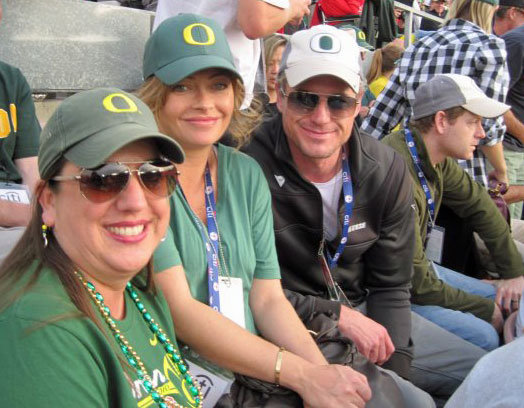 Julie, Rebecca Gayheart and Eric Dane (photo by Lynn B)

Though difficult to see in the above photo, Rebecca Gayheart is due to have a baby in just a few weeks.

And I also need to tell you about the Mystery of the Roses. On Thursday, a florist delivered a dozen roses to Lisa's house. The flowers were addressed to all three of us, with a very nice message wishing us a great time in Los Angeles, a Happy New Year and a Rose Bowl victory. The card was not signed. The florist would not tell us who sent the flowers. We asked the usual suspects. No one took credit for sending the roses. 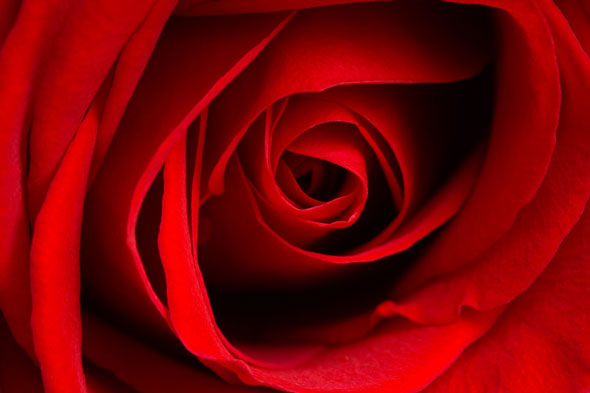 Dustin asking if we had received the flowers! He probably thinks we are the most ungrateful friends in the world - not even acknowledging his kind gesture. He laughed when I told him the card was not signed and we had been going crazy trying to figure out who sent the roses. Dustin was in Israel, so was the last person I thought would be thinking of us. I should have known better. Mystery solved!

Before starting our drive back to Indio, we-three walked to The Alcove Cafe & Bakeryfor brunch. Set in an old brick building, The Alcove is a favorite hangout for all the hipsters in Hollywood and Los Feliz. 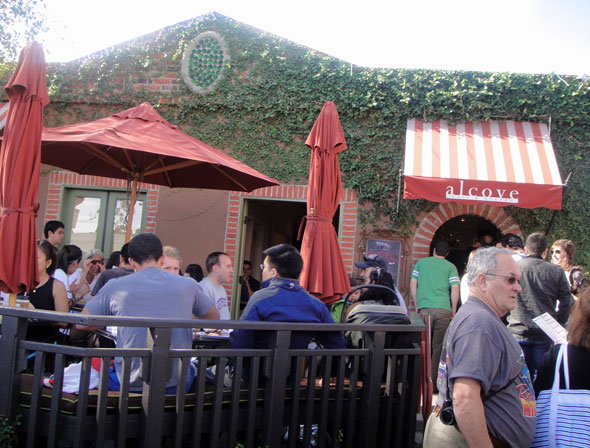 The Alcove in Los Feliz

The Alcove is always packed because they serve delicious, high-quality foods. Guests are forced to line-up in front of the very tempting bakery cases before placing their orders. 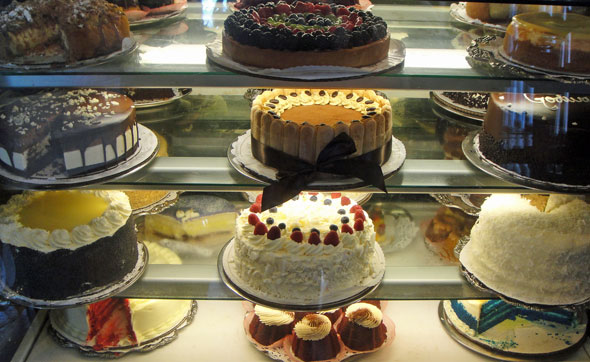 Especially when a pastry chef is clever enough to invent some sort of depraved Red Velvet Whoopie Pie concoction. Either a genius or a devil. Not sure.

I was good. I was too good. I ordered a grilled chicken breast with scrambled egg whites, fruit and 7-grain toast. Coffee. No dessert. And we walked to and from the restaurant! 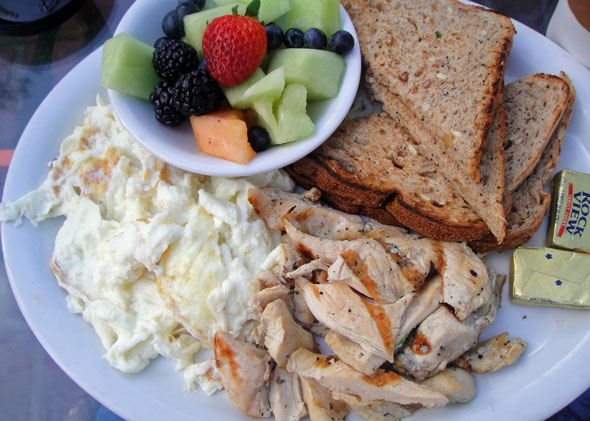 I am such a martyr. 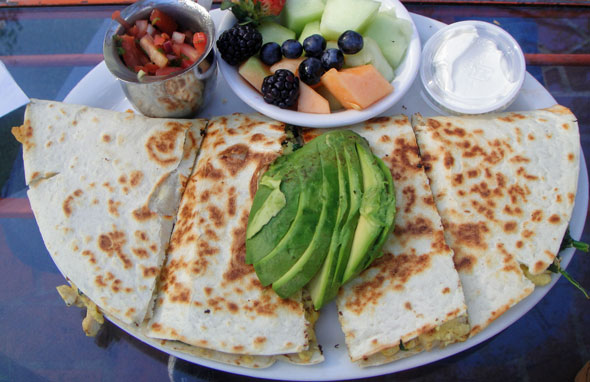 We made fabulous time on our drive back to the Magna Peregrinus in Indio. Taking full advantage of the car pool lanes, we sailed past the congestion and were unloading the car in just over two hours. Everything is again stowed in the bays, neat and tidy and ready for the next football game September 4th.