The Coachella Music Festival is over. 75,000 people attended the festival at the nearby polo grounds EACH DAY for three days! Now you may understand why the traffic has been so horrible around here?

We finally left the RV resort this morning to return Reese to The Lovely Lisa. This was quite fun because we were able to tour the home she and eight friends had rented for the festival weekend. The girls had been telling us about the gorgeous house and we were anxious to check it out ourownselves. 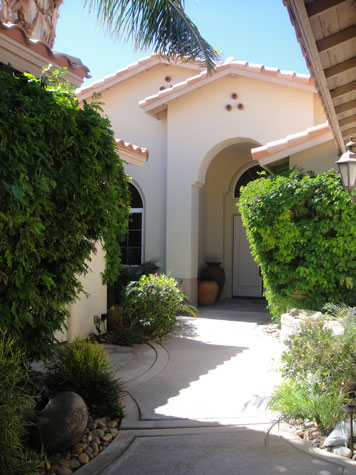 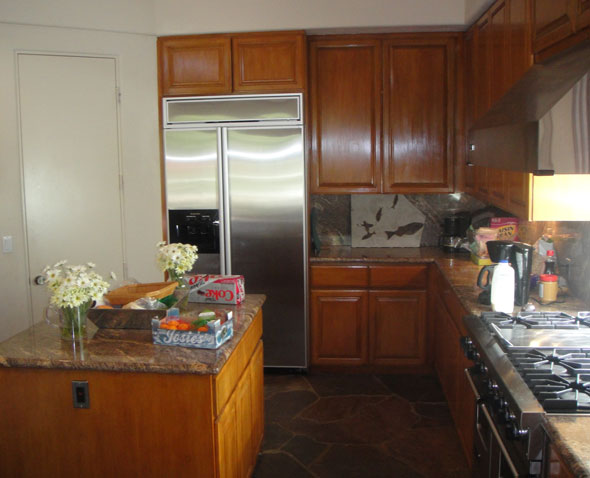 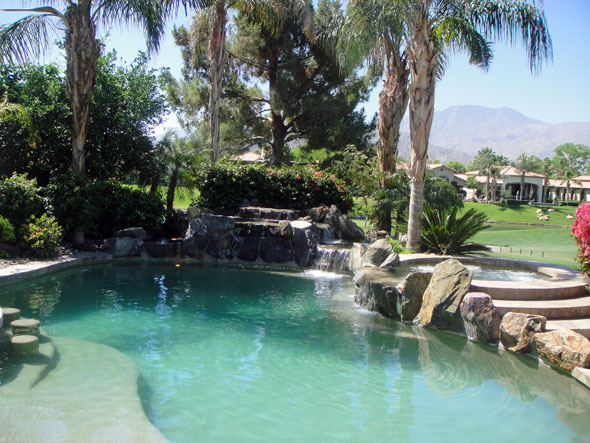 Next, we drove into Palm Desert to have lunch with my Dad at Sherman's Deli. Dad is leaving tomorrow - heading back to Yuma - and we won't see him for several weeks.

I only ran three miles this morning, so should not have even entered the doors to Sherman's Deli... but I needed a fix. The lunch special today was a Latke Reuben. How could I refuse? 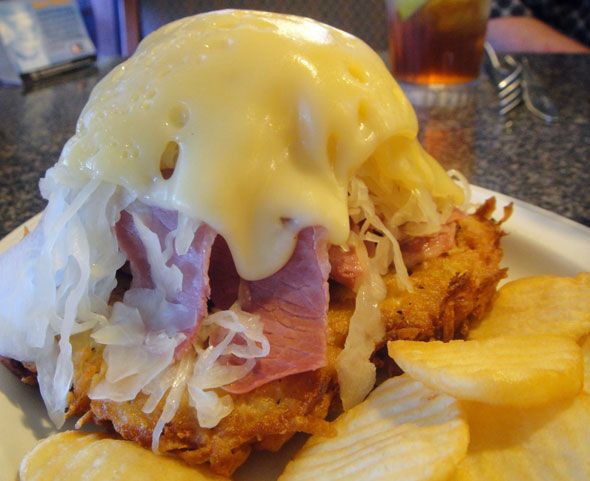 The Latke Reuben special, $12, was sliced corned beef or pastrami on a giant latke (potato pancake), covered with sauerkraut and topped with melted Swiss. Basically, an open-faced Reuben sandwich. Apparently, a potato pancake isn't quite enough potato, because the sandwich is served with waffle fries! I brought 2/3's of this beast home in a doggie bag. 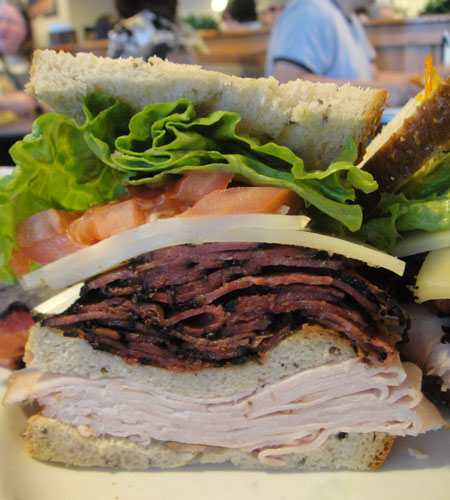 David ordered a pastrami & turkey sandwich with Swiss cheese on rye. His sandwich was served with their tasty potato salad. Sherman's meats are just the best quality. A large platter of pickles and sauerkraut is served to the table. Half of this sandwich came home with us in a doggie bag.

And, dang, we no longer have a dog! 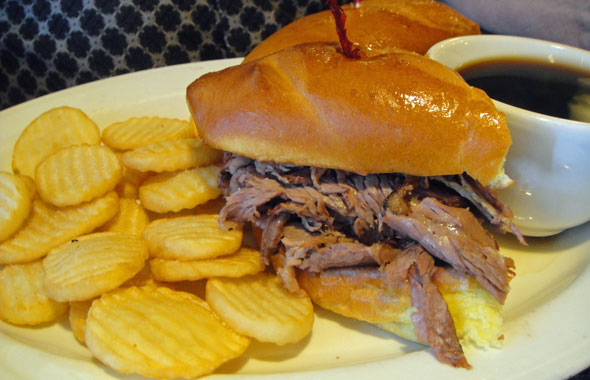 You may recall, our talented niece, Carla, is in a movie currently being filmed in Oregon. (See my post from February 10th). The film company has released a teaser for the film on Vimeo. Carla is the young girl appearing at 14 seconds (in the background) and at 22 seconds (falling onto a bed/pillow).

What does this video mean? I have no idea.

I am happy to report The Lovely Lisa and my Guest Columnist are now back in Los Angeles. We will see them again next weekend.

Debbie & Mark came by just after six o'clock to take us to dinner in Old Town La Quinta at one of our favorite spots - Stuft Pizza. Since this was Boston Marathon Monday, Dave retold his Boston Experience from 1980 during dinner. Gee, I wish you were all there for that tale-telling.

Congrats to Ryan & Meb for their great finishes today in Boston.

Until my next update, I remain, your stuft correspondent.