Put Away the Flip-Flops

Canyonville, Oregon:  Dang if we didn't wake to wind and rain. Cold. 49 degrees. Mother Nature can really be a witch. With a "B". I had to dig deep into the drawer holding my exercise gear to find a long-sleeved top. Two, in fact. The rain wasn't too bad, but I hate running in the wind. Those taters from last night were trying to permanently attach themselves to my backside, so run I did.

It was so chilly this morning, I actually flipped on the radiant floor heat in the bathroom so we wouldn't freeze after showering. Then I decided to use a blow dryer on my hair and actually found one in a drawer. Surprised it still worked. Thing must be twenty years old and I can't recall the last time it has been used or why it is even in the RV. The result was a fluffy head of curls. I appear more like my grandmother with each passing day.

Worst thing about my morning? I had to don long pants and shoes! Shoes! Time to put away the flip flops. 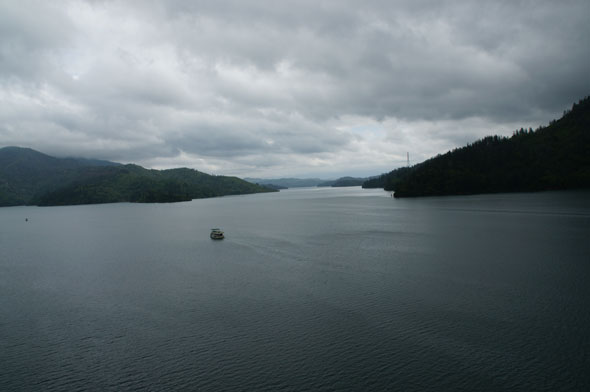 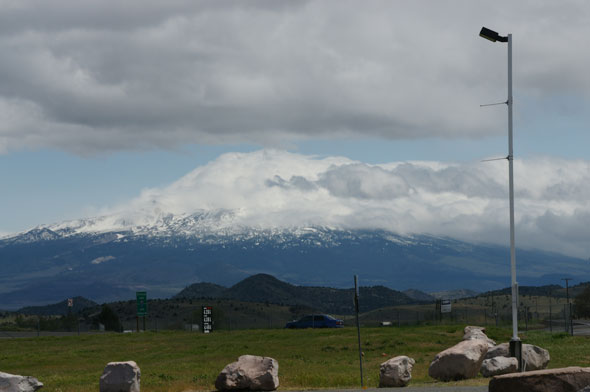 Cloud-covered Mt. Shasta from the parking lot of The Liquor Expo

We drove through wind and rain all morning, and stopped for lunch about 25 miles south of the Oregon border in the parking lot of The Liquor Expo - a massive booze warehouse with the sole purpose of selling cheap booze to Oregonians. We have been here before. They offer great prices (versus Oregon liquor store prices) and an unreal selection. But didn't we just stock up at Costco in La Quinta? Yes. But I was now looking for that organic Rain Cucumber-Lime vodka and that interesting ginger liquor so I could reproduce the "Casual Encounter" I enjoyed at Morimoto on Tuesday. Wouldn't you know it - The Liquor Barn had both! Lucky! We ate sandwiches in their parking area and then continued north to the state of my birth. 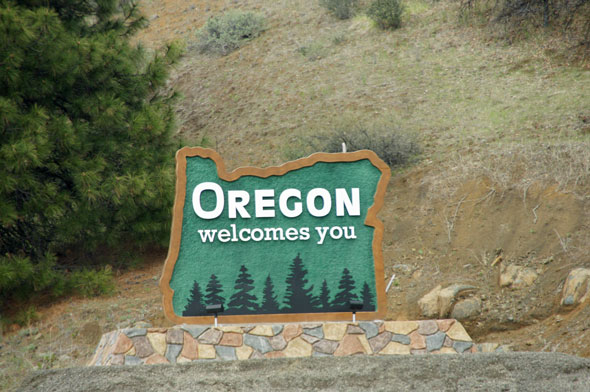 After we set up camp, I attempted to reproduce the cocktail from Morimoto. Though I only had an English (not Persian!) cucumber, I think I pretty-much nailed the concoction on my first try: 2 oz. Organic Rain Cucumber-Lime Vodka, ½ ounce Domaine de Canton Ginger Liquor and ½ ounce fresh lemon juice. Shake over ice in a martini shaker, let rest a few minutes, then strain into a frozen martini glass. Cucumber slice garnish. It was wonderful, but this cocktail seems to need a sunny day and apparently (according to my cousin, Rachel) Oregon summer begins annually on July 5th (the day after Independence Day). 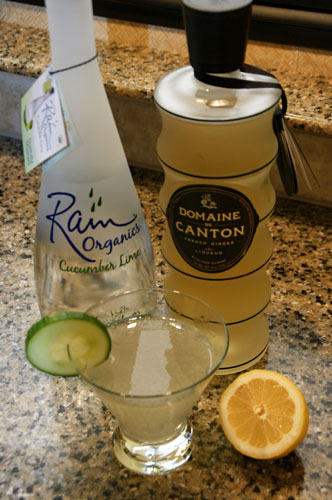 Cutest Baby Ever Until my next update, I remain, your Oregon correspondent. CASITA 322 UPDATE: Arnold has sent additional photos. We have cement!

SLOGGER REPORT:  I ran in the wind and rain for 40 minutes. Not sure how far I ran as at times, I was running-in-place in the high winds. It was miserable.