On Our Way to Victoria

Victoria, BC, Canada: We had foggy, cold, rainy weather all through the Inside Passage Friday, and as we turned to travel the west (open ocean side) of Vancouver Island, the seas grew rougher and rougher - much as they were when we cruised north on the same route last Saturday. 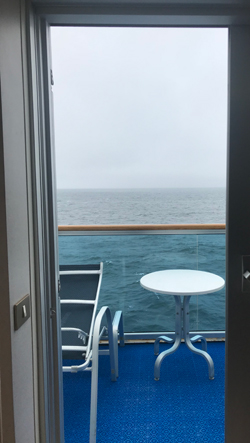 Not quite as pleasant as the past five days

We laughed when we saw this decoration on Lisa and Lenny's door this morning: 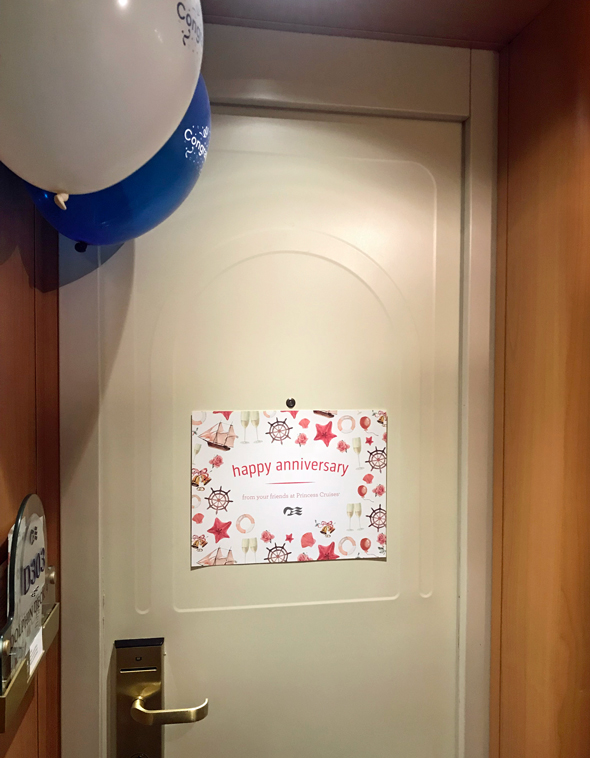 It is not difficult to keep the little one's (or anyone) busy on a sea day, as the ship has so many activities on a non-port day. Bingo. Classes. Trivia games. "Art" auctions. Music. Casino. Culinary classes. It was too choppy, windy, and cold for the pool today. All week the staff have held a singing contest amongst the passengers, similar to one of the television competitions, such as The Voice. (Don't ask me, I've never watched.) This afternoon, the three narrowed-down finalists performed in the Princess Theater and there wasn't an empty seat. Lucy and Leo really enjoyed the competition. The audience were given hand-held devices to vote real-time for their favorite singer. What a fun activity for a cruise boat filled with 2,500 voices.

We also enjoyed Frosty, the boat-wide lounge singer, as he performed in the atrium. 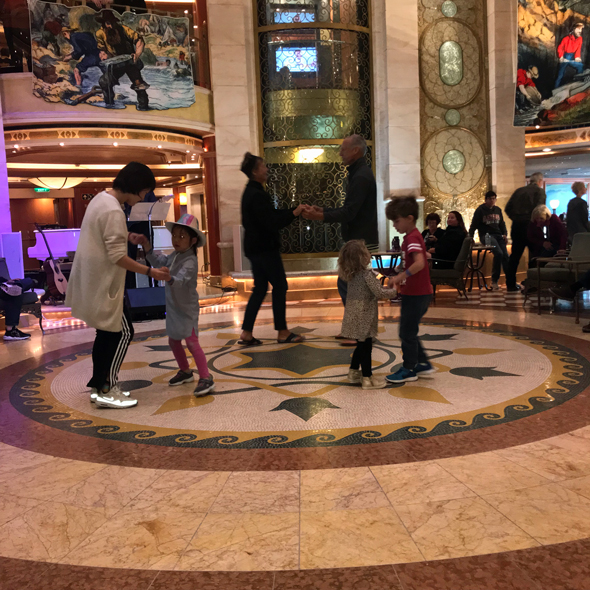 The first time we did this cruise (August 2003, on the Star Princess), the weather was awful... but you don't go to Alaska to see palm trees. You go to Alaska to see whales, glaciers, eagles, snow and other things you can't see on a cruise in the Caribbean. We really lucked out. 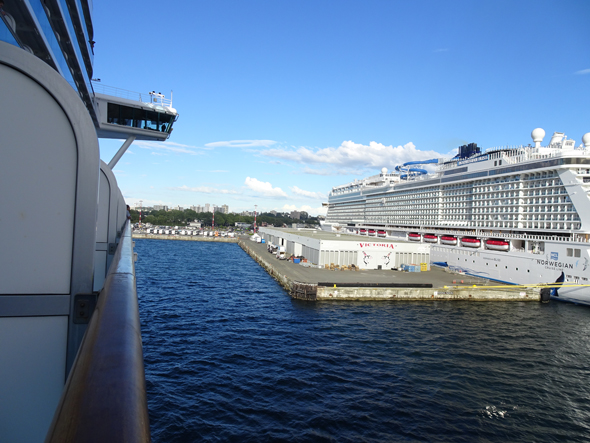 Norwegian Bliss. The Bliss has a water-park tube slide that hangs-out over the water, a laser tag emporium and some-sort of race track with mini-speed-racing cars. (When Leo saw this, we told him drivers needed to be 18 years old. We have no idea if this is true.) 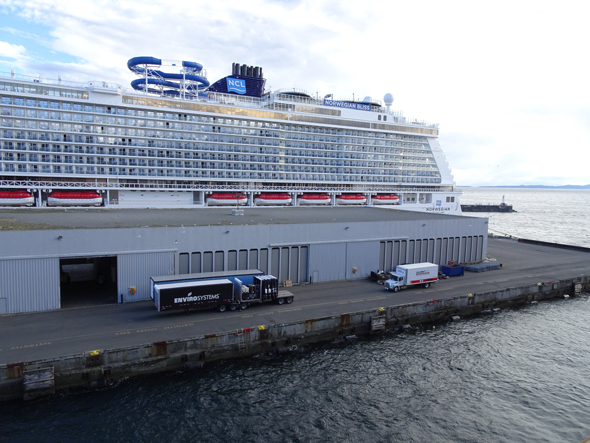 Water slide and race track on the Norwegian Bliss

As soon as the ship had cleared customs, Lisa and Lenny walked into town for dinner at Ten Acre Farm. The restaurant has a (guess what?) ten acre farm which grows nearly every vegetable served at the restaurant.

When the parents went to town, Dave and I took Leo and Lucy to a "fancy" dinner in the dining room. The Michelangelo dining room was like a ghost town. Due to the late arrival time for Victoria, the dining rooms had served dinner beginning at 4:30p, so anyone who was not dining in Victoria had already eaten and left the ship by the time we arrived. It was late for our little ones to eat (even though we had taken them to afternoon tea at 3p), but they love going to the dining room and being doted over and using all the cutlery and bread plates and fancy butters.

Before dinner was served, we had some art: 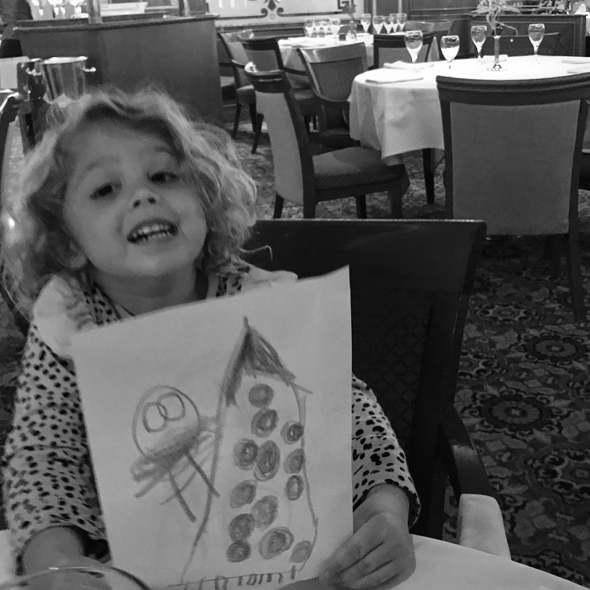 Lucy is going to be an astronaut (?), so drew a space ship.

With few diners, the rug rats received way too much attention from the always-uber-attentive waiters. Each child first received a bowl of cut watermelon as their appetizer. Leo wanted a shrimp cocktail for his dinner, but the waiter brought him the huge shrimp (from the surf-and-turf dinner option), grilled and butterflied. Our waiter removed the shrimp from the shell and cut the meat into bite-sized pieces for Leo. Leo ate it all (except for the few bites he shared with Lucy). Lucy wanted spaghetti pasta with butter and parmesan for dinner. Done. We are pretty-sure Lucy had this for dinner at least four nights while on the cruise. All those carbs is how this nearly-four-year-old maintains her 30 pound weight-class?

After dinner, we took the kids back to their cabin, gave them baths, put them in their jammies and put them to bed. By the time their parents returned from their fun evening in Victoria, Leo and Lucy were fast asleep.

NOTE: If you are wondering why Dave and I didn't go into Victoria... it is because we have been there many times before and, after docking at 7p, it would have been too late for the grandkids to venture into town. We were happy to volunteer to remain on ship with Leo and Lucy. Lisa has also been to Victoria previously, and it was Lenny's first visit.

Until my next update, I remain, your last-night correspondent.

Your May Also Like:
The Ruby Princess
Victoria visitor guide

« A Morning in Ketchikan We Are Home »