Indio, California:  Eight nights later, we have arrived to our Little Sliver of RV Paradise - our pie-shaped lot in the Motorcoach Country Club. Maybe you don't know, don't remember or don't care, but we bought a campsite in the resort to park our bus last April... and we haven't been back since. We really understand personal finance and investment well, don't we? All we did today was drive, drive and drive. 250 miles! It will be so nice to park in one place for more than two days at a time. I do have to tell one strange little tale that has nothing to do with RVing at all, but it is just a very odd coincidence, I want to share. The other day, after lunch at Lemongrass in Sacramento, we both noticed a young (college aged) guy running down the street. We both noticed for a few reasons. One, he was a real runner - and by this, I mean he was built like a runner and he was clicking at about six-minute pace. Also, he was not wearing a shirt and it was about 34°. He was wearing black nylon running shorts, black socks and trainers. I also noticed he was blessed with very good looks, Latino, dark, long hair. Nice. So what is so strange about seeing a dude running in Sacramento? Nothing, except I saw the exact same guy running yesterday in Merced! Seriously? Isn't that just the oddest thing? Dude was still without a shirt. Hope Santa brings this handsome harrier a shirt. Back to reality: 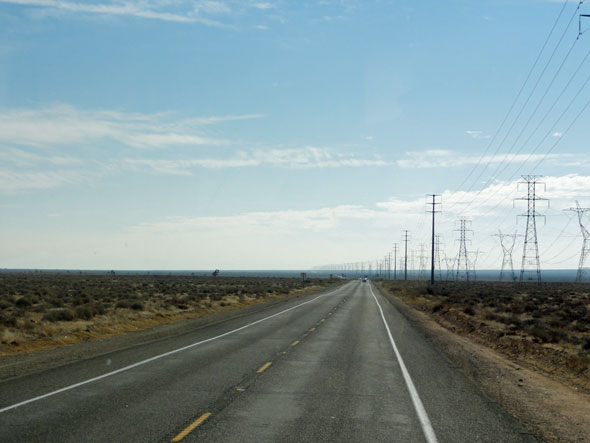 I will leave you this evening with a (cell phone from Lisa) photo of Little Leo, in a snuggly thing, shopping with his Mommy this afternoon.

Until my next update, I remain, your "Home Sweet Home" correspondent.