No Fooling… Moving is Difficult

Indio, California:  Today was Moving Day! The movers showed up early this morning. The kids were ready and before we knew it, everything they own was transported to the new manse. All we had to do was put it all where it now belonged. 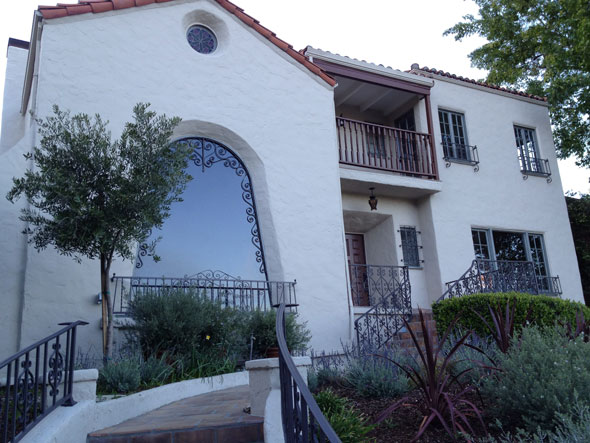 The wrought iron stair railing is original to the house. The arches! The tile work! The sconces! Several people have said the house reminds them of "Old Hollywood" and I agree. This home will be filled with so much love, laughter and celebrations - I can't wait! 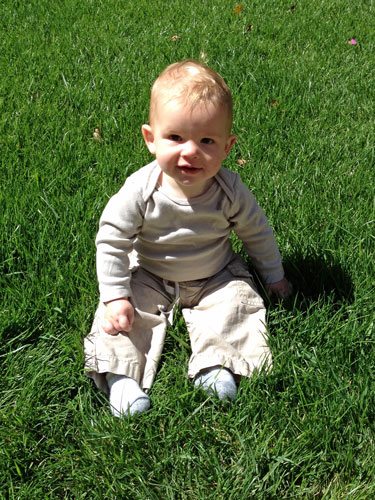 Though I helped unpack countless boxes, my main duty was minding Master Leo. Such a difficult chore. The weather was so lovely, we spent quite a bit of time outdoors in the garden. Leo likes to touch the grass! He squeals! He smiles.

Oh, wait. Leo always is squealing and smiling. Such a joyous boy - he only cries if he is tired or hungry. Leo is now very excited to play peek-a-boo and shrieks with excitement when I sing: along came a blackbird and snapped off her nose (and I pinch his nose). Genius. 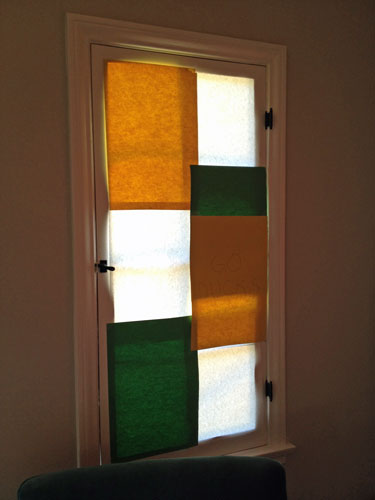 Since the drapes for Leo's room will not arrive for a bit, I was instructed to tape colored construction paper over the FOUR huge windows in the nursery. I wonder how one of the windows ended up with a yellow and green theme? Hmmmm... 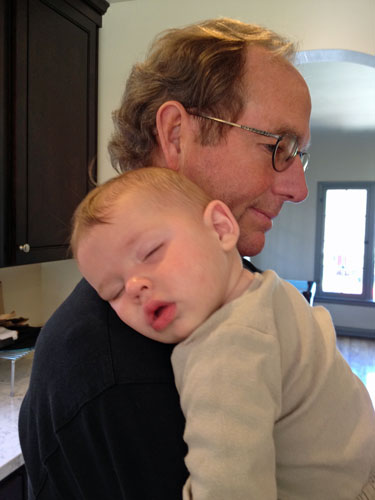 Leo fell asleep on DT's shoulder this afternoon. He napped for over an hour in his crib and the four of us took advantage of that nap to get many boxes emptied. 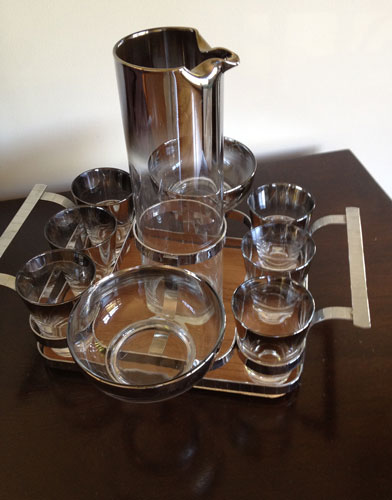 I unpacked this 60-year-old martini set. My parents received the martini set as a wedding gift and My Mom gave it to Lisa just before she passed away in 2010. There is also an accompanying chip & dip set in Lisa's possession - another wedding gift 60 years ago. I love that Lisa has - and loves - things that belonged to My Mother.

Our Grand Dawg, Reese, had spent the weekend in his daycare kennel. Dave drove downtown to fetch the mutt and Reese entered his new house with so much excitement. He found his bed. He found his food. He found his water. He checked-out his new back garden and watered a few trees. Reese raced up the stairs and sniffed-out each bedroom and then came back downstairs and rolled-over to his back and asked for tummy rubs.

As Jimmy Buffett would say: I have found me a home.

Just before dark, most everything that we could help with (I set up the wifi network!) was accomplished, so we made a hasty exit and let the kids enjoy their first evening in their new home - and their first new home together.

We are now back in beautiful warm Indio. Before I close, I want to share an egg designed by Lisa's college friend, Ryan: 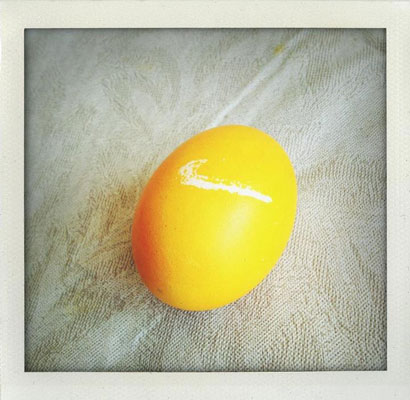 Ryan loves the NIKE Swoosh! Until my next update, I remain, your moved correspondent.