Track Town, USA: We woke to beautiful sunny skies greeting us for the first day of the competition. All the sun has brought pollen levels up to record-highs, causing allergies to be the next-most discussed subject of the day.

As we headed over to the track, our tech, Brian Van De Walker, of Coach Solutions (541.514.9000) came by. We gave Brian the keys to our motorhome, and his team started checking-off items on our maintenance list while we spent the day at the track meet. We had another hit to our wallet when Brian told us we needed new house batteries. Brian spends the winter in the Palm Springs area and summer at his home in Eugene. Isn't that just convenient for us?

We were at the track early to watch Duck decathletes, Dakatoh Keys and Mitch Modin compete. Both students are native Oregonians! 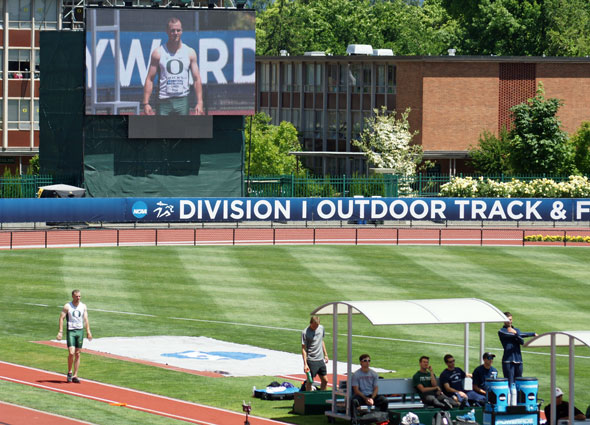 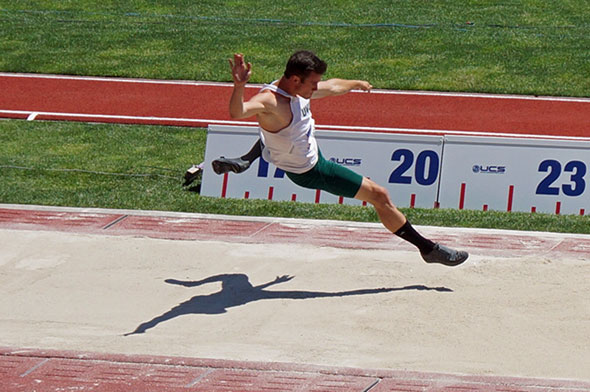 The positions long jumpers get themselves into...

After Day One of the competition (100m, long jump, shot put, high jump, 400m), Keys and Modin are in 7th and 8th place. Defending champion, Johannes Hock (University of Texas) is leading.

A massive sigh went through the crowds as the Oregon women dropped the baton during the 4x100 relay heats. Oops. Can't win if you can't play. Then things became very interesting while Duck long jumper, Jenna Prandini, had to leave the sandpit during the competition to race in the 100m heats. Not only did this amazing woman win her 100m heat to make the final race, she won the long jump! With Jillian Weir placing 6th in the hammer throw, the Duck women lead the competition after day one with 13 points. 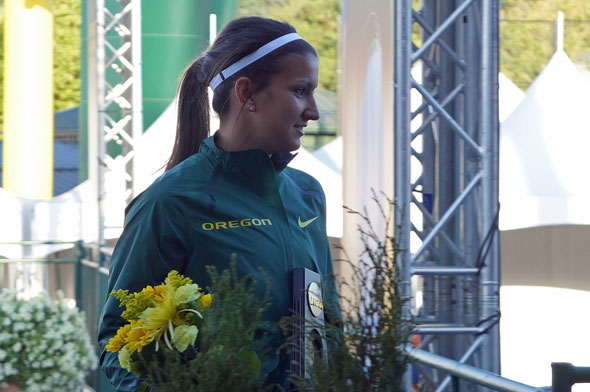 The big race of the day (for us) with the men's 10000m final. 25 brutal laps around the track. Oregon freshman, Edward Cheserek, won the national cross country championship this fall and is also indoor champion. There was much anticipation for this young man on the track and tonight was going to be the first time he had ever raced the 10000m at home. 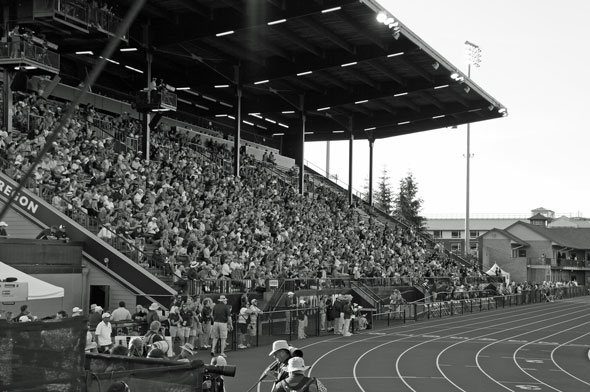 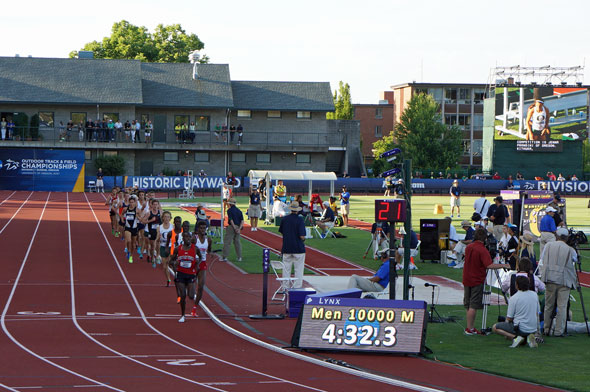 A pack broke away early in the race - Cheserek, Shadrack Kipchirchir (Oklahoma State), Mohammed Ahmed of Wisconsin and Kennedy Kithuka of Texas Tech. They reeled-off lap after lap, with Kithuka leading. With a few laps to go, Kithuka told Cheserek to go. Really. Kithuka knew he was going to lose, so he encouraged Our Duck to fly.

And he did. But in such an amazing finish, everyone was on their feet. Edward Cheserek took off at the final 200m like he was running a 200m. After running about six miles, this young Duck sprinted to the finish and is the 2014 NCAA champion! 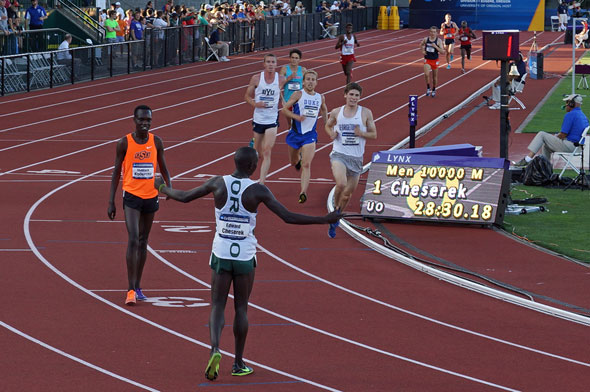 Our own Lame Duck, DT, was asked to present the trophies for the 10000m final: 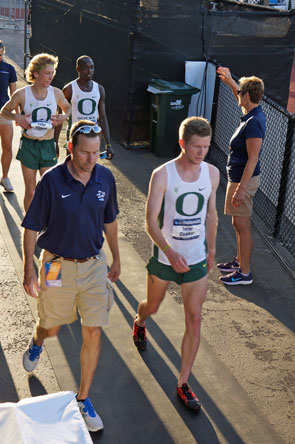