Indio, California: Mother Nature finally flipped the switch and we had temperatures into the low 100's this week. She also cranked-up the "gusty wind" switch. The Stagecoach Music Festival (think Coachella, except with cowboy boots instead of flip-flops, Jack Daniels instead of champagne, and beef jerky instead of vegan burgers) is happening over at the polo fields. We've seen quite a bit of cowboy hats, cowboy boots and bikinis - often combined on one girl. Over 30 RVs have rented at our resort this weekend and our restaurant and bar are enjoying the extra business. Several of the motorhomes are obvious tour buses for musicians... but there have been no Keith Urban or Garth Brooks sightings, so assume the singers are only using the Motorcoach Country Club for our 100 amp service and a safe place to park.

So, another weekend of hunkering-down inside our resort to avoid traffic chaos, enjoying ourselves, visiting with friends and saying goodbye to so many fellow campers. The season is winding down. Our restaurant closes on April 30th. 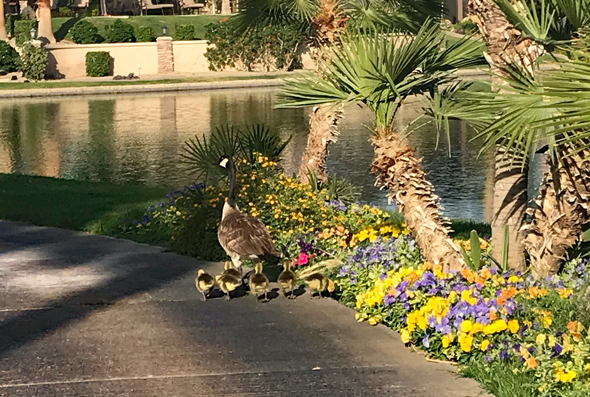 Speaking of birthdays, DT finished another Trip Around the Sun this week, so we celebrated with Marci and Jim at Dave's favorite French Bistro. 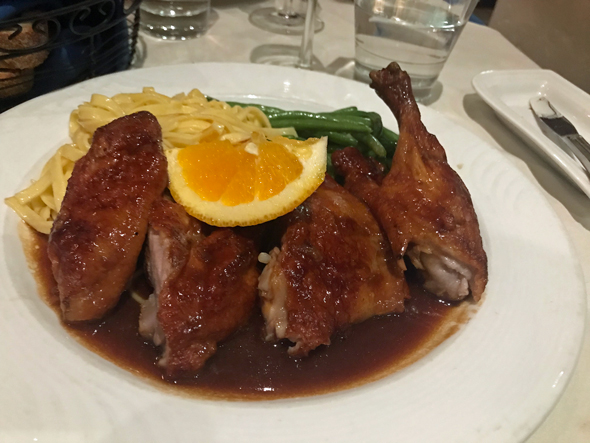 The University of Oregon alum went a little cannibalistic and dined on Duck a l'Orange. How ironic.

Until my next update, I remain, your hot and windy correspondent.