Merced, California: This is our third (car) trip since arriving to Indio on October 14th. So much going on! This weekend, Brother Billy and his wife, Ginger, celebrate birthdays. It’s a Big One for Ginger, so family and friends have gathered to join in the festivities.

Merced is about 400 miles north of Indio and we didn’t arrive Friday until it was dark (time change!). The drive is not very scenic, and view over the San Joaquin Valley from the Grapevine was horrific. With so many wildfires, the valley (which is usually choked with pollution – Bakersfield has the worst air quality in America) is saturated with smoke. So thick, the fruit and nut trees have a coat of dusty ash and no longer appear green, but a sickly grey.

We all met for dinner Friday night at a local Italian restaurant, but had an early night as Billy wanted to prepare several appetizers for the Saturday night cocktail party and Ginger had to be to DMV to renew her driving license (which was expiring!)

More food was enjoyed Saturday for lunch at J&R Tacos on Main Street Merced. After placing our order, we were asked if we would like chips and salsa for $1. Why not? 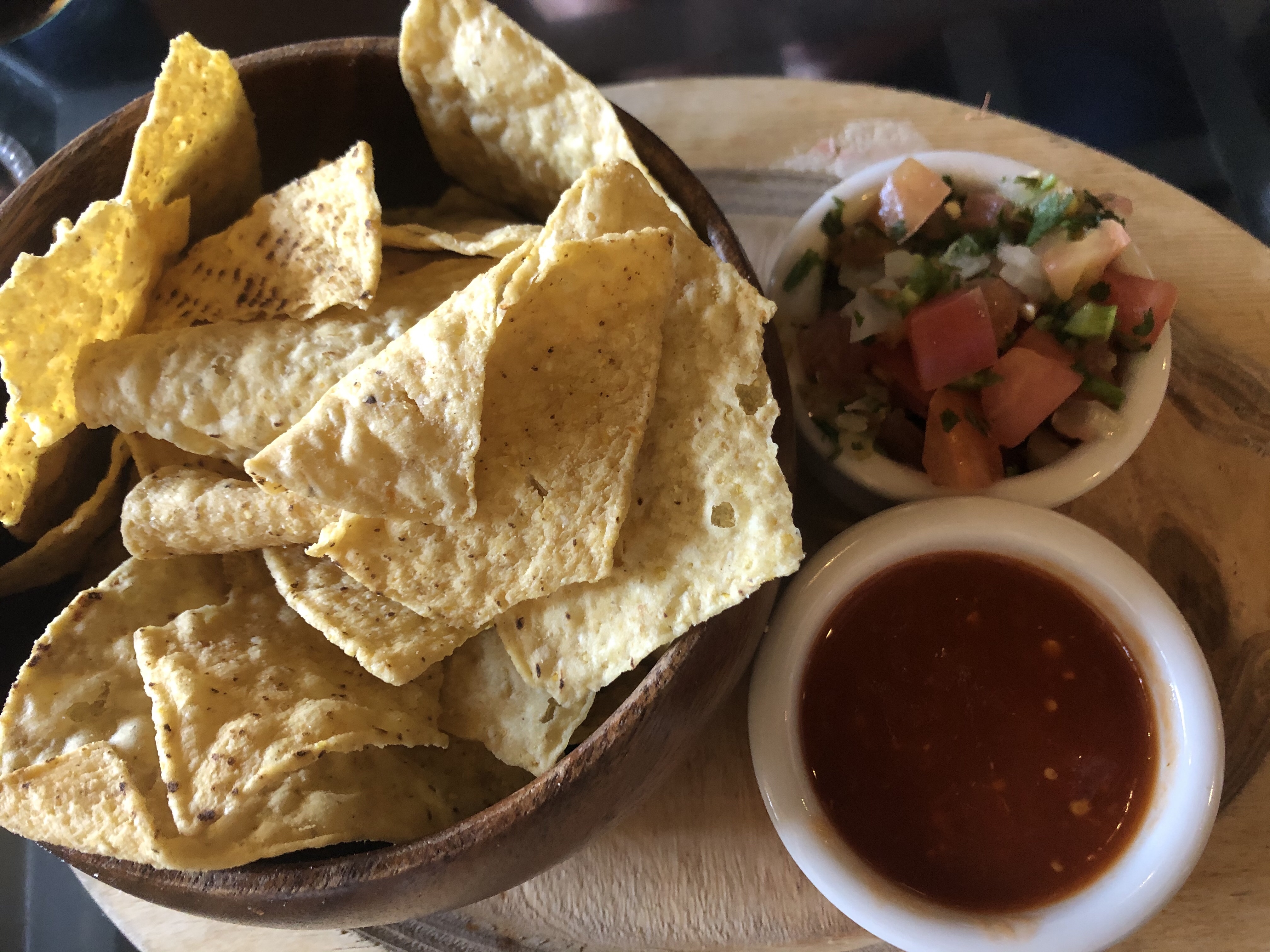 The chips were outstanding and the salsa was super hot. Good choice. Since I rarely see this option on a menu, I had the huarache. Yup, just like the shoe, as the bottom layer is shaped in a long oval like a huarache sole. The bottom layer was made with corn meal and tasted like a grits cake.

A layer of refried black beans came next, topped with carne asada, lettuce, cheese and crema. Really delicious, but I didn’t eat much of the “sole” of the huarache to save on carbs. 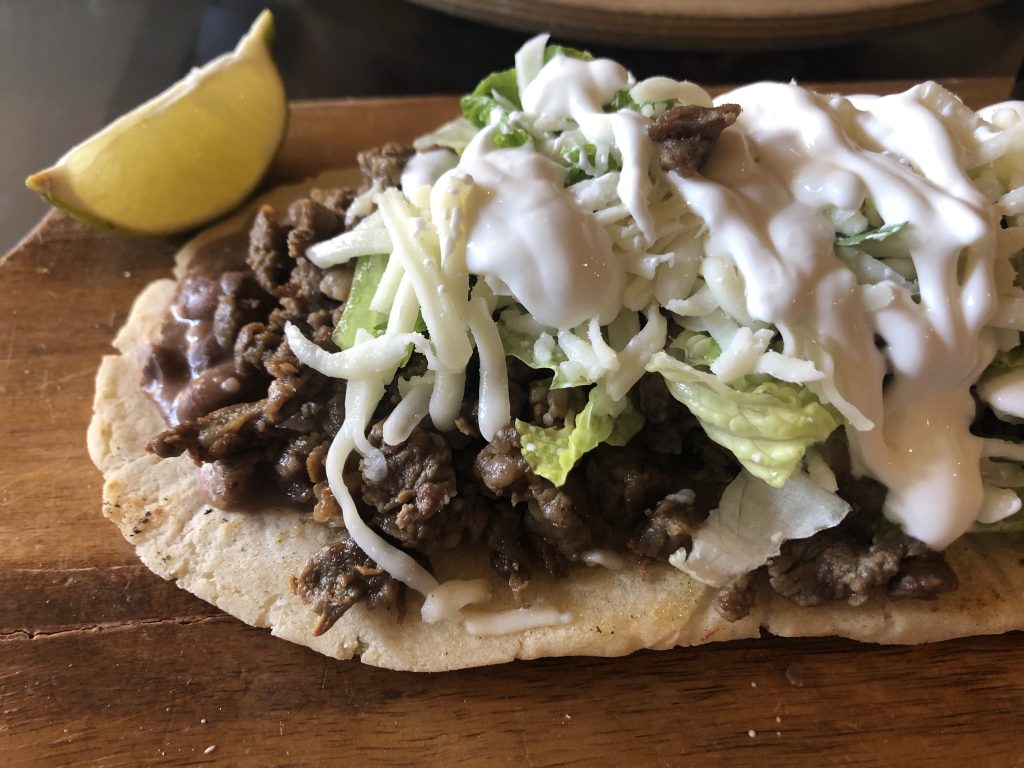 Dave had Huevos Rancheros. We went to a taco shop and didn’t eat tacos. What’s up with that?

The party was a blast, with a table laden with delectable goodies. So many friends and family arrived to celebrate Ginger’s special day:

And now it is Sunday and we are on our way to Los Angeles! Dave is driving and I am blogging on my iPad. Modern.

Until my next update, I remain, your gathering no moss correspondent.