TrackTown, USA: Dear Reader, we are magically back in Eugene. For eight years you have had to hear about Dave attending trustee meetings - both here in Eugene, and in Palm Springs in the spring. He has now served-out his eight-year commitment (whoosh, that went fast) and was honored this evening, along with five other retiring trustees, at a very special dinner. The reason the event was special (besides the wonderful trustees) was because it was held in the middle of Historic Hayward Field! Can you believe it? How wonderful - especially since two of the retiring trustees were once members of the University of Oregon track team. Coincidence? Dumb Luck? Planets Aligning? Bull Dozers posed?

Yes, the bleachers are already being torn down. The dinner tonight was the final event to be held in the "old" arena, under a tent. The weather held and it was a perfect evening. 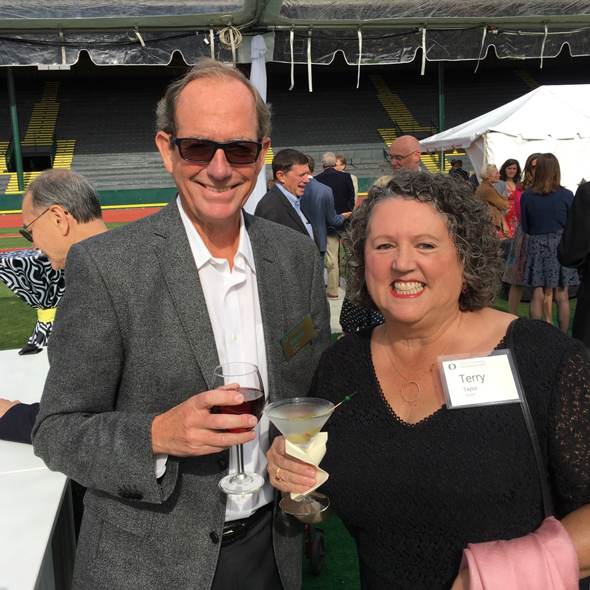 Let's admit that these tributes are somewhat of an eulogy for the living, but they covered his youth, his collegiate athletic career, his/our commitment to the University of Oregon Library, and his service as a trustee. They made My Driver sound like a very upstanding citizen! 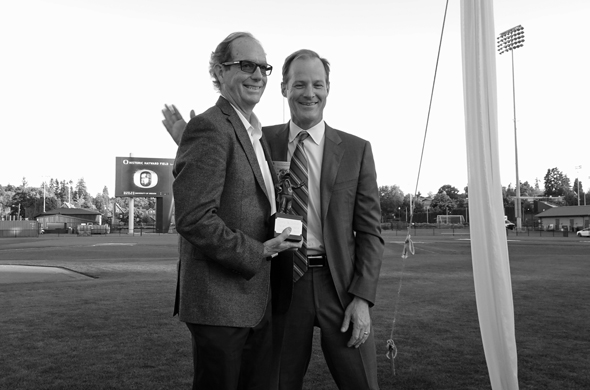