Scottsdale, Arizona: The Ducks won the Tostitos Fiesta Bowl game against Kansas State. In all the years I have been following the Ducks, this is the first time I have ever attended a bowl game they have won.

Oh... so this is how it feels. Pretty dang sweet.

We left Indio at nine o'clock this morning, in our green & yellow game-day apparel (lucky socks, lucky ring, lucky shoes, lucky earrings, lucky shirt... which is basically saying, I was wearing all the stuff I wear to every game... proving some days are luckier than others) and drove directly to the stadium. 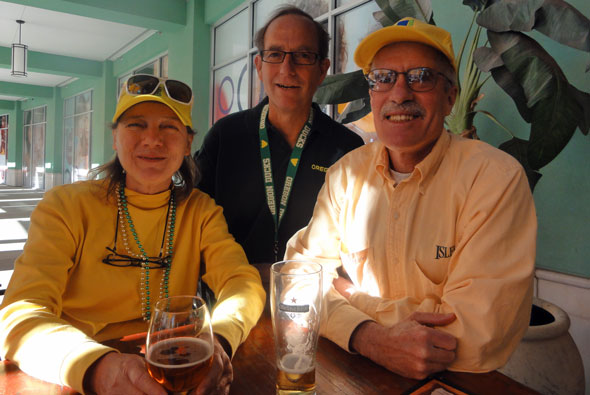 We had arranged to meet Jules and Gary for lunch at a Mexican cantina next to the stadium before the game. 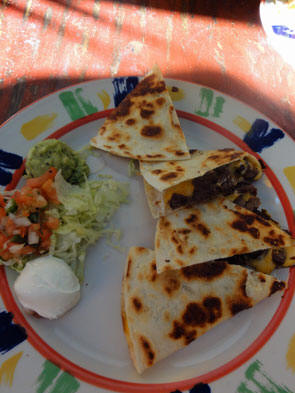 High calorie foods were ordered, along with plenty of high carbohydrate beverages. After fueling-up, we walked over to the stadium. 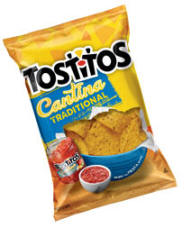 Fiesta Bowl sponsor, Tostitos, placed a gift bag containing a small bag of their new Cantina Style tortilla chips, along with a little cup of their new Cantina Roasted Garlic Salsaon every seat in the stadium. I can't thank Tostitos enough for sponsoring this bowl game and want you all to go out and try their chips... but I am telling you, these new Cantina style chips seemed like less-salty Doritos to me, and they are both made by Frito-Lay. Hmmm? But try them soon - and thank you, thank you, thank you, Frito-Lay.

The game started off with a HUGE play. De'Anthony Thomas ran the opening kick-off back for a touchdown. Hello, Kansas State! My favorite thing about this run? DAT is a sprinter on the track team and as he crossed into the end zone, he made a motion with his chest like he was breaking the tape at the finish line in a race. GO DUCKS!

As soon as Thomas made that motion with his chest in the end zone, DT's phone started blowing-up with text messages from his fellow track fans across the country. By the way, ESPN clocked DAT at just over 26 miles per hour! This girl can't wait for track season. 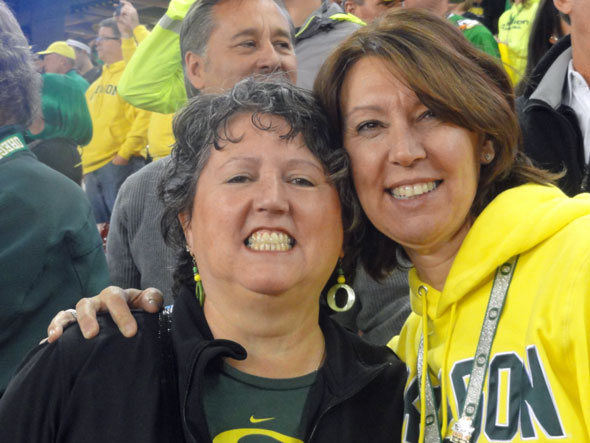 What a great game, and I mean that in so many ways. Yes, the Ducks won, but both teams played well and played without serious injury, controversy or cheap-shots. The K-State fans were so nice - and they outnumbered us 70% to 30%. (You will never hear a gloating comment to a losing team from this long-suffering bowl attendee.) 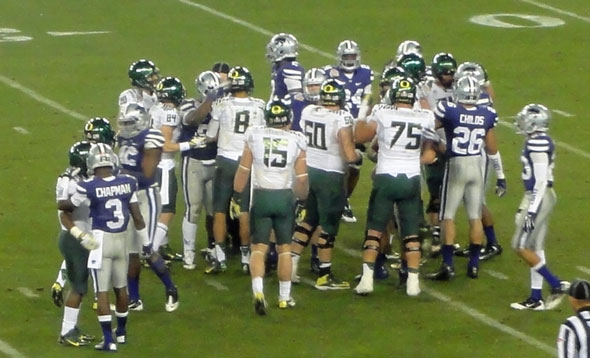 After the game, the players hugged their opponents 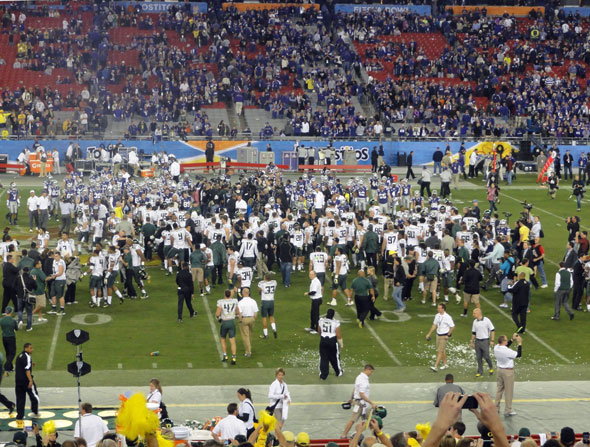 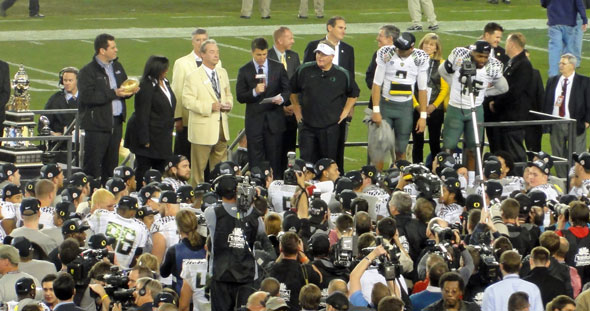 We stuck-around the stadium long-enough to watch the trophy presentation, then headed out to Scottsdale to check-into our hotel and have a very, very late dinner with our friends. Winning a bowl game is sure a lot better than losing a bowl game.

Until Until my next update, I remain, your Arizona correspondent.

« Out of Africa Meanwhile… Back at the Ranch »