Indio, California: Yes, Dear Reader, it is that time again. Coachella. The event is officially called the Coachella Valley Music and Arts Festival, but I don't know a hipster worth their weight in organic avocado toast who would ever actually call the festival anything other than just Coachella. The three-day event, held on the nearby polo fields, draws over 125,000 fans daily. And it's not just this weekend. Next weekend the exact same concert - with the exact same bands, playing at the exact same times, on the exact same stages - is repeated. As usual, I look at the line-up. This year is an all-time low for me. Only two singers were recognizable to me: Beyoncé and Eminem. (Even spell-checker knew to put an accent mark in Beyoncé and also recognized Eminem. My spelling program is hipper than me.) Recognize their names only. Looked at my iTunes: no Eminem and one Beyoncé song.

Let's face facts. I am not the target audience for Coachella (except for that time Paul McCartney sang). And sadly, country music isn't on my radar at all, so I am not going to the third music weekend held at the Polo Grounds after the two Coachella festivals: StageCoach.

We do hear a bit of music wafting from the polo grounds if the wind is right, and it can be a very nice three weeks at the Motorcoach Country Club. Motorcoaches are starting to depart for summers at home. The temperatures are rising. We leave the resort Monday-Thursday to restock, then hunker-down and relax. We have a full-service restaurant and bar. Three pools. Golf. Tennis. Bocce. Friends with boats. A new needlepoint canvas! Plenty to do.

But we always start the first day of the first weekend of Coachella by hosting Our Blonde Daughter, Angela (Lisa's great friend and Leo's godmother) for brunch. This year we were joined by our goddaughter, Natalie, (from Portland) who is attending Coachella for the first time. Each girl is staying in a rented houses with friends and are no doubt having a blast. Since Angela is from Athens, I always cook Greek food - and serve the same dang menu every year. 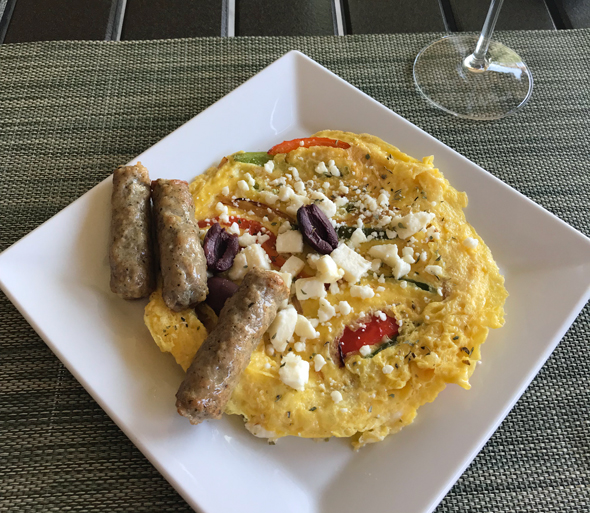 Corfu Omelets are the star of the brunch, this year served with chicken-sage sausages. Oh, and Veuve Clicquot, of course. 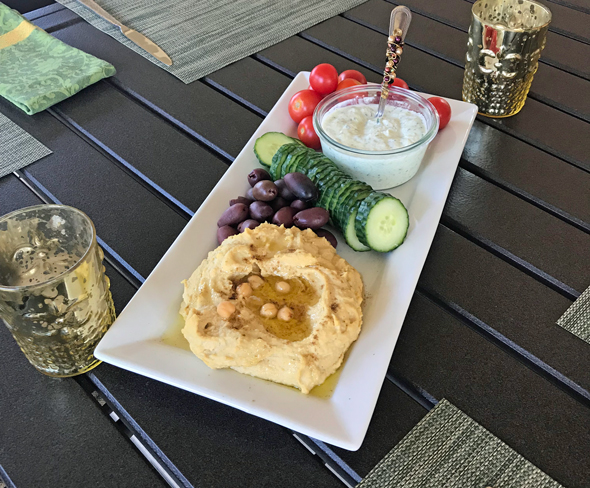 sooooo much...) giving newbie Natalie advice on the varied idiosyncrasies of attending such a powerful event. Dave and I are so blessed to have such wonderful young women in our lives. 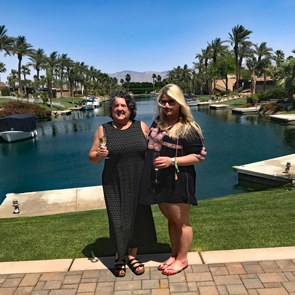 After brunch, we took photos of ourselves - in the wind! - and the girls caught different Ubers to different houses and that was that.

Until my next update, I remain, your not-hip-but-I-can-cook correspondent.

« One More Day Week in Review »