Indio, California:  Though our day was quite ordinary - working, running, errands - today was the national championship football game. Okay, our day wasn't really that ordinary, as it was 72 degrees and we had this view: 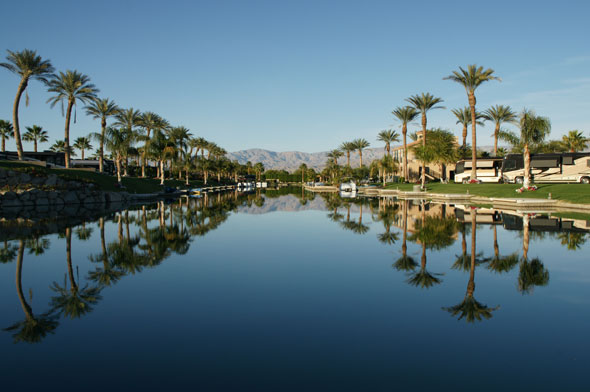 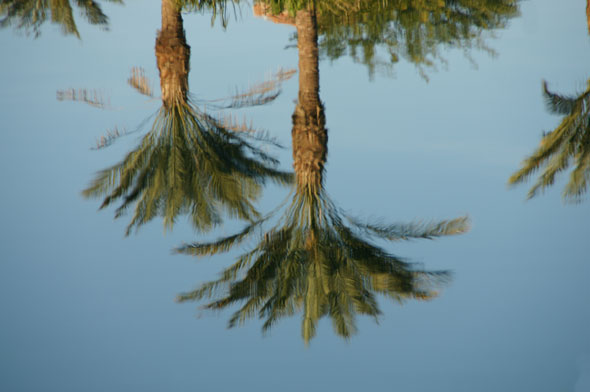 After our meat-laden lunch at Sherman's Deli yesterday, and no dinner at all last night, it was probably best we went vegan tonight. We had several tomatoes that needed to be used (or tossed), so I caramelized a few shallots with garlic, added the chopped tomatoes, a little fresh basil, white wine, dried chilies, salt and pepper to make a savory sauce for orecchiette (little ears) pasta. All organic - even the pasta.

About the game tonight. I was hoping the Crimson Tide would roll all over LSU. Apparently this was not the best outcome as it would make our pre-season loss to LSU even more worthless. But I have never met less-appealing fans as the LSU Tigers. Having complete strangers walk up to me at the Oregon v LSU game and yell TIGER BAIT TIGER BAIT in my face and having complete strangers toss pieces of bread at my feet (feeding the Ducks; classy, eh?) made me root for Alabama. Maybe this will make a few of my Dear Readers angry with me, but this is my blog and I write about my life experiences and I experienced nasty stuff from LSU fans in Dallas last September.

Also, I hope the BCS flushes itself down a toilet.

Until my next update, I remain, your opinionated correspondent.