When Your Brother is Spiderman

Los Angeles, California:  Bet y'all didn't know Spiderman had a sister! Well, he does. We saw him with his sister at a playground in Los Angeles this morning. 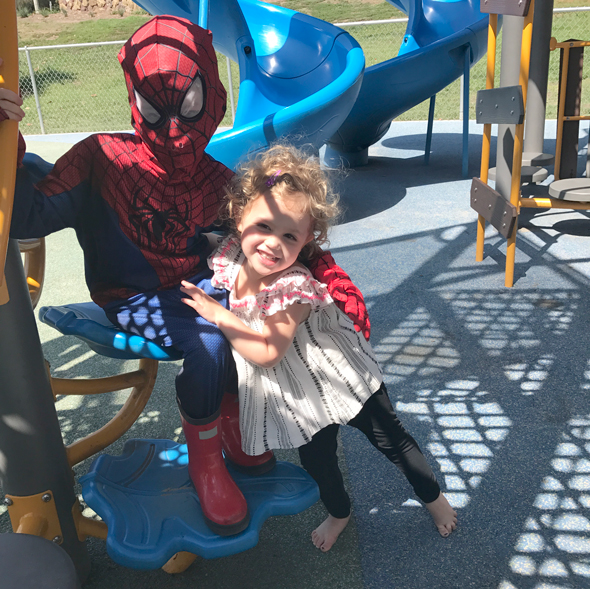 Though he had to help a few children in distress on the play structure, Spiderman was very attentive to his little sister.

(It was 90 degrees. How hot do you think Leo was in that costume? No matter. He received the costume from his godmother, Angela, yesterday and basically hasn't taken it off since.) 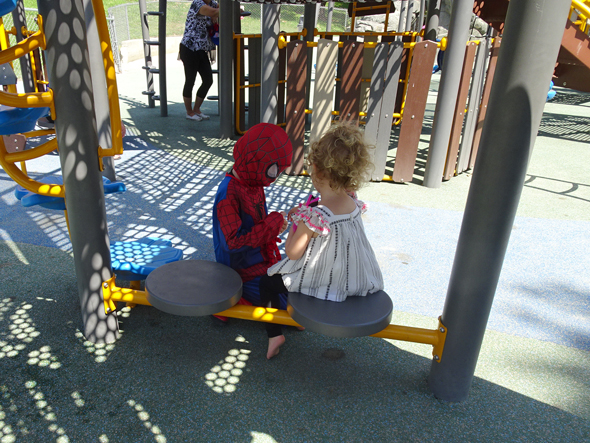 We spent the morning with the kids at the park, then Gramps and I went to the airport.

Until my next update, I remain, your spidey-sense correspondent.