Los Angeles, California:  As mentioned previously, Lisa chaired the committee for Leo's school auction this year and we promised to keep the kids out of her way this weekend. Dave and I arrived to LA in time for an early dinner with the kids, then kept them all day (and overnight) Saturday so Lisa and Lenny could concentrate on the auction to raise funds for Leo's public school. As their house is a warehouse of auction items and the dining room table is auction-central - we again opted to keep the grandkids overnight in a hotel. No need to hassle Lisa with guests, and much more fun for the rug-rats to hang with Bubbe and Bubba in a hotel.

After Lucy's ballet class on Saturday morning we took the kids to an old-school coffee shop for a late breakfast/early lunch. 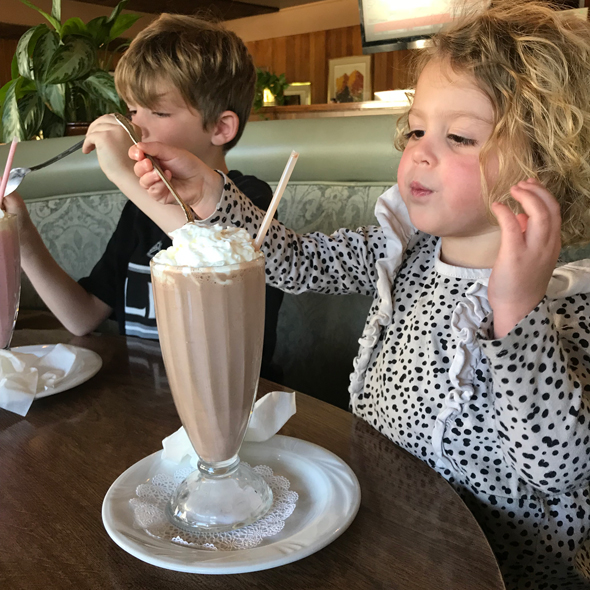 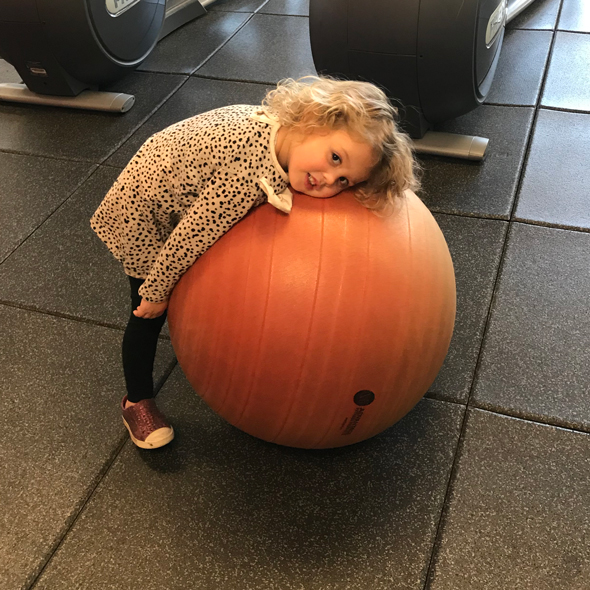 Poor Lucy (still not quite 30 pounds at 3 years old) was too short to reach the pedals on any machine, and not strong enough to lift weights.

Since it was too chilly to do much outdoors, I ordered tickets for Early Man at the theater at The Americana (an upscale outdoor mall in Glendale). This film is about cave-type-people playing soccer against Bronze Age bullies. The kids liked the movie... though Lucy climbed onto my lap during a few "scary" parts.

After the movie, we walked around the Americana. The grounds were decorated for Lunar New Year, so we explored a bit. Lucy asked if I would buy her a toy at one of the kiosks selling all sorts of toys she did not need. I said no. She pleaded again. Again, I said no and that she did not need more toys. (Maybe if the toys on display would have been of a better quality or even slightly educational... but they were all plastic crap.) She pouted and stuck out her lower lip: 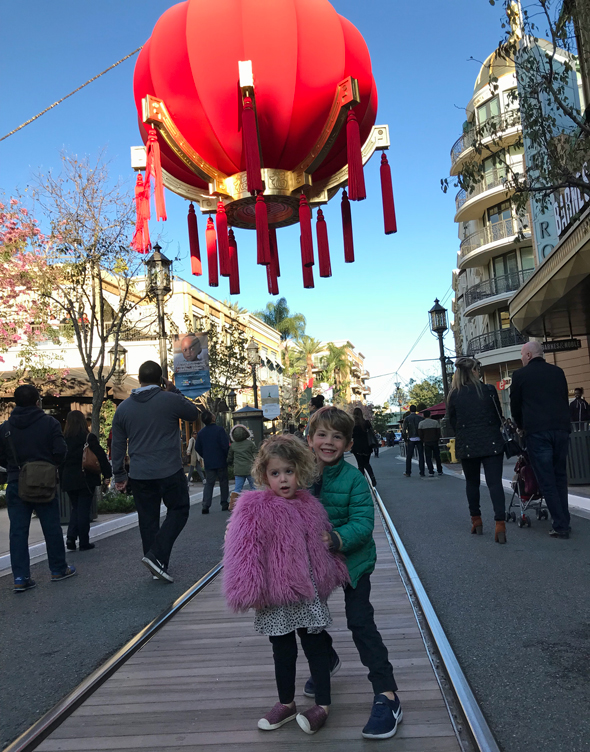 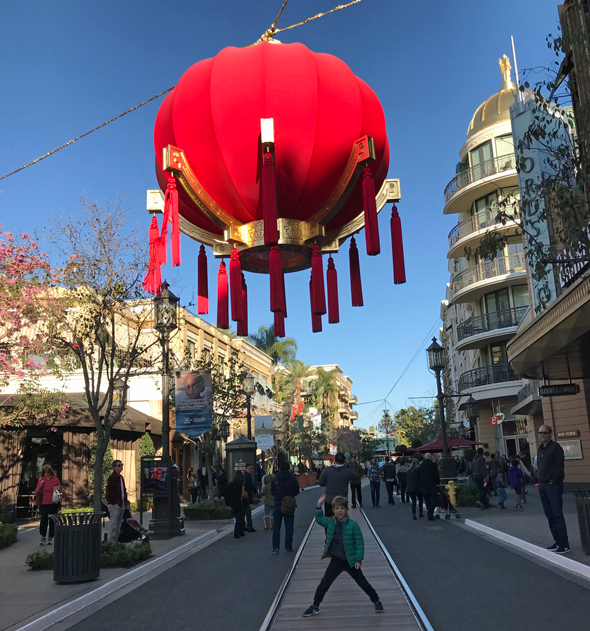 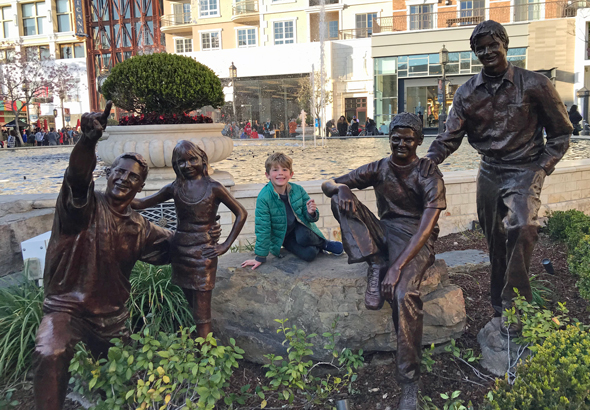 More posing after tossing pennies into the fountain at The Americana

Next on the agenda was dinner at Trattoria Amici - one of our favorite Italian restaurants in the area, and famous in our family as the place Lisa's water broke before delivering Leo.

The kids were really well-behaved during dinner. They had the kids special: penne with butter... and a scoop of ice cream for dessert. Total lack of vegetables of any type. Leo and Lucy were so patient while their grandparents enjoyed two courses, I complimented them. Then Lucy asked if I remembered the time she didn't cry when I refused to buy her a toy.

After dinner there was some rough-housing on the (fake) lawn at the Americana, resulting in this: 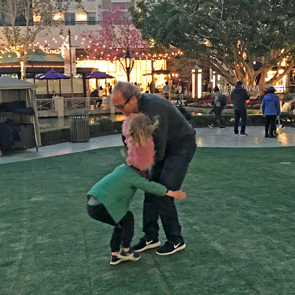 And one last (flash photo) pose in front of another New Year display.

Off to baths and bedtime at the hotel. Another wonderful day with our precious grandchildren.

NOTE: Auction was a huge success! (Not to brag, but with Lisa in charge... well, there was never a doubt in my mind.)

Until my next update, I remain, your helpful correspondent.