Los Angeles, California: The fridge repair will just have to wait - we had a lunch date in Los Angeles. The RV fridge is completely empty, cleaned, and the doors are propped-open.

I'll think about that tomorrow.

Kris and Steve packed their bags and we drove west to LA to meet Lisa and the kids at the fabulous newly-rejuvenated Grand Central Market downtown. One of the oldest markets (opened in 1917) in Los Angeles, the building is once-again an active gathering place due to hip new vendors. 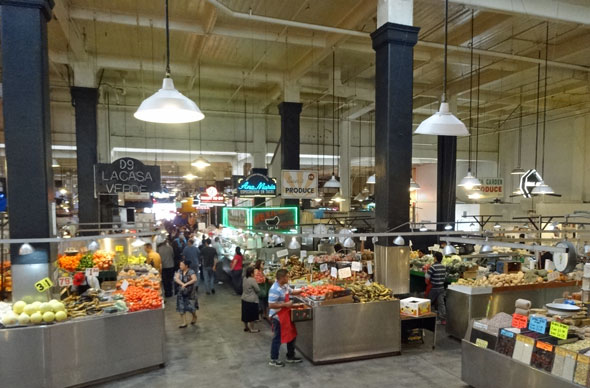 Lisa had not yet visited the new space (something about having a newborn?), so we agreed to meet after Leo's half-day preschool to explore the food market. I wanted to have the OG sandwich from Wexler's Deli - a traditional-styled Jewish deli that chef/owner Micah Wexler calls "Jewish Soul Food". All meats and fish are smoked in-house daily. 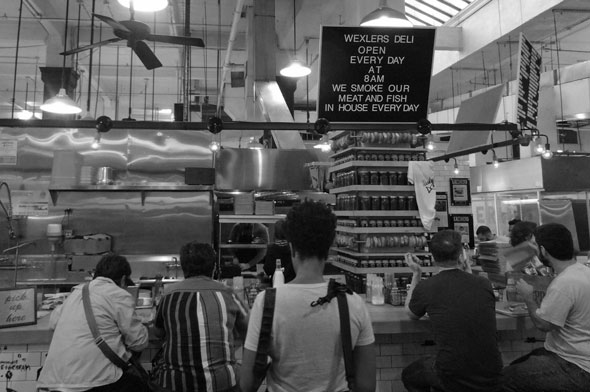 The OG is made with house-cured pastrami and mustard and is served on rye. That is it. $11. DT and I split the monster and I can truly say this was the best pastrami I have ever eaten. (So far. The smoked pastrami short rib sandwich at Fred 62 still holds a warm spot in my culinary-clogged heart.) 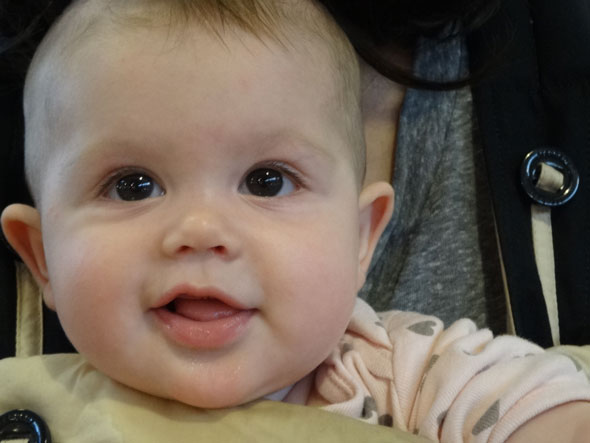 But who could think about food when this delightful face was smiling at me? Nearly six months now! Lucy is trying to sit-up and can roll-over like it's her job. Mostly she just smiles, babbles and wiggles. There is nothing like a baby girl!

It seemed everyone in our group went on their own food quest and returned to the table with something different. Steve and Leo had pizza, Kris tried a Thai stir fry, Lisa had a Cobb salad, Dave and I split the pastrami sandwich from Wexler. 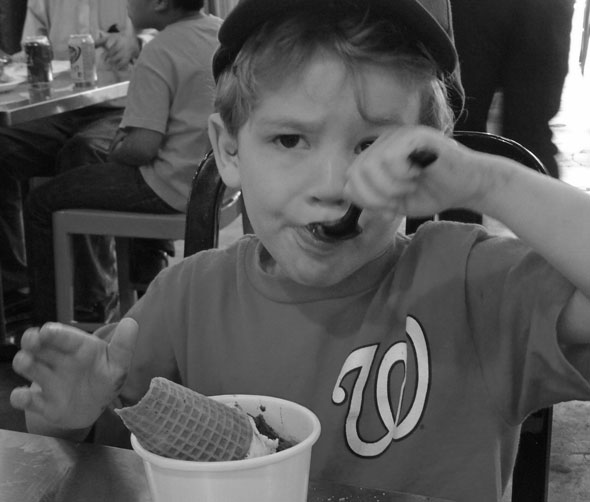 After lunch, Uncle 'Teve' bought Leo an ice cream cone from McConnell's Fine Ice Cream. Steve, experienced father of two, knew to also ask for a paper cup and spoon. It did lessen the mess and clever Leo chomped down on the end of the cone first. 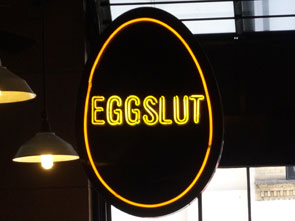 Great neon signs - old and new - decorate the Grand Central Market. Egg Slut has a cult following with their innovative egg sandwich creations, and Belcampo butcher is all about the meat. Organic. Grass-fed. (Yep. $34 per pound for a New York steak.)

Grand Central Market has fresh fruit, vegetables, bakers, butchers, florists, cheese mongers, wine, beer, dry grocers, ice cream and anything else you could need to prepare a gourmet meal at home. If you don't like to cook, you can find something delicious at the many food purveyors/restaurants in the market. Next time you are in Los Angeles, take a few hours to visit this lively market.

After our lunch/food fest/market tour (I want to go back with a cooler and working refrigerator to bring my purchases to) (insert sad face here), we took a bit of a hike up to Grand Park - a park for "everyone" - in Los Angeles that stretches above City Hall for several blocks. Leo loves this park because they have a spray fountain for tykes to play in and it was such a lovely warm day. 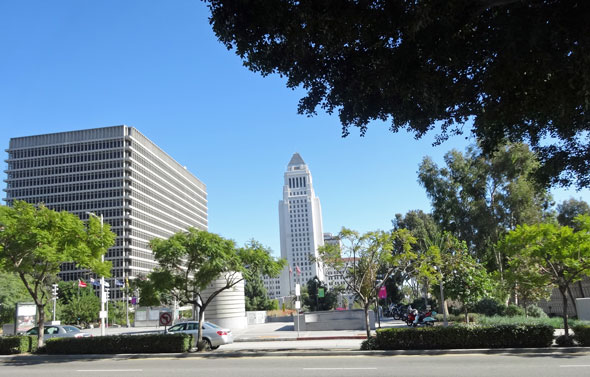 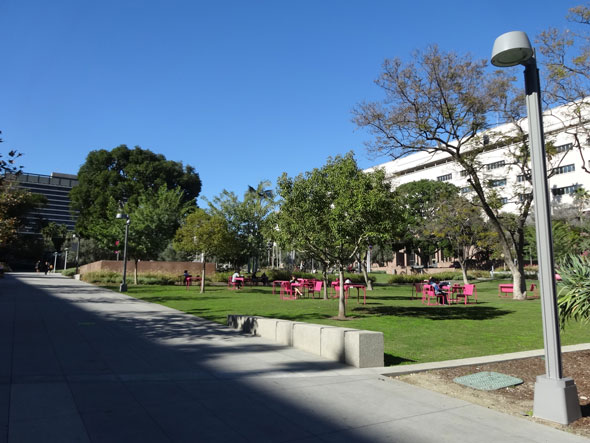 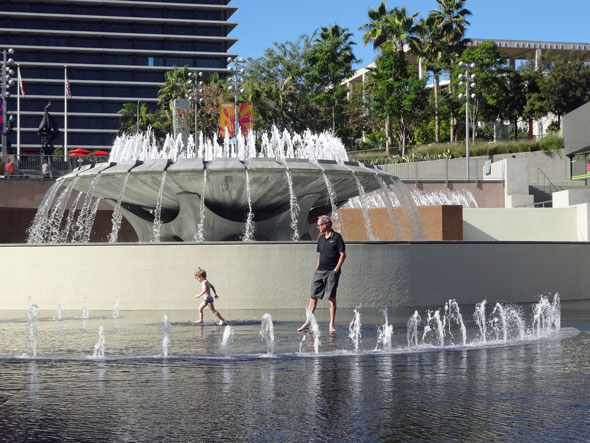 Boy and Bubbe in Fountain: boy may be in his his underwear and may have his hair in a top-knot. 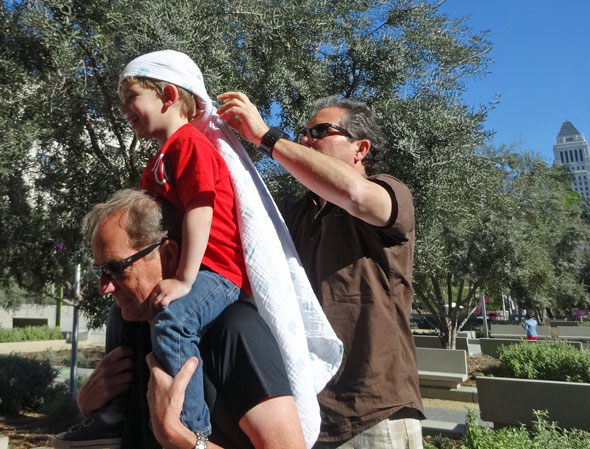 After an hour in the fountain, Uncle Teve wrapped Leo in a flowing turban and
we all headed back to our cars parked at the Grand Central Market. 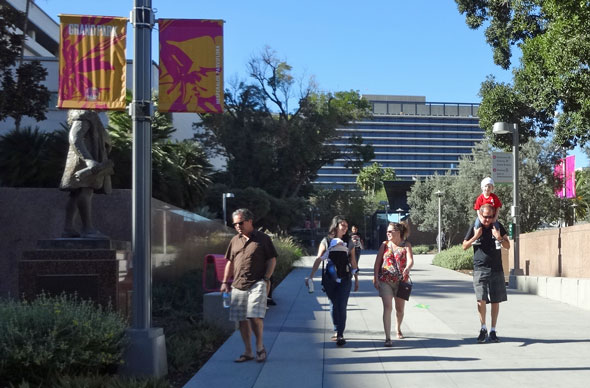 The Lovely Lisa (with Lucy), Kris, Bubba (with Leo)

Leo had a play-date, so we had a few hours to kill in Los Angeles before meeting the kids for dinner. Since it was Steve's birthday week and he just loves brew pubs, we took him to a Los Angeles brewpub - Golden Road Brewery - so he could sample the local beer.

We sampled beers and we may have also sampled their appetizer-portion of fried avocado tacos... only because we could not figure out how anyone could fry an avocado and put it in a taco. 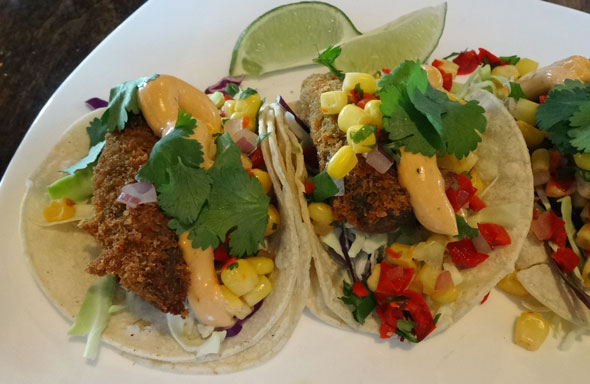 Seems the avocado slices are battered and deep fried, placed into a mini flour tortilla with corn, red pepper, napa cabbage, cilantro and a drizzle of chipotle crema. Wow. $9.

Next in our full-day of Los Angeles excitement, we checked-into a hotel near the Burbank airport, had a good rest, and later, met the kids (adult kids; grandkids had a sitter) at All'Acqua for dinner. (We used Uber towncar service tonight... the Goddess is so hip... and so safe.)

Recently opened by the same geniuses running barbrix, All'Acqua is an Italian restaurant in Atwater Village. (All'Acqua roughly translates to "at water" in Italian... so clever!) We were so happy to learn they have a super-high-temperature wood-burning pizza oven and all the pastas are made in-house. With six people (Lisa, Lenny, Kris, Steve, me and DT) at the table, we were able to order a wide selection of pizzas, salads, appetizers and pasta dishes. Everything was just over-the-top. So excited this little gem has opened in Atwater Village. 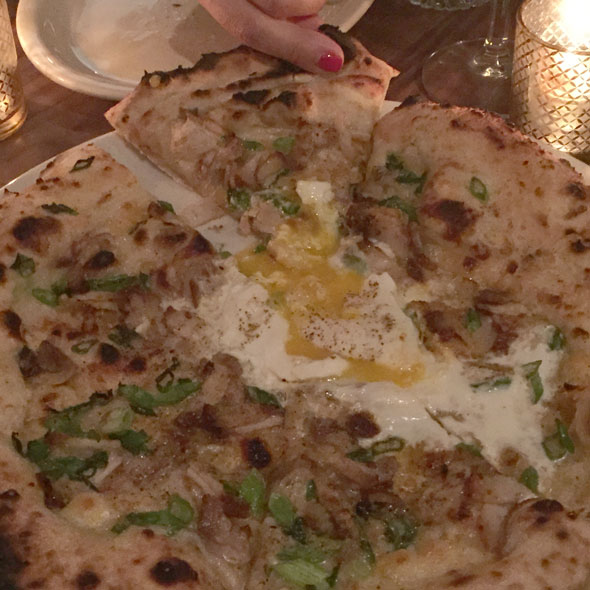 Pizza with an egg in the middle

Until my next update, I remain, your "I am walking 5,000 miles tomorrow" correspondent.

« Back to the Ponies Pardon Our Dust »