I forgot to tell you…

Los Angeles, California: I may have failed to mention that for the past week Lisa and Lenny have been on safari in Africa. Oops. Just slipped My Little Brain. Lenny's parents have taken care of Leo (at Leo's house) last week and today they fly home to DC and we take over Leo's care until Lisa & Lenny return next week.

The African (photo) safari had been planned for quite a while. Long before Leo made his appearance. With Leo under the loving care of his grandparents, the kids are able to travel (though they miss Leo terribly). It is an interesting choice of holiday: Lisa is terrified to fly - especially in little planes - and Lenny is terrified of snakes and bugs. Africa (and all her teeny bush planes and all her critters) would be the last place I would have figured Lenny & Lisa would venture.

I would be wrong.

Our Girl, who hates to fly, received her first passport at 3 weeks of age. Born in The Philippines, Lisa had been on four continents before she was five years old. 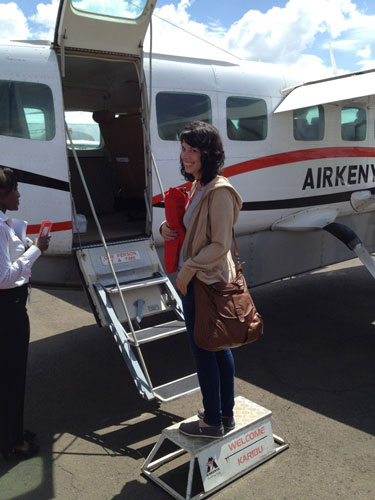 And now the brave little thing is flying around Kenya and Tanzania in teeny little planes and landing on dirt strips! And, look, she is smiling! Lenny has yet to encounter a snake - but they have seen lions, giraffes, elephants, a cheetah, monkeys, birds and all sorts of other "deer-like" creatures. Though at remote safari camps, the kids have phoned us every day and have sent quite a few photos. They have even face-timed (video chatted) with Leo several times. Apparently the Wild African Savannah isn't quite as untamed as one would think. 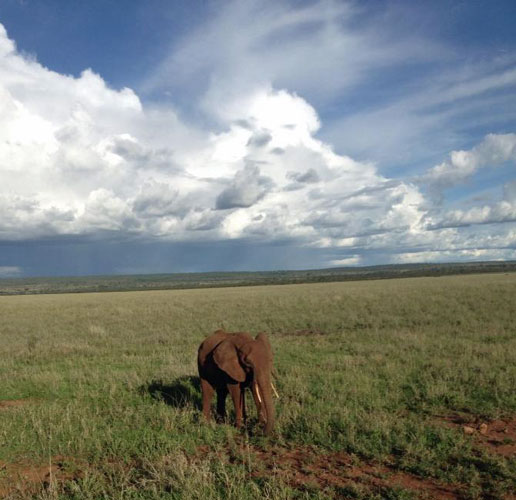 So we headed-over to El Lay this afternoon to relieve Lenny's parents and settle-in to care for the Cutest Baby Ever for the next week. We are excited for our task, but know there is a reason babies are born to young people: young people have more energy.

Lisa asked that I text her tons of photos of Leo. I try, Dear Reader, I try. The kid is a moving machine and there isn't a camera fast enough to capture him. Usain Bolt runs in slow motion compared to Leo. 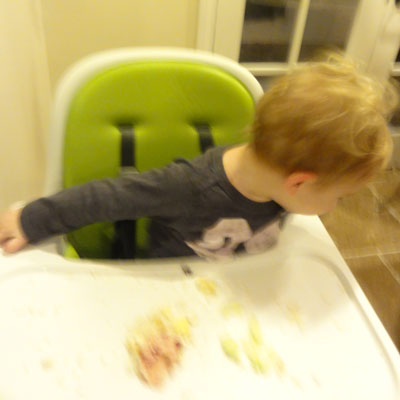 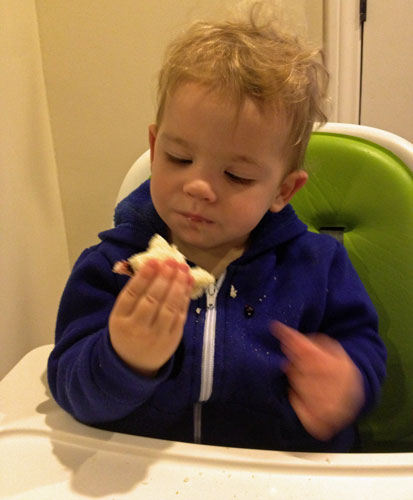 one of Lisa's favorite breakfasts. 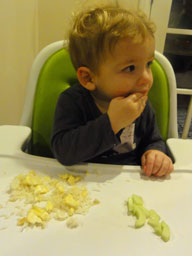